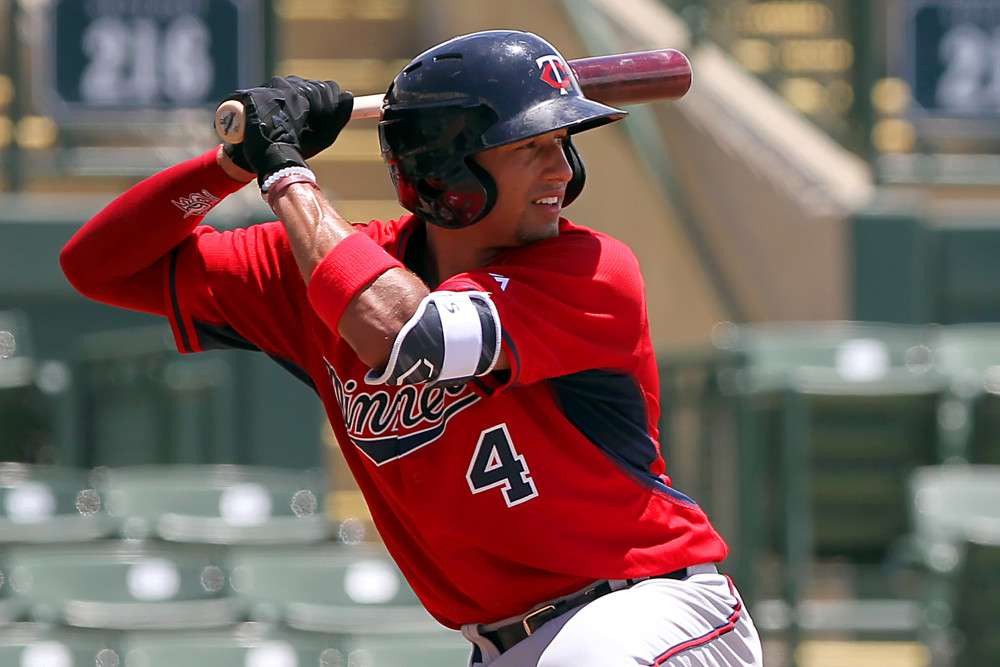 The Minnesota Twins put together one of the biggest turnarounds last season. After losing over 100 games in 2016, they roared back to finish 2017 at 85-77. They made their first postseason appearance in seven years and likely set the tone for the next few seasons. While the Twins are righting the ship at the big league level, their top prospects are working hard to join them.

The Twins signed Diaz out of the Dominican Republic in 2013 when he was just 17 years old. There’s been a bit of a learning curve, but 2017 marked the second straight solid season for Diaz. His raw power has been no secret, and now he’s showing he’s more than just a power hitter. Diaz batted .292 at the Single-A level with 12 homers and 68 RBI. He’s focused on squaring up the ball more, and it has done wonders for him at the plate.

Stewart may not be the future ace the Twins hoped for when they made him the No. 4 overall pick in 2013. He’s been slowed by injuries and hasn’t made the transition to being a full-time baseball player smoothly. That being said, there’s still plenty room of room to achieve for Stewart. He made 16 starts at the Double-A level and posted a respectable 4.09 ERA and 1.52 WHIP. While he’s improved in some areas, control has remained an issue. Assuming he can figure things out, Stewart still has the ceiling of a middle-of-the-rotation starter.

Jay has dealt with a slew of injuries since turning pro. Despite reaching Double-A as a starter, the injuries forced Jay into a relief role. This was far from a bad thing, as he spent most of his college career as a relief pitcher. For the second straight season, Jay was bitten by the injury bug. He was limited to just eight games across three levels. He pitched well in his limited appearances, posting a 3.09 ERA and 1.29 WHIP in 11.2 innings. Jay could likely make an impact at the Major League level sooner rather than later, but only if he can stay healthy.

Jorge proved himself as an innings eater over the past few seasons. He pitched 149 innings at the Minor League levels and even made a couple of starts with the Twins in 2017. In 22 starts at Double-A, Jorge posted a 3.54 ERA and 1.33 WHIP in 134.2 innings. He didn’t have the same success at Triple-A and the Majors. In two starts with the Twins, Jorge didn’t have his best stuff. He pitched well enough to earn his first big league win but was lit up in his other start. Jorge won’t blow anyone away, but he has the durability to be valuable at the big league level.

Kirilloff made a huge splash as a professional immediately after being drafted. The Twins took him with the No. 15 overall pick in 2016. He rewarded them by winning an Appalachian League Player of the Year Award in his first professional season. Unfortunately, his full-season debut was over before it began when he went down with an elbow injury. It ultimately required Tommy John surgery and kept him sidelined the entire seasons. When healthy, Kirilloff has the tools to hit for both average and power. We’ll have to wait a little longer to see him put everything together, though.

Javier made his United States debut in 2017 and did not disappoint. He’s fully recovered from a hamstring injury that kept him off the field most of last year and is back to full health. In 41 games, he let his tools do the talking, batting .299 with four homers and 22 RBI. At just 18 years old, he already has plenty of pop and more should be on the way. If he can stay on the field, he shouldn’t have a hard time living up to his expensive price tag.

After losing two entire seasons to an elbow injury, Romero finally put together a full season in 2017. The stuff has always been there for baseball’s No. 71 overall prospect, but he hasn’t had a chance to fully show it. That changed in 2017 after Romero made 23 starts at Double-A. He managed 125 innings and posted a nice 3.53 ERA and 1.35 WHIP. His command was superb, as it was before the injury, if not better than before. Romero struck out 120 batters while walking just 45. There was doubt that he’d be able to be as dominant as he was before the elbow injury, but Romero proved doubters wrong in 2017.

Gonsalves continued his impressive rise through the minors in 2017. After dominating last season, Gonsalves enjoyed much of the same success. In 15 starts at Double-A, he was 8-3 with a 2.68 ERA and 1.03 WHIP. He also had great control with a solid 96:23 K:BB ratio. Gonsalves didn’t quite have the same success in four starts at Triple-A. Nonetheless, he’s still moving in the right direction, which is toward his ceiling as a No. 3 starter.

Gordon doesn’t have some of the flashy tools that his peers do, yet he still ranks as the second-best prospect in the Twins’ system. That’s because he’s a fantastic all-around player that excels at all parts of the game. In 122 games at Double-A, he hit .270, showed some pop with nine homers and swiped 13 bases. He earned All-Star honors last season and proved it wasn’t a fluke with a strong 2017 campaign. While the speed and contact abilities are no surprise, Gordon has shown more pop than scouts expected. What’s even more exciting is that there appears to be more on the way and will help him develop into an even more well-rounded player.

The Twins liked Lewis enough to take him with the top overall pick in this year’s Draft. With one look at his tool-set, it’s no surprise that he was so highly regarded leading up to the Draft. Lewis is a pure athlete with the ability to excel at all parts of the game. He’s a contact-first hitter but has already started to tap into his raw power. He also has plus-speed that has helped him on both the basepaths and in the field. In his first 54 games as a professional, Lewis batted .279 with four homers and 18 stolen bases. He also showed a great ability to work walks and wasn’t too aggressive at the plate. Lewis is well beyond his years as far as make-up and professionalism go and that should help him as he climbs the ladder.