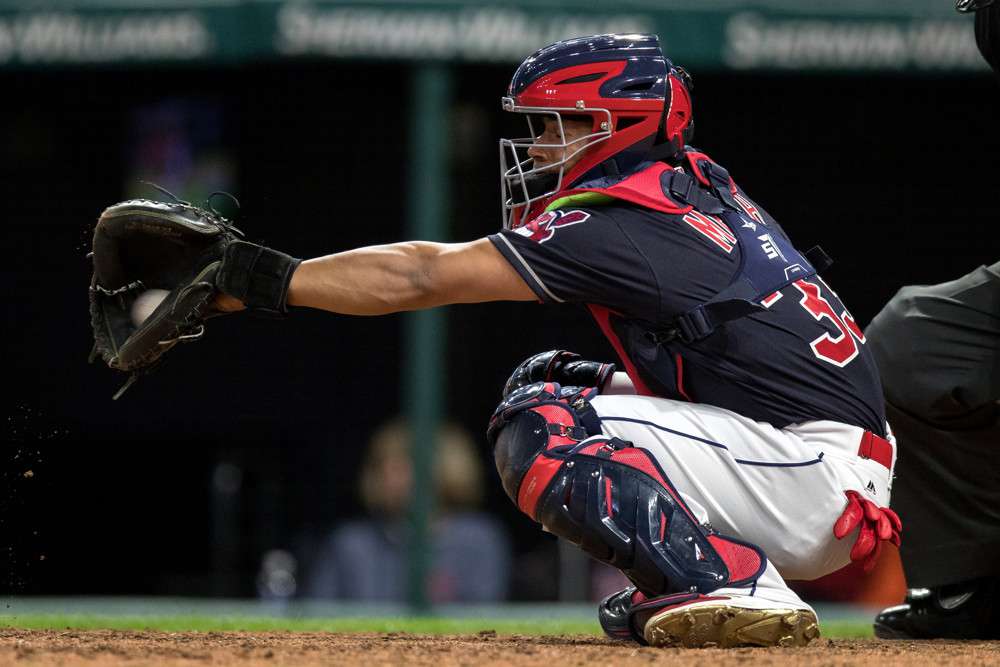 The Cleveland Indians came oh so close two seasons ago, falling just short of a World Championship. After finishing as one of the top teams in baseball last season, they failed to finish the deal once again. Despite falling short, the Indians undoubtedly have one of the best young teams in baseball. What’s even more impressive is that the talent is still coming. The Indians have the ability to be very good for a long time and these prospects should play a big role in that.

In just his first full season as a professional, Civale ascended to High-A Lynchburg. There, he showed off his exceptional control and pitchability. In 107.2 innings, Civale walked just eight batters while striking out 88. His great combination of pitches and the ability to place all of them has helped him flourish as a starter. Predominately a reliever in the past, Civale’s 2.59 ERA, and 0.98 WHIP should be more than enough to prove he can stay. At 22 years old, Civale has proved he can handle tougher competition and pitch deep into games. There’s no reason to believe he can’t remain a starter.

For the second straight year, Castro played his way onto an All-Star team. Despite regularly being the youngest player on his team, he’s showed great professionalism and maturity. That, coupled with his impressive tools, has helped him climb into the Indians’ top 10. He increased his stock even more after an impressive 2017 where he showed off all of those tools. He batted .290 with 11 homers and 19 stolen bases for High-A Lynchburg. Castro still needs some more experience under his belt but he has all the makings of an exciting future.

Benson has plenty of tools but has yet to put them all together at the professional level. This was the case in 2017, where he showed flairs of hot streaks but was unable to maintain it throughout the season. In 56 games playing in the New York-Penn League, Benson batted .238 with 10 homers for Mahoning Valley. While his average wasn’t where the Indians wanted it to be, he still impressed in other ways. He was able to work 31 walks in those 56 games, as well as swipe seven bags and leg out five triples. The first-round pick has a long way to go, but at just 19 years old the Indians won’t be rushing him.

Allen proved just how special of a player he is by defying the odds in 2017. After a breakout season in 2016, he suffered a hamstring injury early on in the season. He worked his way back, striving at the plate with great discipline and on the basepaths with speed. Allen played well enough after returning from injury to appear in his first big league game. He spent 25 games with the Indians and collected eight hits, including a double and a homer. While there isn’t currently a spot for him on the Indians’ starting roster, he should be able to break camp with the team. When a spot opens up, Allen should serve as a great on-base threat at the top of the order.

Holmes’ first full season as a professional didn’t quite go according to plan. He missed time, appearing in just 41 games for the Rookie League Indians, and batted just .182. The Indians drafted Holmes for his elite speed, but he was unable to show it off in 2017. He posted a disappointing .220 OBP and swiped just five bags. However, Holmes is still just 18 years old and has plenty of time to develop as a hitter. When he does, he should be able to use that dynamic speed and be a huge threat at the top of the order.

The Scrappers won their division in the New York-Penn League with ease, and Jones was a huge reason why. In 62 games, he led the team in nearly every offensive category. His .317/.430/.482 slash line was among the best in the entire league. The 19-year-old has an advanced approach at the plate that allows him to work his walks and find his way on base. He’s also begun adding power, and more should be on the way as he develops. Jones’ offensive ceiling is enormous and should help him reach the big leagues quicker than most.

Chang started the season off on a tare, earning All-Star honors in just his first season at Double-A. His average plummeted as the season went on, finishing at .220. However while his contact dipped, his power numbers made up for it. Chang nearly doubled his career high in homers, finishing with 24 on the season along with 66 RBI. While the power increase is promising, his plate discipline has taken a big hit. Chang struck out a career-high 134 times and walked just 52 times. He has plenty of tools to succeed at the big league level but needs to adjust his approach and be more selective at the plate.

Bradley already has a minor league MVP award under his belt and was coming off a career year entering 2017. He started the year at Double-A and continued where he left off last year, despite the tougher competition. Bradley is a dynamic hitter that has a knack for making contact and a ton of raw power. He showed that in 2017 with 23 bombs and 89 RBI. Bradley’s selectiveness at the plate took a bit of a step back after 2016, as he walked just 55 times compared to striking out 122 times. With a full year at Double-A under his belt, Bradley could realistically start next season at Triple-A and possibly reach the Majors before the end of the season.

McKenzie emerged as one of the top pitching prospects in the game last season and proved it even more in 2017. After a dominating first half with High-A Lynchburg, McKenzie represented the Indians in the All-Star Futures Game at the break. He kept it up after the break as well, finishing the season 12-6 with a 3.46 ERA and 1.05 WHIP. The tall right-hander dominated with his great combination of stuff and pinpoint control. He finished the season with a K:BB ratio of 186:45, one of the best in the system. McKenzie has proven his durability so far, and if he continues this trend, he could rise through the ranks quicker than expected.

Mejia has been one of the most impressive prospects in the game for the past few seasons. The top catching prospect in baseball made his Major League debut in 2017 after dominating the minor leagues once again. Mejia batted .297 with 14 homers and 52 RBI in 92 games at Double-A en route to his second straight Futures Game appearance. At the big league level, Mejia played 11 games and collected two hits. While he wasn’t expected to make a bid at the starting job, he got his feet wet, which will be huge moving forward.