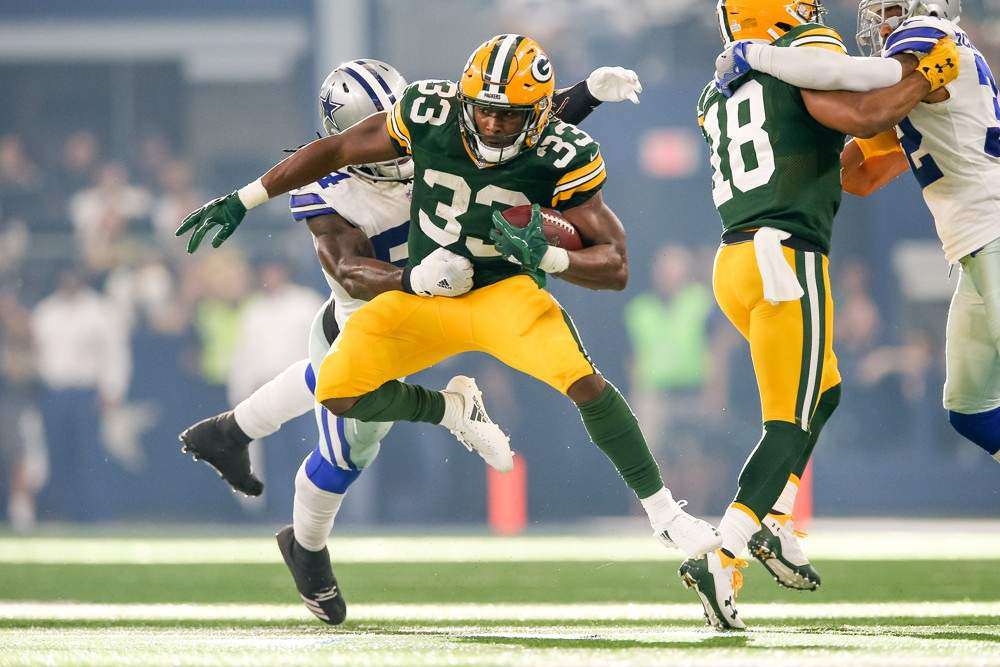 Week 5 is upon us and Fantasy Football is entering the realm of the known. We know that the Vikings can’t run the football. We know that Kenyan Drake, Derek Henry, and Dalvin Cook are not who we thought they were. This makes finding Week 5 DFS values a little easier in a week with great matchups.

In Week 5 Dolphins/Bengals, Falcons/Steelers, Chargers/Raiders, and Redskins/Saints are showdowns that I am targeting for daily Fantasy. This is reflective in my rankings. Antonio Brown and Juju Smith-Schuster, are my WR1 and W2, Jordan Reed is my TE1, and Melvin Gordon is my RB1.

While these guys should have highly productive days in Week 5, there should be enough points in these games to sustain multiple Fantasy options. Let’s check out some of my other favorite Week 5 DFS values.

Jones is still remarkably only $4,300 on DraftKings despite 15.2 Fantasy Points in Week 4. Look for those points to double in Week 5.

For what it’s worth, Jones’ 38-percent snap share outpaced both Ty Montgomery and Jamaal Williams (37 percent from Willams. Still counts!). The Packers running back had 11 carries for 65 yards and a touchdown but only had one catch for five yards against the Bills.

The Lions have allowed the most rushing yards in the NFL (631 through four weeks) and have allowed at least 30 points to running backs in three of four games this season.

Fire up Jones as his opportunity and production should improve for Week 5 DFS owners.

Ginn Jr. has caught two touchdowns this season and has played on over 60 percent of Saints offensive snaps this season. The Redskins have allowed three touchdowns to wide receivers in their last two games.

Now that Mark Ingram is back, the Saints running game is going to be more effective. This should set up play-action and allow Brees more time to find his receivers. Ginn received at least six targets in his first three games of the season but was limited to only three in Week 4. Consider Ginn Jr. to be high upside play with low ownership. He is only $4,400 on DraftKings which makes him a great Week 5 DFS value.

Ekeler is a great example of buying low for a piece of a high-powered offense. The Chargers are third in the NFL in passing touchdowns (11) and two of them have gone to Ekeler.

Ekeler should receive four-six targets along with eight to 12 carries in this game. The speedy running back with superior pass-catching skills has racked up at least 12.8 Fantasy points (DraftKings scoring) in three of four games and is averaging 14.8 per contest.

Fire up Ekeler as one of your Week 5 values for only $4,200 and pay up at other positions.