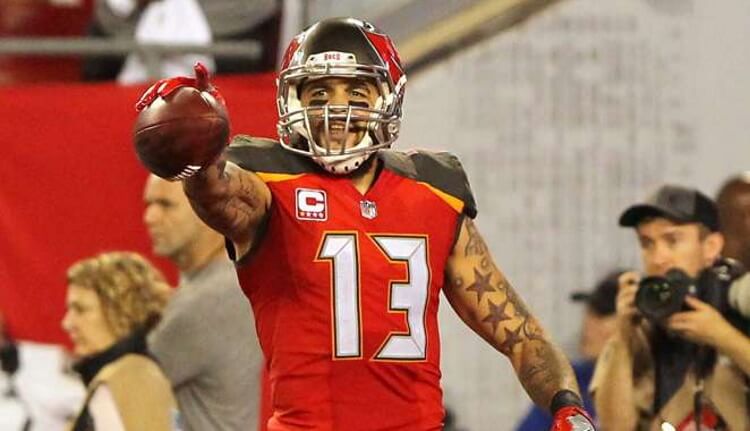 Week 4 is here and there is a lot to go over regarding this week’s Flex rankings. First, a couple of programming notes. Hurricane Ian seems to have weakened after making landfall in Florida. Hopefully, there is as little damage and destruction as possible and everyone in the area is safe. I also bring this up because the weather is likely to have some impact on this weekend’s games. Several games are likely to be impacted by rain and/or wind. My current Week 4 Flex rankings do not factor that in, but it may be something to consider depending on the forecasts. Any game that features high winds is likely to see a dip in passing game production. If you are choosing between a running back and a receiver for your Flex spot, you may want to incorporate the weather report into your decision-making process.

Also, note that there is a London game this Sunday. Yes, it is (already) that time of year. The Minnesota Vikings will be playing the New Orleans Saints overseas. Players from these two teams will lock early, so keep that in mind when setting your lineups. OK, now that all that good stuff is out of the way, let’s get to the Week 4 Flex rankings! I ranked over 300 players based on half-PPR scoring. As always, feel free to comment below or on Twitter with any specific start/sit questions you may have.

Week 3 was likely a rough one if you roster a running back from the NFC North. Dalvin Cook, D’Andre Swift, and David Montgomery all left their respective games due to injury. Cook stayed in long enough to provide double-digit fantasy points. But Swift and Montgomery could only watch as their backups blew up for huge games. Khalil Herbert emerged from Week 3 as the top overall scorer among Flex players. He ran for 157 yards and two touchdowns against the hapless Houston run defense. Jamaal Williams finished as the overall RB2 for the week on the strength of a 22-touch, two-touchdown performance. Williams enters Week 4 tied for the NFL lead with four touchdowns. If Swift sits as is expected, it is hard to argue against Williams being an RB1 this week. Only Houston has allowed more rushing yards to opposing backs than the Seattle Seahawks.

As you can gather from my Week 4 Flex rankings, I do expect Dalvin Cook to play this week. I currently have him as my RB21, and I will move him up if there are no setbacks. He will reportedly wear a harness for his shoulder and give it a go. I will probably end up ranking Cook somewhere in the 10-15 range among running backs. The bottom line is that you are starting him if he is on your roster. Montgomery has yet to practice this week, and I believe Chicago will give him a week to heal up. I have Herbert ranked as a low-end RB2, but he may sneak up a few spots as well. The Giants have allowed the third-most rushing yards to enemy backs thus far. They are also one of four teams who have given up multiple touchdown receptions to opposing running backs.

J.K. Dobbins made his return from a torn ACL last week in Baltimore’s win over New England. Dobbins earned nine touches and totaled 40 yards from scrimmage. He should garner more work in the coming weeks, but he is not a recommended Week 4 Flex play. Justice Hill could be a sneaky add in deeper leagues. The fourth-year pro ran for 60 yards and earned praise from head coach John Harbaugh. He should continue to spell Dobbins for the foreseeable future. The Ravens listed Kenyan Drake as a healthy scratch and did not give Mike Davis any touches last week. Anyone holding out hope for either veteran can likely cut bait at this point. Besides, Baltimore’s best running back also happens to be their quarterback.

The Tampa Bay Buccaneers boast perhaps the most talented but also most frustrating group of wide receivers from a fantasy standpoint. Russell Gage was the primary beneficiary of multiple Bucs wideouts missing their tilt against the Green Bay Packers. With Mike Evans out due to suspension and Chris Godwin and Julio Jones sidelined with injuries, Gage caught 12 passes for 87 yards and a touchdown in Tampa’s loss. I am not expecting anything close to the repeat this week from Gage, though through no fault of his own. Mike Evans will return from his one-game suspension and should reclaim the lion’s share of targets from Tom Brady. Chris Godwin and Julio Jones may also return to the lineup after missing each of the last two games. Godwin would be the top Week 4 Flex option for me among the remaining Buccaneer wide receivers.

The New York Giants are dealing with injuries and ineffectiveness at the wide receiver position. Leading receiver Sterling Shepard tore his ACL on Monday night and will miss the remainder of the season. Kenny Golladay looks dusted, while Kadarius Toney continues to miss time with a hamstring injury. Richie James has emerged as a reliable option, hauling in 14-of-17 targets from Daniel Jones. Despite being one of the week’s most popular adds, James is still rostered in just 33 percent of Fantrax leagues. I think James is easily the Giants wide receiver I would want this week. Having said that, I am not exactly expecting a track meet against the Bears this week. Daniel Jones and Justin Fields have combined for 137 passing attempts this season. For reference, Joe Flacco has 155 and Kyler Murray has 141.

Speaking of Arizona, who had Greg Dortch as a top-24 fantasy wide receiver heading into Week 4? Everyone who rosters Rondale Moore just simultaneously clenched their fists in frustration after reading that last sentence. Moore got in a limited practice on Wednesday, but I am not expecting much out of him this week. Dortch could be a Week 4 Flex play depending on your other options. However, I am not expecting Arizona to throw as much as they have been. James Conner is likely to be more involved this week depending on his health. Marquise Brown is the only Arizona wide receiver I would feel comfortable starting this week. Those who have Dortch should consider selling high given that Moore should return to the team sooner rather than later.

While we can understand Dortch’s emergence as it relates to Moore’s injury, I do not have a logical explanation for Mack Hollins and Zay Jones being top-30 fantasy wide receivers through three weeks. Hollins currently leads the Raiders in receiving yards. Y’know, the same Raiders who have Davante Adams, Darren Waller, and Hunter Renfrow. And while I don’t think I would go out of my way to start him as a Week 4 Flex, I wouldn’t have started him in either of the last two weeks, and we saw how that turned out. There is also this interesting nugget courtesy of Ahaan Rungta:

It seems this trivia question was impossible. We are closing in on an hour; no correct answers. The reveal: it is Mack Hollins. Playing well on special teams and is second on the team in red zone targets. 👀https://t.co/2K6sZOCpGs

So perhaps I am not giving Collins enough credit. The Raiders certainly seem to be buying what Hollins is selling, and they are giving him plenty of opportunities to show what he can do. I am going to make him beat me again this week, but he may very well do just that.

I am a bit more willing to buy into Jones’ potential breakout. First of all, Hollins is 29 and has already set a career-high in receiving yards. Though Jones has yet to live up to his second-round draft pick billing, he does at least have a couple of 500-plus yard seasons under his belt. More than that though, is that I am starting to believe in Jacksonville’s offense. Trevor Lawrence looks like a different quarterback in Doug Pederson’s scheme. The second-year starter is in the top 10 among all quarterbacks in passing touchdowns, QBR, and quarterback rating. Christian Kirk is emerging as the team’s top wide receiving threat, but Jones is certainly in the mix. He is tied for 14th in the NFL in receptions and the top 30 in targets. I think Jones is an intriguing Week 4 Flex play against the Philadelphia Eagles.

As of this writing, I have pretty clear top-12 tight ends for Week 4. After that, I have several others bunched together. Among this group is Tyler Conklin, who currently checks in as the overall TE3 on the season. Only Mark Andrews has more receptions among tight ends than Conklin through three weeks. Part of that is because the Jets have faced a ton of negative game scripts. But that is also likely to continue throughout the season. I do not expect Zach Wilson to target Conklin as heavily as Joe Flacco did. Flacco is famous for peppering tight ends, to the point where Dennis Pitta was considering an NFL comeback. OK, I made that up, but the point remains. If you want to stream Conklin, I won’t fight you on it. I just think we’ve seen his most productive stretch.