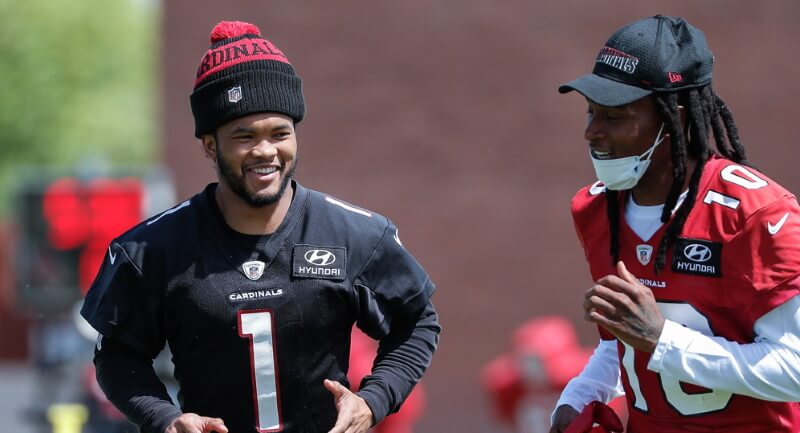 Fall is officially upon us and the 2021 NFL season is in full gear. If you have Derrick Henry, Aaron Jones, or Mike Evans on your roster, you may believe that order was restored in Week 2. If you have Alvin Kamara, Jonathan Taylor, or Allen Robinson, you may be singing a different tune. Whatever your predicament, Week 3 presents another opportunity to get back on the right track. Unfortunately, another week of NFL action brought along with it a fair share of injury concerns. There are plenty of situations to monitor as we approach this week’s games. With that in mind, let’s get right to the Week 3 Flex rankings and positional notes.

Rams running back Darrell Henderson put up a second consecutive top-15 performance last week. The third-year back has found the end zone and eclipsed 80 total yards in each game. However, he suffered a rib injury late in the Rams’ victory. Henderson should be available this week, but managers may prefer that the Rams give him a week of rest. They are up against the defending Super Bowl Champion Tampa Bay Buccaneers. The Bucs have one of the most difficult defenses for opposing running backs to navigate. I would be wary of playing Henderson even with a clean bill of health given the matchup. The injury does not do much to inspire confidence in playing him this week. Henderson is a dicey Flex play for me in Week 3, and I would seek out other options on my roster if possible.

The 49ers’ running back situation continues to be a pain for fantasy managers. Waiver wire darling Elijah Mitchell got the bulk of the work in Week 2 but was largely ineffective. Perhaps the best news for Mitchell truthers was that JaMycal Hasty and Trey Sermon each suffered injuries, putting their status in doubt. Hasty is week-to-week with a high-ankle sprain and Sermon is in the league’s concussion protocol. Mitchell did not escape unscathed, as he is dealing with a shoulder issue. San Francisco signed former Cincinnati practice squad and XFL alum Jacques Patrick to add some depth behind Mitchell. As long as he can stay on the field, Mitchell should get all the work he can handle this week against the Green Bay Packers. I had some fun at the expense of those who blew their budgets on Mitchell last week, but this is a solid bounce-back opportunity.

Josh Jacobs remains sidelined due to the ankle injury that forced him to miss last week’s victory in Pittsburgh. I am not expecting Jacobs to return this week, but I did add him towards the bottom of my Week 3 Flex rankings just in case. Kenyan Drake should be the go-to back for the Raiders again this week. Drake has just 20 rushing yards on 13 carries this season, but has added a handful of catches in each contest to buoy his fantasy value. The Miami Dolphins have allowed over 100 rushing yards in both of their games so far this season. The Bills’ running backs hit paydirt three times in last week’s blowout, so there is a bit of hope for Drake to put together a solid effort in this game. I have him outside my top-24 at running back, but he could be a Flex option for some.

DeAndre Hopkins has three touchdowns in two games, but his usage Is not what we are accustomed to seeing. Hopkins has averaged over 10 targets per game over the last seven years. Through two games, however, “Nuk” has just 12 total targets. His 17.6 percent target share puts him outside the top-50 among wide receivers. Hopkins is also dealing with a rib injury and has yet to practice this week. I believe Hopkins will play, and he has an elite matchup against the Jacksonville Jaguars. Jacksonville has already allowed a pair of wideouts to amass top-five yardage totals in each of their first two games, so fire up Hopkins as a WR1. I am curious to see, however, if Arizona continues to spread the ball around. If they do, Hopkins may not have as high a weekly ceiling going forward as we had previously thought.

Diontae Johnson remains a target magnet in Pittsburgh’s offense. But he may have had one too many targets last week. Johnson hurt his knee on a meaningless play in the waning seconds of Pittsburgh’s loss to Las Vegas. He appears to have avoided a serious injury, but he has yet to practice this week. I currently have Johnson ranked where I normally would, but pay attention to updates heading into Sunday. Former Steeler Antonio Brown has tested positive for Covid-19 and is unlikely to suit up for Tampa Bay’s Week 3 tilt against the Rams. I removed him from this week’s rankings as a result. If he somehow manages to play, I would downgrade him a bit from his normal range considering the circumstances.

In more positive news, Odell Beckham appears on track to make his 2021 debut in Week 3 for Cleveland. He was a full participant in Wednesday’s practice and should see a fair complement of snaps against the Chicago Bears. The timing for Beckham’s return to the lineup is fortuitous for the Browns given the injury suffered by Jarvis Landry last week. Cleveland placed Landry on injured reserve, which will require Landry to miss a minimum of three games. That may put the onus back on Beckham to immediately see a large percentage of targets in Cleveland’s passing attack. However, given the layoff and the nature of his injury, I would prefer to take a wait-and-see approach with OBJ if possible. I realize managers may not have that option, but I have Beckham as a borderline top-100 Week 3 Flex play this week.

For the second consecutive week, the top three fantasy tight ends were (in some order) Travis Kelce, Rob Gronkowski, and T.J. Hockenson. You are always starting Kelce and Hockenson in your TE spot no matter what. But Gronkowski may be a Flex option for those who drafted him behind an elite tight end. The Rams allow a fair amount of production to opposing tight ends in part because their cornerback play is near the top of the league. George Kittle and Mark Andrews have yet to produce at the level their draft price suggests. I would be a bit worried at their lack of involvement considering the injury and effectiveness of some of their teams’ other skill players. Another subpar week may result in dropping them below the likes of Gronkowski, Kyle Pitts, and Noah Fant.

Evan Engram is reportedly due back for Sunday’s game against the Atlanta Falcons. Engram has been out for four weeks now because of a calf injury. Soft tissue injuries make me nervous, as there is usually a greater risk for re-injury. At the same time, Engram is returning in a prime spot this week. He is slated to return against an Atlanta defense that has already allowed three touchdowns to opposing tight ends, including two to Gronk last week. Only Baltimore has given up more fantasy points to tight ends so far this season. And I give them a pass considering they have faced Darren Waller and Travis Kelce. I would not put Engram in the top-12 range among tight ends for this week, but he could be a solid play in leagues with tight end premium scoring.