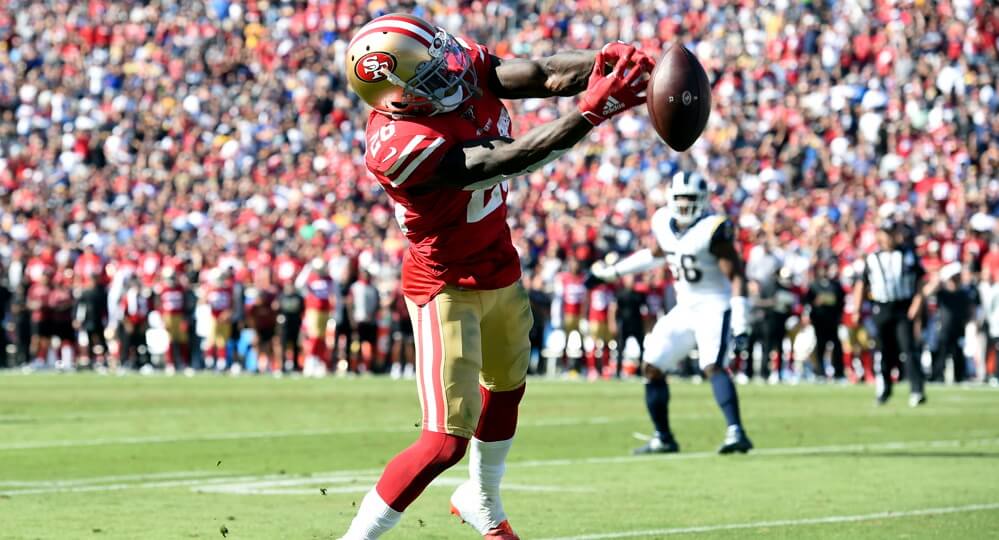 Forget Armageddon, er, Week 2, for a moment and envision yourself hoisting that trophy despite what damage your team may have sustained this week. One week of apocalyptic destruction will not define your year, dammit! You may just have to get a little crafty. Allow me to be your guide, won’t you? This week’s edition of sleepers and streamers is here to help you pick up the pieces and march forward to an even sweeter glory than you could have possibly imagined. Remember, all hope is not lost. Let us make haste! Chin up now. Let’s get to my Week 3 Sleepers and Streamers already.

Here we are, heading into Week 3 of the NFL season, and Ryan Tannehill sits at the QB9 position. For those of you who thought last year was a mirage, Tannehill has had something to say to you. Facing the Vikings, he finds himself in a matchup against what has been a terrible secondary so far this season. In two games, Minnesota has allowed Aaron Rodgers to hang four touchdowns on their head, and even the aged Philip Rivers completed just shy of 80% of his passes against them. Tannehill’s 9% touchdown rate won’t sustain itself through the season, but Minnesota won’t be the team to tear into that figure.

Even as I typed in “QB15” into my keyboard, I felt a twinge of guilt ranking the G.O.A.T this low in Week 3. Following a “get right”, though somewhat average performance against the Panthers, Tom Brady finds himself pitted against the Denver Broncos. Last week, Ben Roethlisberger torched the Broncos’ secondary to the tune of 311 yards and two touchdowns. Finding themselves without the services of Christopher Harris Jr., who now plays in Los Angeles, and Von Miller, who currently sits on IR, Denver’s defense is struggling to find its identity. With Chris Godwin likely to return, Brady has every opportunity in the world to ravage this struggling unit with his full arsenal of weapons.

In limited action against the Jets last week, Jerick McKinnon looked fresh and spry picking up a casual 77 yards on three carries. Now, without Raheem Mostert and Tevin Coleman standing between him and opportunity, McKinnon has been handed the keys to the castle. His opponent this week, the New York Giants, have given up 82 and 113 yards to David Montgomery and Benny Snell Jr. respectively. With Nick Mullens likely under center, McKinnon is going to have to carry the load for San Francisco if they hope to walk away victorious.

If you noticed a theme just now, you’re a perceptive reader, you. Yes, injuries are playing a big part in this week’s running back sleepers. Now that we’ve all mourned Christian McCaffrey, queue Mike Davis. So far in this short season, only four of Carolina’s carries have come from running backs not named Christian McCaffrey. When you’re the man in Carolina, you’re THE man. Although it’s unrealistic to project McCaffrey’s entire workload onto Davis, we can expect a lot of work to go Davis’ way. After all, McCaffrey compiled over 2o touches in both Weeks 1 and 2. If Davis can manage even 15 touches, he’ll be worthy of at least a flex-start.

The injury bug has made a nice, little nest in Denver. Not only has Drew Lock been temporarily taken down, but the Broncos’ star wide receiver, Courtland Sutton, has been placed on season-ending IR. We’ve seen this dynamic once before, not but two weeks ago. In Week 1 against the Titans, Jerry Jeudy and Noah Fant played leading roles in Denver’s passing game with Sutton sidelined. In his NFL debut, Jeudy racked up 56 yards on four receptions. If Jeudy can edge out Fant and K.J. Hamler, a breakout game could very well be in the cards this Sunday.

First Christian McCaffrey, now Davante Adams. I take no joy in recapping last week’s on-field massacre, folks. With Adams’ status up in the air, make sure you get all of the Marquez Valdez-Scantling shares you can handle. Averaging over 20 yards-per-catch in his first two outings, Valdez-Scantling is primed to see a healthy workload should Adams miss time. Even in limited action, he’s put up 96 and 64-yard performances respectively to start the season. His matchup against New Orleans isn’t ideal, but any wide receiver seeing six or more targets from Aaron Rodgers is worth a flex-play.

This insertion has nothing to do with any of my fantasy rosters…although it doesn’t hurt that’s he’s in a few. After seeing 10 targets in Blake Jarwin’s absence, Dalton Schultz broke out in a major way against the Falcons.

Although 40 pass attempts is a high number to replicate, Dak Prescott might do just that against Seattle. Regardless of passing volume, the most encouraging aspect of Schultz’s stat line was that he accounted for 25% of Dak’s targets. If nothing else, Schultz is good for at least five or six targets. Anything more and he’ll be next week’s start and sit article.

Have yourself a game, Mo Alie-Cox. In Jack Doyle’s stead, Alie-Cox notched 111 yards on five receptions. Given Rivers’ tendency to hone in on his tight ends, any player at the position seems like a logical candidate for your fantasy roster. Adding in Alie-Cox’s freakish stature and playmaking ability serves as a cherry on the top. Where matchups are concerned, you can’t get any better than the New York Jets’ brittle secondary.

There ya have it, kids, my Week 3 Sleepers and Streamers. If you’re looking for lineup help this Sunday, search no further than Mick Ciallela’s Week 3 Flex Rankings!