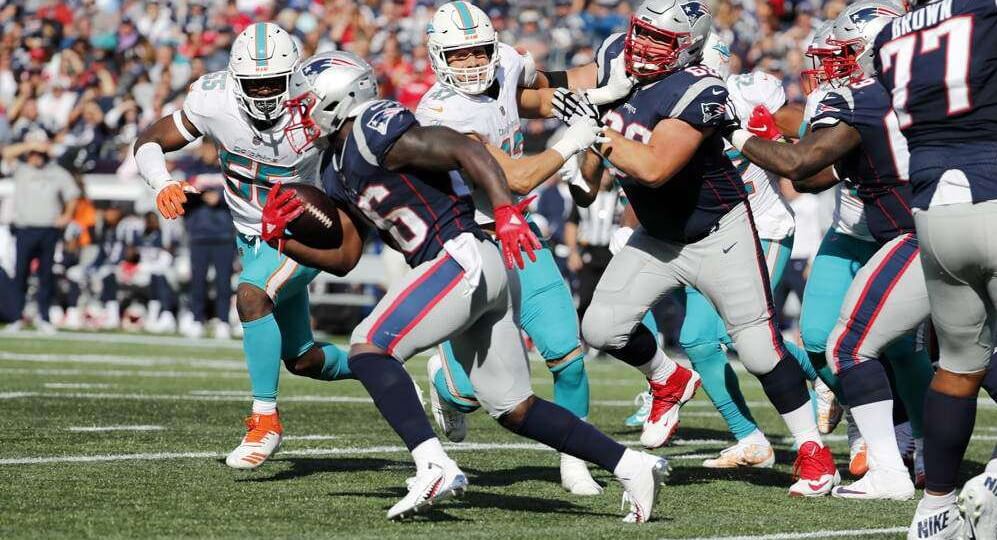 Week 2 of the fantasy football season is here, and not a moment too soon, as Week 1 gave us plenty to be excited about this year.

Every site does weekly player rankings, including Fantrax (Not that there’s anything wrong with that), however, I’m going in a little bit of a different direction. Instead of posting generic rankings, I’ll be highlighting the players I have ranked a bit higher or lower than the Expert Consensus Ranking (ECR) on FantasyPros. By doing so, I hope to draw your attention to the guys who have a great shot of smashing or failing to live up to their Week 2 projections.

Last week we saw a slew of rookies show up on the stat sheet, while a few vets let us down big time. Will Devonta Freeman disappoint again? Will Terry McLaurin unleash another round of fury against the Eagles? With every game that passes we learn more about each team and how they use their players. There was plenty of to gather from Week 1, a lot of which can be applied to how we rank them heading into Week 2.

Please keep in mind my rankings are based on Half-PPR league scoring and will constantly be adjusted throughout the week as news breaks regarding injuries, weather, and playing time.

Many owners were burned by Winston in Week 1, especially those who stacked him and his Bucs receivers in DFS, so I understand the apprehension you may have with my ranking here. I won’t blame you if you just look the other way and act like you never saw this, but I really do like Winston’s chances of a bounceback in Week 2.

After Week 1’s 15-carry, 14-yard output, Sony Michel’s fantasy owners are thinking about trading him in for a Samsung.

Fear not, former Radio Shack customers, Michel is in store for a HUGE week. Rarely do I base a ranking solely on an opponent, but this week I am. Tom Brady passed a ton vs. the Steelers and it simply wasn’t a good game script for Michel, who is a zero in the passing game, but I see things playing out differently against Miami. Vegas currently has the Pats as 18.5-point favorites, which means lots of second-half rushing opportunities for Michel, and I’m predicting 100+ yards with at least one score for the second-year pro.

Tevin Coleman will miss a few weeks with an ankle sprain, which elevates everyone on the depth chart, including Raheem Mostert, who is now the Niners No. 2 back.

Mostert performed well in limited work last year, and again showed his ability with 40 yards on nine carries in relief of Coleman in Week 1. Matt Breida figures to be the featured back, but Breida never had more than 17 carries in a game last season and I’m not sure that number increases by much. That potentially leaves Mostert with 10-15 touches for himself against a weak Bengals defense, making him a bona fide Week 2 FLEX option in leagues of 14 teams or more.

Cody Latimer was once an overhyped, young receiver who was going to be Demaryius Thomas’ and Emmanuel Sanders’ “Third Amigo” in Denver, but that never materialized. Now in his second season with the Giants, the Odell Beckham Jr. trade and Golden Tate suspension have given Latimer a chance to make a fantasy impact.

Last week the 26-year-old reeled in three catches — on eight targets — for 74 yards vs. the Cowboys. The eight targets were behind only Evan Engram’s 14. A lot of Latimer’s value hinges on whether Sterling Shepard (concussion) suits up in Week 2 vs. the Bills, but he’s still in a prime spot for targets either way, and Shepard still has yet to practice.

Fantasy owners in leagues of 16 teams or more should consider Cody Latimer this week, whose floor I put around 8 fantasy points.

Fantasy owners had high hopes for Gesicki last year, but those fizzled almost immediately. Because of that, the big-bodied tight end actually comes into 2019 as a sleeper at the position.

In Week 1, he was targeted six times, trailing only DeVante Parker (7) for the team lead. The Dolphins will undoubtedly be behind big vs. New England and it should afford Gesicki many opportunities to pad his receiving stats. He’s off the radar in standard size leagues but could surprise in leagues of 16 or more.

This isn’t a massive drop, but right now it’s tied for my biggest dip at QB. Jackson was electrifying Sunday, throwing for 324 yards and 5 TD, but that was also against Division I opponent University of Mia…errr the Miami Dolphins. The Cardinals aren’t a whole lot better, but they’re not inept on offense, which should keep this game from being a blowout. On defense, I expect Chandler Jones and Terrell Suggs to keep Jackson honest as well.

Jackson should still have an excellent game, I’m just not comfortable ranking him as my No. 2 QB, which is where the ECR currently has him.

Tom Terrific, aka The G.O.A.T., aka Mr. Bündchen, aka The Deflator of Hope, had about as good of a performance as you could hope for against the Steelers Sunday night. The future Hall of Famer threw for 341 yards while connecting on two touchdown passes to Phillip Dorsett and another to Josh Gordon.

Common sense says the aforementioned Dolphins should produce an equally, if not better line, but I think there’s a chance he has a slight letdown. His stats should be fine, but I don’t see him passing a lot once the game is out of hand.

The Patriots played the Dolphins twice last year — one game was close, a 34-33 loss and the other was a trouncing when they won 38-7. In the loss, Brady went for 358/3, but in the big win he finished 274/3. The latter is still a great outcome, but not worthy of the No. 3 ranking, which is where the ECR has him.

Everyone saw the Bears defense reduce Aaron Jones to nothing last Thursday, and I don’t expect things to pan out much differently for Phillip Lindsay this week.

The Broncos offense really struggled against the Raiders on Monday night, and to make things worse, Lindsay and Royce Freeman formed a pretty even committee, with Lindsay out-touching Freeman, 15-11.

Lindsay is the better back — he emphatically showed that in 2018 — but as long as he’s ceding that many touches, he’s more of a low-range RB2, and vs. the Bears in Week 2 he’s off the fantasy radar completely.

Gary Kubiak has ushered in a new era in Minnesota, and it certainly doesn’t seem to favor wide receivers. Their new run-first agenda was apparent as Dalvin Cook galloped his way to 111 rushing yards and 2 TDs, while rookie Alexander Mattison chipped in with 49 yards of his own. Most analysts expected this change of approach, and it came to fruition against the Falcons in Week 1.

The Packers don’t have an elite defense by any means, but they’re gaining momentum, and two of their standouts, CB Jaire Alexander and OLB Za’Darius Smith, could have a direct impact on the Vikings passing game. Smith recorded one sack and 10 QB pressures on Bears QB Mitch Trubisky last Thursday, and he’ll likely be in Kirk Cousins’ face all day Sunday. Alexander will be matched up vs. Diggs, in what should be a very physical battle.

Thielen rarely moves much in my rankings because he’s usually able to exploit slot corners, but I’m just not a fan of either on the road in a hostile environment vs. an underrated defense. You still need to start them, just temper expectations.

The Browns have a lot of receiving weapons, so Njoku is going to have a hard time garnering a heaping of targets on a weekly basis. As a touchdown-dependent tight end, he really does need that score to return value, as evidenced by Week 1’s result (6 targets, 4 catches, 36 yards, TD). There will be weeks where he’s higher up Baker Mayfield’s progressions, but with Jamal Adams (and excellent cover LB C.J. Mosley) keeping tabs on him, Week 2 isn’t the time for fantasy owners to take the risk.