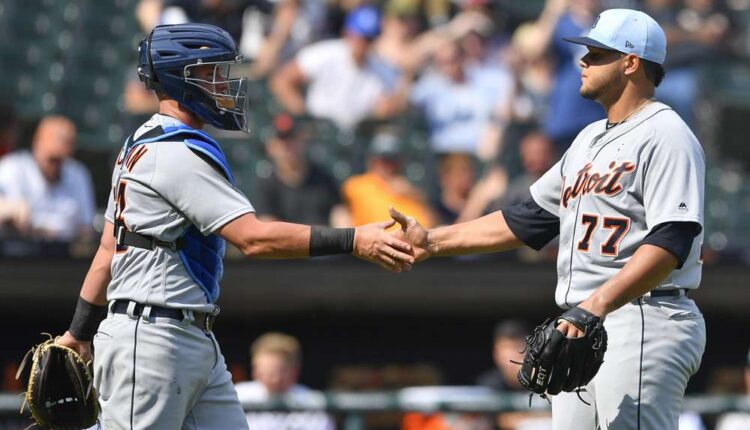 Another version of your weekly MLB Bullpen Report! As a reminder, here’s the approach:

Joe Jimenez (DET – 41% owned) – Shane Greene hit the DL on July 3 and has about a week left before he returns. Joe Jimenez is the clear favorite for whatever save opportunities the Tigers find themselves in. It’s a short-term play for now, but a chance to steal a save or two. There’s also a pretty good chance Greene gets dealt if he proves healthy.

Hector Rondon (HOU – 49% owned) – Still formally in a timeshare with Ken Giles, Rondon has been the better reliever of late and the better bet for long-term Fantasy value. Both closers have a history of being volatile, so I’m inclined to bet on the hot hand, which currently is Rondon.

Wily Peralta (KC – 28% owned) – There hasn’t been a save chance this week in Kansas City, so Peralta is still the arm to own in this bullpen. If Peralta is gone, there’s value in speculating on Tim Hill and Kevin McCarthy, but Peralta is the best option of the three.

Tyler Clippard (TOR – 32% owned) – Ryan Tepera has hit the 10-day DL and Clippard is officially the closer for the Blue Jays. He was easing into the role before Tepera’s injury, and Clippard could hold the role until Roberto Osuna’s return.

Will Smith (SF – 24% owned) – Smith received the latest save in San Francisco, and while it is a committee between Sam Dyson, Tony Watson, and Mark Melancon – Will Smith is pitching the best amongst the group.

Lou Trivino (OAK – 27% owned) – Trivino’s ownership has doubled since last week, and he has started to accumulate holds in the back of the Oakland bullpen. Blake Treinen has a firm grip on the closer role, although Trivino converted one save to spell Treinen after back-to-back outings. The A’s are surprising Wild-Card contenders, so the opportunities for holds continue to roll in.

Matt Barnes (BOS – 22% owned) – Barnes has been an elite option in the Red Sox bullpen this year with a 12.3 K/9 and 2.36 FIP in 36.2 innings. He’s on a Red Sox team with plenty of Hold opportunities and should continue to rack them up in the second half of the season.

Neil Ramirez (CLE – 2% owned) – Since his season debut in mid-May, Ramirez has been one of the better relievers in baseball. Since June 1 he has 14 Ks to 3 BBs in 14 innings pitched and is the go-to set-up man with Andrew Miller on the disabled list. At only two percent owned he is available everywhere and my favorite add for the week.

Kyle Crick (PIT – 6% owned) – A former Top-100 prospect from 2013 to 2014, Crick has finally broken through in a bullpen role for the Pirates. He owns a 2.94 FIP in 31 innings to go with 33 strikeouts and only one home run allowed. Control can be an issue at times, but I love Crick as a long-term relief asset in all formats.