WEEK 13 IDP SLEEPERS: Sneaky-Good Starts to be Thankful For 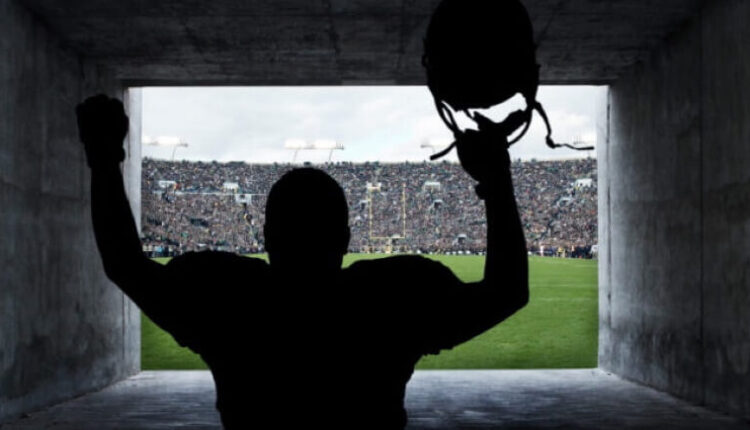 Gary Davenport is here with his favorite Week 13 IDP sleepers to help you plug the holes and keep your team afloat as we head toward fantasy playoff time.

This week is important for any number of reasons.

For starters, it’s Thanksgiving; an opportunity to gather with the family and friends we love (and that one cousin we really don’t) to share some good food and good times. While watching football, of course.

Speaking of turkeys, Bears-Lions is going to be about as exciting as watching one roast for 3.5 hours. David Blough might actually make Mitchell Trubisky look like a good NFL quarterback.

It’s also Week 13 of the fantasy football campaign—the last week of the regular season in many leagues. For quite a few fantasy owners, it’s do or die time. Get a win in Week 13, and it’s on to the postseason. Take a loss, and the season’s over.

It’s not exactly the ideal time to be sifting through waiver wire options looking for a sleeper start. But sometimes things don’t go as planned. Maybe a starter gets hurt. Or one’s in a funk and you feel like you just cannot afford another turkey of a stat line.

Whatever the reason, all is not lost. Many of the names in this week’s edition of IDP Sleepers have appeared here before. All remain owned in 20 percent or less of the IDP leagues at Fantrax. And each has the potential to help you keep your season going in Week 13.

Have a safe and happy holiday weekend everyone!

Sheard’s been something of a frequent flyer in this article this year—and for the most part (admittedly) it hasn’t worked out. As a matter of fact, there are IDP pundits like my good friend Walton Spurlin (No, really…we’re friends. I have friends.) of Fantasy Pros who have thrown in the towel on Sheard as a viable fantasy option this year.

“Things just aren’t working out for the veteran defensive end this season,” Spurlin wrote. “While he’s seeing a solid workload over the past seven games, approximately 75% of the snaps, the production hasn’t been there. In that time, he has just 15 total tackles, 2.5 sacks and has been credited with six quarterback hits. It’s time to look elsewhere for help at the defensive line position.”

However, I’m going back to the well with Sheard for two reasons. The first is that snap count. For defensive linemen, those snaps equal opportunity. The second is this week’s matchup—the Tennessee Titans have allowed the second-most sacks (43) in the NFL this year and the most fantasy points per game to defensive linemen.

Williams has been pressed into action for the Bears this year by the injury that ended Akiem Hicks season. The fourth-year veteran has responded with 31 tackles and six sacks for the year, and Hicks told Kelly Twardziak of NBC Sports Chicago that he’s been impressed by what he’s seen from the 29-year-old in 2019.

“Just a stud,” Hicks said. “He’s shown that he can be a dominant defensive tackle. Myself and Nick Williams have a long relationship over these past two years. It feels like we’ve been friends forever. He was very supportive of me throughout his time here. It’s unfortunate that I’m on IR, but it’s a great opportunity to be supportive of him as well. If there was anybody who was going to come up for me and play the time that I’ve missed, I’m glad it was Nick. I challenge you to pick somebody in the crowd more excited than me when he makes a play.”

Those six sacks actually lead Chicago’s defensive linemen this year, and Williams trails Khalil Mack by just half a sack. The Lions aren’t an especially great fantasy matchup in terms of points allowed to defensive linemen, but that was before the Lions were forced to trot out an undrafted rookie making his first NFL start.

Bradham spent a month on the sideline nursing an ankle injury, and the Eagles defense was visibly worse during that absence. The team played better on that side of the ball last week with the veteran linebacker back on the field, but Eagles defensive coordinator Jim Schwartz wasn’t about to offer praise after the team lost 17-9 to the Seattle Seahawks.

“17 to 9,” Schwartz said, via Mike Greger of Heavy.com. “It was nice to have him back out there, but we don’t take any other views of how we played other than the final score. However you win the game, it’s a matter of winning the game. However you lose the game, you didn’t get the job done.”

Bradham paced the Eagles in tackles last week against the Seahawks—although just four were solo stops. That’s not a stat line that’s going to blow anyone’s doors off, but Bradham should have a good chance at one again leading the team in stops on the road Sunday against a Dolphins team that has been a top-10 fantasy matchup for linebackers in 2019.

Williams opened the season as the Jaguars starting weak-side linebacker, but after struggling mightily the rookie was demoted. However, with veteran journeyman Najee Good now on injured reserve Williams is back in the starting lineup, and Jacksonville defensive coordinator Todd Wash told John Reid of the Florida Times-Union that he thinks Williams early-season struggles provided a valuable learning experience.

“I think it’s helped because he really understands,″ Wash said. ″After the first week when he was sat down, he came and said, ‘Hey, I understand. I’m not out there trying to make plays; I have to do my job.’ And I think Quincy learned that early on. And we’re still going to play all of our linebackers and stuff like we do, but we’re going to give him a little more expanded role to see where he’s at. He’s got the talent. He can run and he can hit.”

Williams played all 53 defensive snaps in last week’s loss to the Tennessee Titans, registering six total tackles—not a bad total given the relatively low total number of plays run. This week Williams and the Jaguars face a Tampa Bay Buccaneers team that has ranked inside the top-five in fantasy points allowed to linebackers for most of this season.

Both Phillips and Derwin James are nearing a return to action after spending most of their combined 2019 season(s) on injured reserve, and as Phillips told Ben Friedl of the team’s website he and James have been pushing one another both mentally and physically in the hopes they can hit the ground running.

“We’ve pushed each other a lot,” he said. “In Mexico, we were pushing each other pregame — running, training and doing different things — so it’s been a constant grind. We’re calling out plays on the sideline before they even happen. We’re always poking fun at each other too, so we’re always staying engaged — that actually made the time go by faster.”

Given the nature of his injury (a fractured forearm) and the fact he’s been practicing since last week, it would appear that Phillips is closer to making a return to the playing field. He’s been able to run and should be in pretty good shape if he’s back out there in Denver, and the 27-year-old has shown the ability to be an impact IDP in the past.

The San Francisco defense has generated plenty of headlines this year, but most have focused on the play of the front seven. As Tartt told the team’s website, he’s fine with that—the 27-year-old safety is both used to being overlooked and doesn’t really care about it.

“I feel like I always play with a chip on my shoulder because I feel like I’ve always been overlooked, when in reality, I don’t really care about being recognized,” he said. “I kind of make-up things in my mind to keep me motivated. It’s just how my mindset is. They’re sleeping on me so I’m going to let them know what I can do.”

Tartt’s tackle numbers haven’t been gaudy this year, largely because the defense in front of him has been so good. However, in recent weeks his big-play numbers have been good (two forced fumbles, a fumble recovery and half a sack) and in Sunday’s marquee matchup Tartt faces a Ravens offense that allowed almost 20 tackles to the Rams safeties last week.