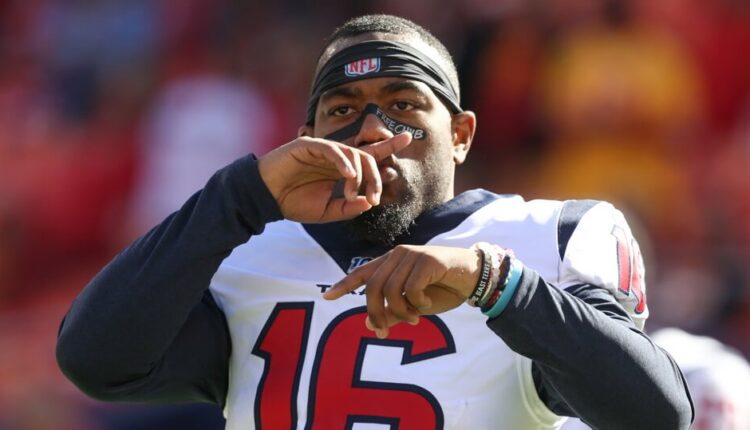 Well, it certainly has been an interesting seven days in the NFL. We have seen postponements, player suspensions, scheduling adjustments, wide receivers playing quarterback, and a whole host of other craziness. I have harped on this throughout the season on numerous occasions, but it is no less true today than it has been all season long – flexibility is the name of the game in 2020, more so than ever before. The fact that I am working on Week 13 Flex rankings and we as a staff have already put our FAAB and waiver wire articles well before Week 12 comes to a close certainly speaks to that. Amidst a constant sea of changing variables, the only thing we can count on is that nothing is certain. Oh, did I mention this week is the fantasy football regular-season finale? No pressure or anything.

As I submit this week’s rankings, there are no less than a dozen prominent players whose availability for Week 13 is currently in question. Some are due to injuries and others are due to complications from Covid-19. Either way much is likely to change between now and Sunday. That was certainly the case last week and has been so for much of this year. I will update these rankings over the weekend once we have a clearer picture of the Week 13 landscape. In the meantime, here are some of the situations I have my eye on over the next few days, followed by my current rankings. Feel free to comment below with any questions you have as we approach kickoff on Sunday. Best of luck in your Week 13 matchups!

The NFL postponed the Week 12 game between the Baltimore Ravens and the Pittsburgh Steelers for so long that J.K. Dobbins and Mark Ingram, who were the first Ravens to test positive, were eligible to come off the Covid list by the time the game got played. Cue the conspiracy theories and circus music. Though neither one suited up against Pittsburgh, they may be on the field when Baltimore hosts Dallas. This would be an excellent matchup for the Ravens running backs, and Dobbins in particular. Only the Houston Texans have allowed more rushing yards to opposing running backs than Dallas has. We saw Antonio Gibson run wild against the Cowboys on Thanksgiving. Dobbins would carry that kind of a ceiling if given a clean bill of health. Ingram has looks washed this season, but he could be a desperation play given the advantageous matchup.

Other players who were inactive last week due to Covid who have since been activated include Jonathan Taylor, Adam Thielen, and Brandon Aiyuk. They should all be active for their Week 13 matchups. James Conner and Mark Andrews are among those who may not be available this week. Not only will they have to deal with a short turnaround, but their preexisting health conditions may result in complications. Larry Fitzgerald does not have a preexisting medical condition and barely sneaks in underneath the high-risk age threshold. Still, discretion is the better part of valor, and it may be prudent to have him sit out for another week as well. Andy Isabella had a 60 percent snap count and 18 percent target share in last week’s game. He also has a nice individual matchup and could be a sneaky PPR Flex this week.

Dalvin Cook and Josh Jacobs are both among the top six running backs in fantasy scoring this season. So fantasy managers became more than a little nervous when they both exited last week with ankle injuries. Cook returned to action, so he is likely fine going forward. It should be noted, though, that Cook has had at least 32 touches in three of the last five weeks. With the Vikings slated to host lowly Jacksonville before traveling to Tampa Bay, this may be a week to give Cook a lighter workload. Of course, he does not need 30 touches to pop against the Jaguars, so he is still number one in my Week 13 Flex rankings. But I probably would not pay up in DFS, and I would not be surprised if Alexander Mattison got more run than normal against the Jaguars this week.

As for Jacobs, his injury seems a bit more severe. There is reportedly a chance he plays this week. This is another situation where the team has the luxury of facing a much inferior opponent. Las Vegas will not need Jacobs to defeat the New York Jets on Sunday. The team may decide to rest their star running back for their upcoming game against Indianapolis in Week 14. That game will likely have major implications in the AFC playoff chase. If the Raiders choose to let Jacobs rest, Devontae Booker should fill in quite nicely. The former Bronco has shown flashes in limited action this season. He has averaged a healthy 5.5 yards per carry while chipping in three rushing touchdowns. The Jets’ interior defense has been solid, but volume and positive game script should make Booker an intriguing Week 13 play.

No Love for Keke

Way back in the olden days of 2018, Keke Coutee was a waiver wire darling. He set the modern-day NFL record for receptions in a debut when he caught 11 passes. Coutee caught six passes for 51 yards and a touchdown in his second game, and it seemed we had another potentially great slot receiver. The Drake GIFs were in full force for a minute there. But Coutee only played four other games during the regular season in 2018 and totaled just 11 more receptions. He returned from injury in time for Houston’s playoff game and had another 11 grabs. There was a little bit of buzz heading into last season, but Coutee got off to another slow and injury-riddled start. Just when he started to gain some steam in October of 2019, the injury bug hit again. He played in only three of Houston’s last 10 games.

When Houston signed Randall Cobb to a three-year deal in March of this year, it essentially rendered Coutee useless for the 2020 campaign. Coutee was a weekly healthy scratch and saw just five snaps until Cobb injured his toe in Week 11. Houston placed Cobb on injured reserve before their Thanksgiving game in Detroit. Coutee played 50 percent of the snaps and saw just three targets in the Texans’ blowout victory over the Lions. However, the recent suspension of Will Fuller could open even more room for Coutee to make an impact. I would not get carried away with investing too much in Coutee this week, however. But for those chasing a narrative, both of Coutee’s 11-catch performances came against the Indianapolis Colts. Two years ago is a long time in NFL terms, but it could be something for fantasy managers to clutch on to.