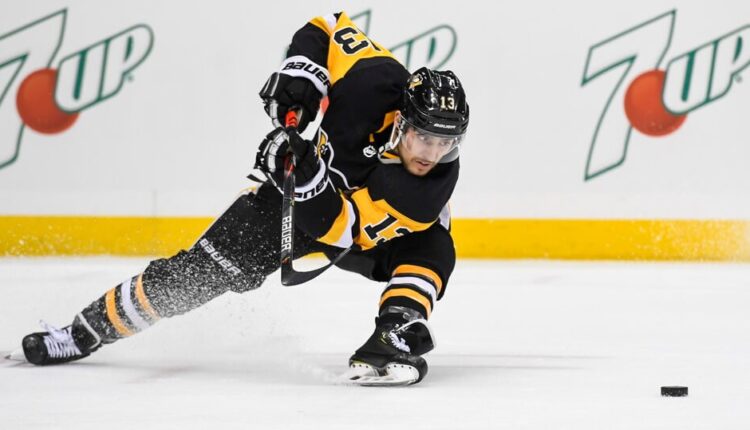 It is Week 13 and you need to plan your streaming strategy in head to head fantasy hockey.  For those of you who have fixated on fantasy football playoffs: no more excuses.   With football wrapped up everyone can now devote attention to the greatest of the fantasy sports: fantasy hockey.  With a three-day break from hockey, you should be rested and ready. All streamers listed below are owned in less than 50% of Fantrax leagues as I write.

The NHL schedule is certainly odd this week.  Out of 47 games on the NHL docket, only 10 are quality games.  6 of those 10 come on Sunday, helpful for a last streamer move for the week but not for an early-week advantage.  The busy weekend after the three-day Christmas break means only one game on Monday.  The Winter Classic on New Years Day means only one game on Wednesday.

4 teams have 4-game weeks, with 3 teams on 2-game schedules.  Weirdly, 3 of the 4 teams with a 4-game schedule play all 4 games on the road.  The pickings are slim.  Do not feel strongly compelled to prioritize the following players over a solid 3-game guy.

Brett Connolly (LW/RW – FLA) deserves more attention than he gets.  The past Stanley-Cup champ Connolly has been cold lately.  Whether paired with Trocheck or Barkov, Connolly gets consistently good linemates from coach Joel Quenneville  I think the results will improve if this deployment can hold.  Connolly’s underlying numbers to include team percentage of shot attempts and high-quality opportunities created are above-average.  Connolly posts 1.75 shots and a hit per game, meaning even if the puck luck does not come next week there should be a reasonably high floor via peripherals.

Patrick Marleau (C/LW/RW – SJ) has the name, the chemistry, and the history to keep getting good deployment.  The 40-year-old Marleau scored only 11 points in his first 35 teams.  Next to Kane and Couture, however, a good bounce could come Marleau’s way on any given night.  Marleau no longer needs to be in your nightly lineup and his contribution to peripherals has declined to 2 shots and a hit.  As a role of the dice, I do not mind him.

Ondrej Palat (LW – TB) “Ondrej the Giant” is good for 2 shots, 2 hits and a block per game to go with more than a half-point per game.  His goal and 4 assists in the last 3 games before the break have his ownership up near that 50% line.  Being paired with Point and Kucherov for the last 16 games has not hurt his production.  While his lowish time on ice at even strength and with the man advantage mean he is not a must-own in a shallow league, he is worth a shot in a heavy week.  All 4 of Tampa Bay’s opponents next week rank no higher than 16th of 31 in save percentage — I smell goals.

As mentioned above, it is a miserable week for streaming.  No team plays a back-to-back until Sunday, making goalie streaming all but impossible.  Of the 6 teams with 2 quality games, 5 occur all the way at the end of the week on Sunday.  That leaves the Dallas Stars as your only shot of multiple weekday quality games.  At least by adding some Stars you have additional incentive to watch the showcase Winter Classic game Wednesday.

Brandon Tanev (LW/RW – PIT) just will not quit.  You need to treat a point from Tanev as a nice surprise, but at nearly 4 hits, a block, and 1.5 shots per game Tanev will start your Monday right with a solid peripheral floor or a nice lead in hits.

John Marino (D- PIT) proves the pickings are very slim for streamers.  Someone in your league may have added him during his 6-game scoring streak in November.  That owner probably cut bait earlier this month as Marino has struggled to keep up minutes and scoring.  Add Marino Monday if you are itching to burn your waiver claims this week, and hope Ottawa helps him to the 4th multi-point contest of his rookie year.

Tyler Ennis (LW/RW- OTT) shows up for the Ottawa power play – we have to give him that.  I like the idea of picking up a cheap point on Monday night given the paucity of options for week 13.  Bump up Senator streamers if Matt Murray, who has an .862 save percentage in  November and December, gets Monday night’s net.

Radek Faksa (C- DAL) may be the best available Dallas Star for next week.  You see him listed on Dallas’s “2nd line.”  The Faksa/Cogliano/Comeau line has played together for more than half the season.  Dallas deploys the trio overwhelmingly in the defensive zone.   Faksa is a low-upside play whose main attribute is that he’ll be a live body twice this week when you will have a hole in your daily transaction lineup.

Joe Pavelski (C/RW – DAL) remains rostered in more than 50% of leagues, but I see a lot of buzz online about Pavelski being dropped.  Joe Pavelski has declined significantly in the past couple of years.  In shallow leagues, some may choose to drop him.  If he is available in a deep league, however, grab him.  Pavelski centers Roope Hintz and a rotating cast of RW — currently Tyler Seguin.  He leads the Stars in average power-play time on ice.  Pavelski’s 10.6 individual expected goals this season (a stat computed by looking at the number of his shots and where they come from) ranks 47 of 665 players with more than 100 minutes this year.  If you look at expected goals per 60 minutes, he places 71st.  Pavelski getting the point on only 50% of the goals scored with him on the ice points to a bounceback.