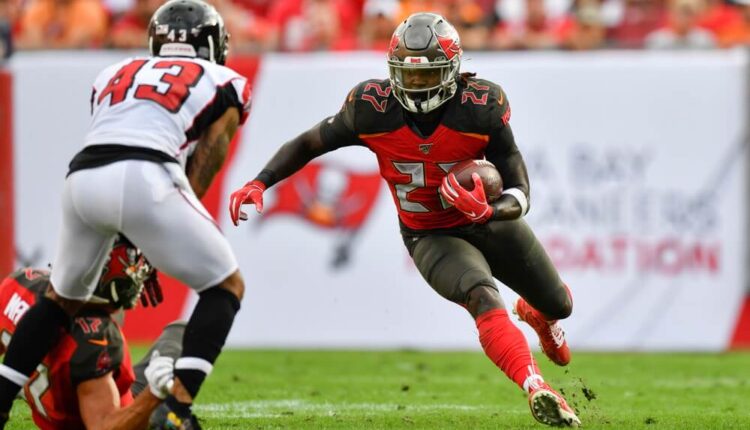 We are going to keep up with this article weekly for the rest of the season, giving you an analysis of the players that are growing in value, and those that are plummeting in my rankings. We are approaching the weeks where the playoff picture truly comes into shape, which is why it is important to be extremely active on the waiver wire and trade market trying to bolster your roster by any means. Here are my Week 13 Stock Up/Stock Down picks.

RoJo saw seven carries in Week 12 and he scored a touchdown. But where his value comes into play in the later goings of the year is as a handcuff. If Fournette were to miss any time with injury, Jones is the next man up in a potent offense. These are the type of guys that can be crucial in a playoff matchup, and it is best to be proactive and stash a guy like this now, as opposed to running to the waiver wire along with the rest of your league.

After a miserable start to the fantasy football season, and some trips to the dog house, Aiyuk is fantasy viable again just in time for the playoff push. Deebo Samuel is expected to miss some time with an injury which makes Aiyuk the default top option in this San Francisco offense. He has big-play potential at all times, and it will be interesting to see the boost in targets he will get with Deebo out of the picture for the time being.

The thought was that when Latavius Murray returned from injury, that this backfield would shift back to a timeshare split. In Week 12, Freeman saw 16 carries, while Murray only saw 8. This means that Harbaugh clearly has Freeman as his top running back option as of right now, and in an offense that scores quite often, Freeman is becoming someone that you can start on a weekly basis.

The issue with Collins is that he has been carrying some sort of injury designation on a weekly basis, and last week he only saw seven total carries. Once this backfield has Penny, Homer, and Dallas all healthy, who knows where these carries are going to end up. So while I think Collins is still the top guy, he does not have a very tight grasp on the top job, especially considering he is no spring chicken as far as NFL perspective is concerned.

Edwards has had every chance to break out this year, and with the loss of Henry Ruggs III, there was a clear opportunity for Edwards to come into a good amount of targets. He looked decent in Week 11, but then only saw one target in Week 12. He has big-play upside, but it is apparent that he is not a top option in this offense, and even on the nights where he has decent games, those targets seem to come in waves late in the game. He is a great player, but there are much safer fantasy options out there.

Talk about a guy that had a chance to walk into a huge target share. St. Brown has not done much with the opportunity and has not separated himself from the field much. He is still a decent dynasty hold, but as far as redraft leagues go, there is almost no floor, and almost no upside with St.Brown up to this point. It might be better just to avoid Lions pass catchers not named T.J. Hockenson for the rest of the 2021 fantasy season.