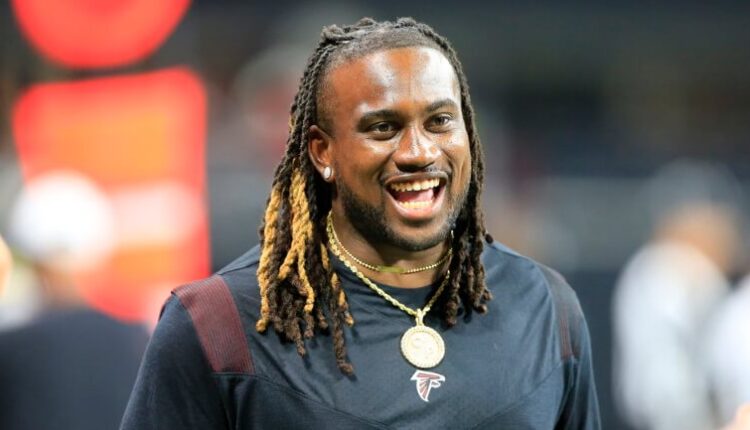 Week 12 is upon us, and it is one of the trickier weeks for most of us to navigate. Aside from our normal adulting and responsibilities, many of us have spent the early part of the week traveling or coordinating travel with friends and family. Though we thankfully live in an era of the 24/7 news cycle, it does seem as if circumstances are changing quicker than ever. There have been several instances this season where I have recommended a player in my weekly Start/Sit piece only for that player to be inactive on game day. And I usually compose most of that piece less than 48 hours before kickoff.

There are also three Thursday games this week due to the Thanksgiving holiday. If Thursday’s slate consisted solely of the Bears vs. Lions game, perhaps we would have the luxury of ignoring it. But there are still two other games we will need to pay close attention to. The Kansas City Chiefs and Arizona Cardinals, two of fantasy’s most friendly teams, are on a bye this week. And oh, by the way, the fantasy football regular season is wrapping up quickly. Just three weeks remain until the first week of the fantasy playoffs. I know this is a pivotal week in my head-to-head leagues, and I’m sure I’m not alone in that boat. So I give you my Week 12 Flex rankings. No matter your Thanksgiving food of choice, hopefully, we can all eat a W by the time the weekend is through.

The Saints officially ruled Alvin Kamara out on Wednesday. Mark Ingram is also questionable with a knee injury of his own. Tony Jones is only rostered in 26 percent of leagues and will be heavily sought after if Ingram cannot play on Thursday. I ranked Ingram as though he is playing at close to full strength. As for Jones, my current rank reflects my feeling that he will end up playing second fiddle to Ingram this week. Ingram had 24 opportunities versus just three for Jones last week. To be fair, it was the latter’s first outing following a six-week absence due to an ankle injury. There is a chance he could get some more work even as the number-two back. But I think if Ingram plays, Jones will be largely irrelevant for fantasy purposes. Jones would be a volume-based Flex if Ingram is deemed ineligible.

Michael Carter suffered a high ankle sprain and will miss the next two or three games. It is a tough blow for the rookie, who was quickly emerging as a high-end fantasy option. Carter is the overall RB14 in half-PPR scoring from Week 4 on. He will miss a plus matchup when the Jets take on the Houston Texans this week. Tevin Coleman and Ty Johnson will shoulder the load in Carter’s absence. Johnson is the preferred PPR option in most weeks, but I think Coleman offers more Week 12 appeal. The Jets have a decent chance to pull out a win, which is more than can be said most weeks. If the Jets stay in it, Coleman should see double-digit touches against a Texans’ defense allowing 4.81 yards per carry to opposing running backs this season. Both Coleman and Johnson are RB3s for me this week.

The aftermath of the Derrick Henry injury took another twist last week. It was not Adrian Peterson or D’Onta Foreman who shouldered the load with Henry and Jeremy McNichols out. Instead, it was Dontrell Hilliard. Tennessee called him up to replace McNichols, who was out with a concussion. And replace him he did. Hilliard, who had seen a total of 48 opportunities over four NFL seasons, was given 17 (!) in Tennessee’s loss to the Houston Texans. Hilliard parlayed that workload into 82 yards. It was not an effective performance by any means, but it was the sort of workload that some people had envisioned for McNichols in recent weeks. And by “some people”, I mean me. The one thing I have gotten right in this equation is that Peterson is not the answer. Tennessee waived the future Hall of Famer on Tuesday.

What does this all mean for Week 12? Well, I currently have Foreman ranked the highest among the three remaining Titans’ backs. After Foreman comes McNichols and then Hilliard. But none are in the range where I would be comfortable playing any of them this week. Hilliard would get a PPR bump in the event McNichols does not clear concussion protocol in time for Sunday’s contest. The New England Patriots have allowed the third-most receptions and second-most receiving yards to opposing backs on the year. I think that Foreman has a higher floor than either McNichols or Hilliard, and should settle in as an RB3 in 12-team leagues. Whichever receiving back emerges could have a higher ceiling, but I would rather not deal with that uncertainty. I am benching McNichols where I have him and would do the same with Hilliard this week.

Elijah Mitchell and Cordarrelle Patterson are among the running backs who should return after missing last week’s action. Their expected returns will be sights for sore eyes among fantasy managers. Jeff Wilson was unable to make the most of his opportunity last week, turning 21 opportunities into 58 scoreless yards. Although, as someone who has very high on Wilson heading into last week, I will point out that Jimmy Garoppolo missed Wilson in the end zone on a pass that would have salvaged the running back’s fantasy day. Wilson was so wide open that you, I, or even Tim Boyle could have connected on the pass. I believe Mitchell will be back this week, but I was a bit conservative in my ranking. He will likely be an RB2 by Sunday, with Wilson likely falling short of Flex consideration.

Wilson may have disappointed, but the Atlanta Falcons nearly set the sport back a generation with their offensive “output”. The only positive was that Arthur Smith refrained from giving us a healthy dose of Mike Davis. Even with Patterson sidelined, Davis had just three carries and four targets. That should be his maximum workload going forward for a Falcon team that will soon be playing out the string. Qadree Ollison led the team with 34 rushing yards, but I am not sure if he will still be involved assuming Patterson is back on Sunday. I ranked Davis and Wayne Gallman ahead of Ollison for now, but that may change before long. I prefer Ollison among the three in terms of rest-of-season value. Patterson continues to be the only Atlanta running back who should be started in fantasy until further notice.

Cowboys star wide receiver CeeDee Lamb left last week’s game early after suffering a concussion. He had just three catches for 14 yards before his early exit. Lamb did get in a full practice on Wednesday. Despite that, I currently ranked Lamb as though he will not play. That is mostly due to the short turnaround. I am still not convinced he clears all the protocols in time for kickoff. If he does manage to play, fantasy managers will likely have no choice but to start Lamb and hope for the best. We know how talented he is and the huge numbers he can put up. However, I would view him more as a volatile WR3 than the rock-solid contributor who has surpassed 80 receiving yards in six of 10 games this year.

Lamb’s health is the primary issue in my opinion, but his projected individual matchup is less than ideal as well. The Las Vegas Raiders boast an elite pair of cornerbacks in Casey Hayward and Nate Hobbs. Lamb would presumably line up primarily against Hobbs, who is currently Pro Football Focus’ sixth-ranked cornerback on the season. There is a crack in the armor in the Raiders’ secondary, particularly in the form of LCB Brandon Facyson. Opponents have exposed Facyson in recent weeks. Dallas would be wise to get Lamb lined up against Facyson whenever possible. Then again, it is also possible that they are confident in Michael Gallup’s ability to beat Facyson if need be. We all know the upside that Lamb possesses, but there is more downside with him than usual this week.

Elijah Moore has been one of the NFL’s hottest receivers in recent weeks. The rookie has scored four touchdowns over the past three weeks, which is the most among NFL wide receivers. What is interesting to me is that Moore’s recent run has come as the New York Jets have used a litany of quarterbacks to replace the injured Zach Wilson. Wilson was hardly the model of efficiency before he got injured, so perhaps he held Moore back to a degree. I do not necessarily buy that narrative, though that may be wishful thinking on my end. In any event, Wilson will make his return for the Jets on Sunday against the Houston Texans. If Moore has another strong effort with Wilson under center, his arrow will continue to point up for the rest of the year.

Bears wide receiver Allen Robinson is doubtful with a hamstring injury that forced him to sit out last week. While Robinson sat on Sunday, both Darnell Mooney and Marquise Goodwin scored while eclipsing 100 receiving yards. Considering that Robinson has yet to hit 70 yards receiving in a contest and has scored a single touchdown in nine games, it was a tilting experience for most fantasy managers who have yet to reap any rewards from Robinson. I think Goodwin’s performance was an outlier, and I would not rush to jam him into any lineups where you have a safer option. However, I highly recommend Mooney as a strong Week 12 play. This could be Matt Nagy’s last great attempt to prove he is still an offensive genius, and he should make sure that Mooney is heavily involved. Fire him up as a WR2.

Two weeks ago, Mike Gesicki and T.J. Hockenson posted unexpected bagels. Last week it was Dan Arnold who turned this unceremonious trick. I still view all three as top-12 options this week, but we have experienced the downside recently. I have a cluster of tight ends just beyond the top-12 beginning with Noah Fant and ending with Austin Hooper. In total, I have 12 tight ends in a span of 34 players if you include Tyler Higbee, who is my TE12. I bring this up because one of my esteemed FantraxHQ colleagues makes a very compelling argument for one of the tight ends towards the middle of this cluster in this week’s Bold Prediction piece, which comes out on Thursday. He may very well be right, and I may be too low on this player.

In theory, I would not consider a tight end outside of the top-12 as a Week 12 Flex option. I have 35 running backs and 53 wide receivers ranked ahead of Higbee. This means as a general rule, your Flex should be a running back or wideout. But like everything else, there is an element of situational dependence at play. Last week, I started three tight ends in a league where we play with two Flex spots and tight end premium scoring. Of course, one of those was Arnold because of course, it was. But my point is to use your discretion when setting your lineups. You know your situation as well as your strengths and weaknesses by this point in the season. Make the decision that makes the most sense for your team. Now go eat that W and whatever else suits your fancy this weekend.