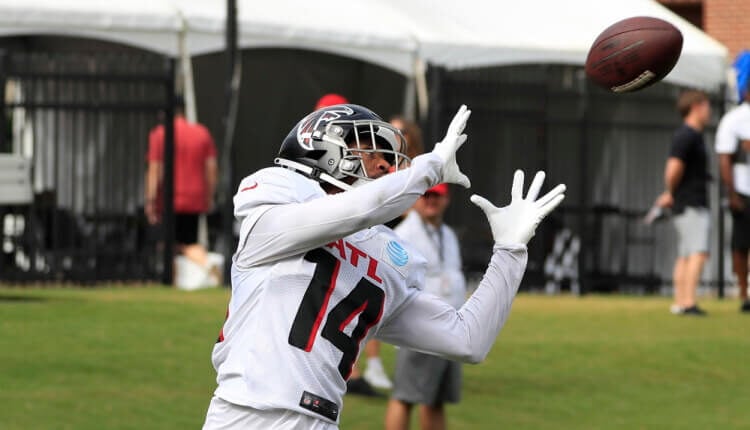 This year is flying by! It’s time to think playoffs for most of the good people that are reading this article. I whiffed on all of my recommendations last week, but we’ll bounce back this week. Let’s take a look at three potential Week 12 streamers that you can plug right into your lineups.

Sherfield is a player that’s rostered in less than 1% of leagues right now. Probably rightfully so, but he’s been heating up as of late. The Miami Dolphins are 13-point favorites vs. the Texans this week. If they give Houston a beatdown like that, it’ll be doing what they do best. Throwing the ball. Waddle and Hill have been a two-man show for most of the season, but the way Tua has been playing, there’s enough love to go around. In the past four games, Sherfield has 13 targets, 159 yards, and 1 TD. And that TD came last game. He’s trending in the right direction, and frankly, if I told you that you could have the #3 WR for an MVP candidate QB (off of the waiver wire), you’d say I was crazy. He’s not a sure thing by any stretch, but he’s in the right position to hit a home run.

The Falcons are four-point underdogs vs. the Washington Commanders this week. That’s a recipe for a passing game script, so we should be looking for pass catchers. Kyle Pitts will miss this game (and potentially the rest of the season), and those targets will flow to the WRs. Drake London is an obvious winner in this, but Byrd is on the waiver wire and is a candidate that’s flying under the radar. He’s already got two TDs on the year, and three games over 58 yards. He’s also got two games with 4+ receptions. But he’s, admittedly, hit or miss. With Washington’s corners focused on London and Zaccheaus, I could see a big game from Byrd.

This one is simple. The chiefs are 15-point favorites. Clyde Edwards Helaire is hurt and two weeks ago received 4 snaps. It’s Pacheco and McKinnon now. That’s it and that’s all. He’s rostered in under 30% of leagues, and he’ll get plenty of touches in a blowout vs. the Rams. Both through the air and the ground. He has 17 targets in the past three games, if you’re worried about Pacheco having a monopoly of carries. McKinnon has a nice floor, any way you slice it.

Fantrax was one of the fastest-growing fantasy sites over the last few years, and we’re not stopping now. We are the most customizable, easy-to-use, and feature-rich platform in the industry, offering the greatest fantasy experience for your dynasty, keeper, redraft, and best ball leagues. Fantasy sports doesn’t sleep, and neither does Fantrax, with seasons running 365 days a year. Take your fantasy leagues to the next level now at Fantrax.com!
2022 Weekly Streamers
Share