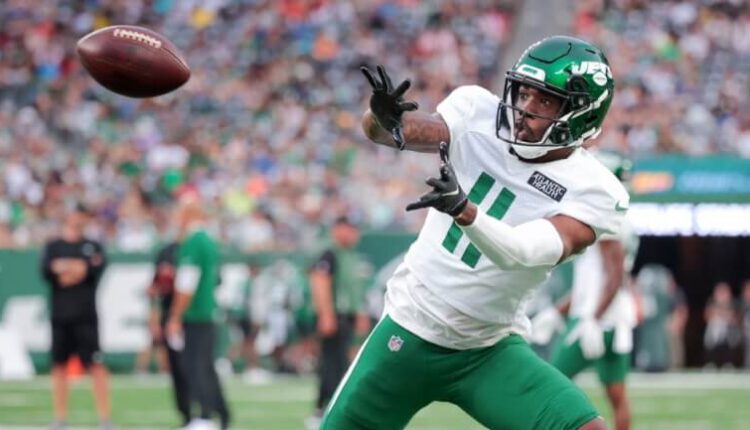 The waiver wire has come and gone. You’ve spent your FAAB dollars. It’s time to dig deep and look at the matchups to decide how to construct your starting lineups for NFL Week 10 of the fantasy football season. We’ve got you covered, friends. Let’s get into the top Week 10 sleepers and streamers!

The Jets starting QB situation is still a bit murky for Week 10. It looks like Zach Wilson will be ready, but they don’t want to rush him, AND Mike White might be better. I think the Jets want to make sure Mike White isn’t worth kicking the tires on (for a longer-term situation). If Mike White is the starter, I think we need to consider that the Jets have had no problems moving the ball with White at QB, and you’ll want a share of this offense. Crowder and Davis would obviously be the front runners for targets, but they won’t be available to stream. Denzel Mims is not rostered in many leagues and he’s played 60 – 70% of snaps the last couple of weeks. Mims will get targets, and the Jets had high hopes for him when they drafted him last year. Don’t be scared to pick him up!

This one is pretty simple for me. I know Lewis is predominately a blocking tight end, but with Robert Tonyan out for the season, they’ll need a TE that can fill his role. Aaron Rodgers will likely return for this week’s matchup, and he’ll have no problems operating the offense (because he’s Aaron Rodgers). He may have lied about being vaccinated, but he can’t lie about loving Lewis (this is a completely unnecessary sentence, I just wanted to get a dig in). Between Dafney and Deguara, Lewis is the most seasoned/accomplished TE on the roster. Expect at least 5 targets for Lewis this week.

I thought we wouldn’t have to worry about the Patriots making the playoffs and winning another Super Bowl for quite some time, but here we are. It’s not crazy to respect the Patriots as a title contender, in a season where there are no consistently dominant teams. Mac Jones has managed to dink-and-dunk his way into winning a handful of football games, and I can honestly only respect it. It’s clear that he’s got the accuracy, and he’s not going to make many mistakes. Hunter Henry seems to be Jones’ favorite red zone target of all his weapons. He’s not getting huge receiving numbers, but he’s got 5 TDs on the year, and he’s scored 5 TDs in his last 6 games. A pattern is a pattern. Ride the wave.