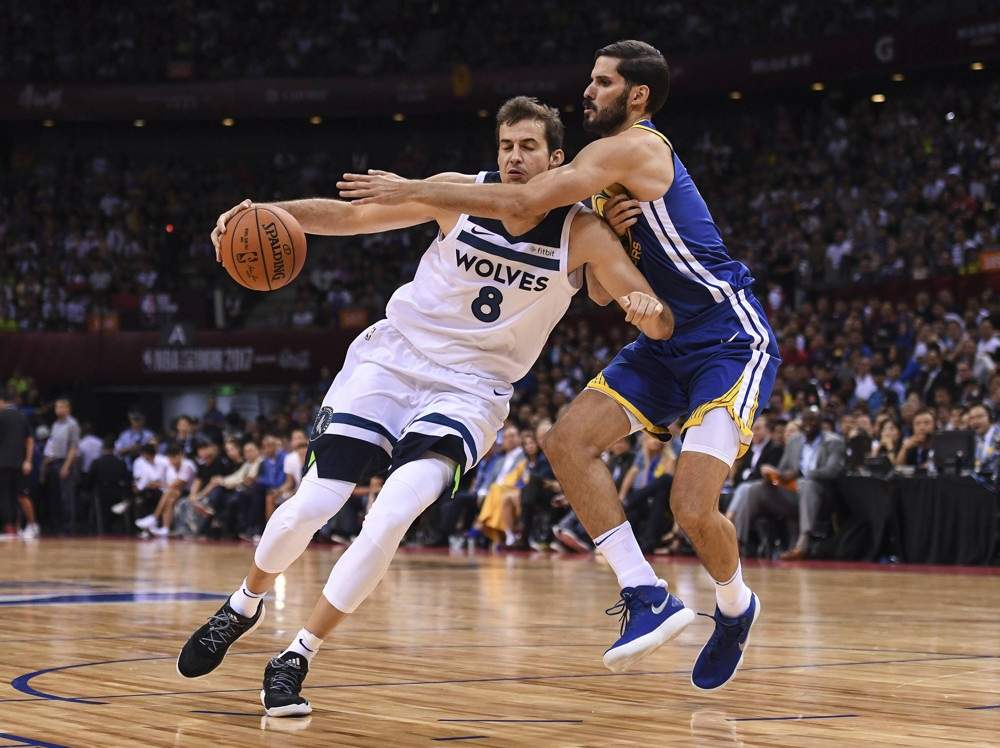 As we near the halfway mark of the season, chances are your Fantasy Basketball waiver wire has already been scoured and decimated. Luckily there are always leagues where players get overlooked and left out to dry as a free agent. I’m here to help you find values on your waiver wire that have a chance to become a permanent member of your fantasy basketball team. As usual, I’m looking at players that are below the 60% ownership threshold and have the best opportunity to produce over the remainder of the season.

Kevin Knox: Knox has been lighting it up over the last four games to the tune of 20 points, 7.3 boards, 3.3 threes, a steal and nearly a block a game over an insane 37.8 minutes per game. Coach Fizdale has been fickle with his lineup all year long, but expect Knox’s minutes to remain high for a few games as Damyean Dotson and Alonzo Trier are both dealing with injuries. As one of the key pieces in a rebuild, Knox is getting his time to shine right now. He’ll struggle with percentages but will give you a nice bump in points, boards, and the defense is a plus. If Knox performs well, he can lock up the starting job for the rest of the season.

Nemanja Bjelica: Bjelica enjoyed an outstanding start to the season before tailing off a little. But over the past couple of weeks, the Serbian is returning top-50 value. Bjelica continues to shoot near the 55% mark while chipping in 1.7 threes per game. He’s also a decent contributor in rebounds, assists, steals, blocks on a low turnover ratio. Bjelica will see his ups and downs at points this year, but there will be more positives throughout the season. If he’s still out on waiver wires, grab him.

Juancho Hernangomez: (From last week’s waiver wire) The Nuggets are feeling the injury bug. Luckily they were touted as one of the deepest teams entering the season. Between Juancho and Trey Lyles, Hernangomez’s skillset most mirrors Millsap’s, which is why he’s been getting the bulk of the minutes. Even before the injury, Juancho is averaging 12.9/7.1/1.2 and drilling 2.1 threes on high percentages over his last 14 games, all of which were starts. Now, Hernangomez moves from the starting 3 to the starting 4 and has a chance to prove himself until Millsap and Will Barton return.

Kevin Huerter: The Hawks’ other first-round pick is finally getting involved in the rotation. Huerter was drafted to develop in the mold of Klay Thompson. Though not the defender that Klay is, Huerter can shoot the basketball. Over 50 percent of his field goals come from behind the arc, so he’s a great option for owners seeking threes. He’s also contributing in other areas, averaging nearly 1.4 steals over his last eight games. The Hawks are going nowhere, and some of their veterans are mid-season trade candidates. Huerter’s role is going to be at risk when Tauren Prince returns, but he’s making a strong case to stay on the court. He’s a sneaky dynasty add for owners looking further ahead than 2018-19.

Monte Morris: With all the injuries in Denver, Monte Morris has stepped up to the plate and played well all year long. Morris has posted a 13.1/3.1/3.8 line over his past eight games on nearly 52-percent shooting. He’s also draining 1.9 threes over that span. He has taken over the Nuggets’ sixth man role for the foreseeable future. Don’t expect him to relinquish it to Isaiah Thomas once he returns. He’s on fire right now, so don’t let the fire burn out on the waiver wire.

Emanuel Mudiay: Mudiay is another Knick who has been getting a long look from coach Fizdale. Over the past nine games, Mudiay is dropping 20 points and 5.8 assists on a career-high 47.8-percent shooting. As mentioned with Knox, Fizdale has tinkered a lot with his rotations. Mudiay will have a harder time proving he’s worth the minutes with both Trey Burke and Frank Ntilikina vying for the starting spot. He’s earned the role for now with the way he’s playing of late. Mudiay’s big fantasy downfall in the past was his abysmal percentages. He’s corrected that this season, which is why it’s worth giving him a look off the waiver wire.

Bam Adebayo: Adebayo continues to eat into Whiteside’s minutes. Over the past seven games, he’s playing over 27 minutes per game and even got four starts over the same span. Bam is also riding a nine-game block streak and has been chipping in across the board with rebounds, assists, and percentages. The role is still quite murky with Whiteside in the picture, but Adebayo is still contributing for fantasy owners even with the lack of elite minutes. If you need a center, don’t let him sit out on the waiver wire.

De’Anthony Melton: Ever since Melton’s call-up from the G-League, he’s warranted a speculative add. The Suns then traded and waived Austin Rivers, further showing their commitment to their young lead guard. Melton won’t wow you every night with stats, but he’s been one of the most consistent defenders in the league so far. He has recorded at least a steal in his last eight games averaging 1.8 per game in under 26 minutes per. He also has a 17-7-6 night showing his versatility across the board. Melton is more of a “stash and hold” type of player, which is why he’s still available on many waiver wires.

Tomas Satoransky: Satoransky is one of the main beneficiaries of the Ariza-Oubre trade. He played a whopping 45 minutes in his first game sans Rivers. Satoransky was a popular fantasy commodity last season due to his high percentages and all around balanced game. Washington is now turning back to a guy who had some success last year and he’ll try to steady his slow start to the season.

Rajon Rondo: Rondo is on track to rejoin the Lakers rotation after his call-up from the G-League. Lonzo Ball owners are about to feel a hit in his production with his return. Rondo will return to the same role he had earlier this year as a fantasy basketball asset. If you need a boost in assists, rebounds, steals and FG%, he’s your guy.