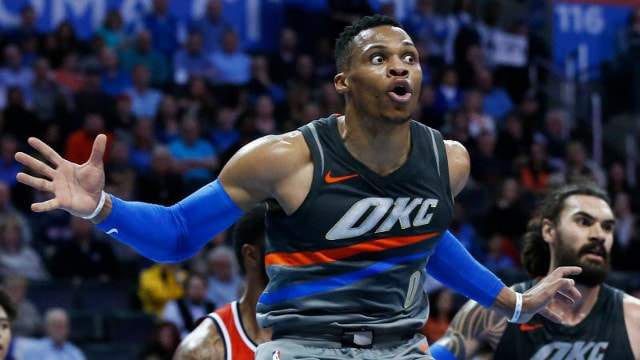 Fantasy basketball, unlike the other major fantasy sports, is heavily volume driven. In head-to-head leagues, you’ll often have a leg up on your opponent if you can manage to finish the matchup with more games than them. In daily roto leagues, this concept isn’t really a factor because you’re curtailed by the mandated games played limits, but in weekly roto, a similar strategy to head-to-head applies — you’re always going to start a player with three games that week over a player with one game, even if the player with one game is better than the player with three games.

Keeping this concept in mind, it’s important for owners to always be planning ahead. You must check your players’ schedules and see who has a weak or favorable forecast. Always scouring the wire with the goal of streaming players who play on off nights can help maximize your total statistical output. These things are so critical to winning your leagues.

Of course, that can be a lot of work, so I’m here to help out a little and get you prepped for this six-day opening week of the fantasy basketball season…which begins tonight!

Lakers guards not named Lonzo Ball – Unlike the other Lakers guards, Ball offers elite steals and should be getting 5-plus assists per game. Because of that, he’s safe to start, but in a two-game week, I don’t trust the minutes distribution enough (yet) to start Rajon Rondo, Josh Hart, or Kentavious Caldwell-Pope (who has also been dealing with a knee injury).

Russell Westbrook – Ideally owners will get definitive news on whether the Thunder star will suit up this week, but if that doesn’t come in time for Tuesday’s game vs. the Warriors, it’s probably best to leave him on your bench. As frustrating as that may be, it’s Week 1 and there’ll be plenty of opportunities for you to cash in on his boatloads of triple-doubles.

Gordon Hayward – This is more dependent on how deep your bench is. If you have a solid replacement for Hayward, I would be sitting him, as coach Brad Stevens announced that he’d be limiting him to 25-30 minutes per game for the first few weeks of the season, curbing some of his upside.

Hornets centers – Both Hornets centers played well this preseason. Willy Hernangomez’s energy and rebounding is making the Knicks regret trading him, and Cody Zeller has developed a three-point shot (say whaaaat?!). But both of them playing well means they’ll likely split time until one of them takes the reins. Week 1 is not the time to be gambling. Sit both these guys till their playing time is more clear.

Raymond Felton – Dennis Schroder is the player most likely to benefit from Russell Westbrook’s potential absence, but he’s also gonna be owned in almost all leagues. Raymond Felton, on the other hand, won’t be. Westbrook missed two games last year, and in those games, Felton averaged 10.5 points, 5.5 rebounds, 5.5 assists, 1.0 steals, and 1.5 threes in 32.5 minutes per contest.

Pascal Siakam – There’s been lots of talk about the Serge Ibaka/Jonas Valanciunas will-they-or-won’t-they-start debate, but I say, who cares? Pascal Siakam is probably better than Ibaka straight up at this point, and now is the time to add him because you don’t want to be playing catch up on the wire after he blows up.

Marco Belinelli – The Spurs backcourt is comically banged up right now. Dejounte Murray is out for the season, and his fill-in, Derrick White, is set to miss at least a month. First-round pick Lonnie Walker is also hurt. All they have left next to DeMar DeRozan is Bryn Forbes, Patty Mills, and Belinelli. There was little fanfare when the 11-year vet signed a two-year, $12-million deal with the Spurs, but it was a great move on paper. The Italian had one of his best seasons in 2017-18, with a career high in points per game (12.1) and three-pointers (1.9). He played even better after his deadline trade to the Sixers and performed very well in the playoffs. Grab him if you need some scoring and treys.