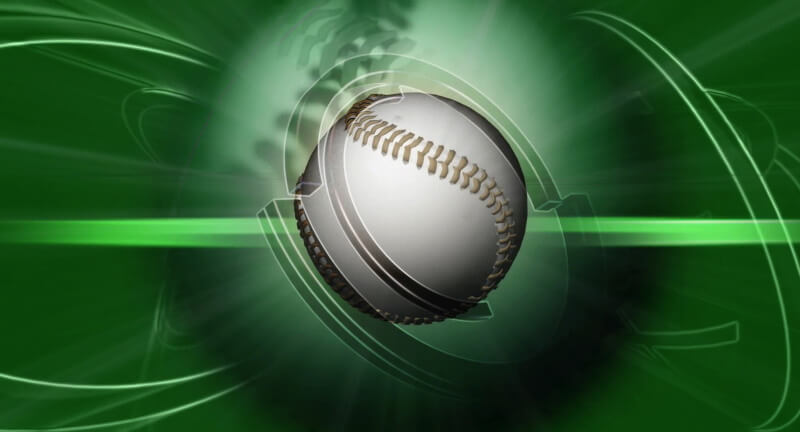 Since the introduction of Statcast to the baseball public in 2015, the baseball world has been inundated by talk of Launch Angle and Exit Velocity. The issue is these numbers are often thrown around with little to no context or explanation. Many among the fantasy community are in love with the metrics while others are skeptical of their utility. I am a true data nerd and like to use these metrics to help me paint a better picture of a player in my mind. For this piece, I will be looking at several of the metrics provided on Baseball Savant for hitters and their utility in fantasy baseball.

Easily the most cited stat from the Statcast is Exit Velocity. Plain and simple it is the speed at which a ball comes off the bat. This is the most helpful of all of the metrics I’ll discuss because it helps to put a number to things we have always been able to see. Batters who hit the ball harder on average tend to be more productive hitters. The harder you hit a ball, the better the chances are of getting a hit and the better the chances of hitting a home run. The push back here has always been that the exact average number does not matter as much. There are several extremely productive hitters with average exit velocities that skew to the lower end of the spectrum. While this is true, exit velocity does a great job helping to understand the power potential of a hitter.

There are further breakdowns of exit velocity that can provide more detail. The Savant leaderboards are split by EV on flyballs/line drives and EV on groundballs. High GB exit velocity can make an overall average look misleading and be detrimental to power potential. However, high FB/LD exit velocity can lead to massive power numbers that may be the deciding factor for me between two similarly projected hitters.

There is one other important metric for exit velocity and that is Max EV. This is simply the top exit velocity recorded by a particular hitter. This is another fantastic measure for future power potential and can help in identifying players to buy. The top hitter among qualifiers for 2019 in this metric was Vlad Guerrero Jr. Despite relatively poor first-year numbers, Vladdy showed his power potential and is a player who could easily grow into his power going forward. While his current price is a bit too steep for my liking there is serious power potential in his bat still. On the flip side, the max EV numbers are not a fan of Cavan Biggio, his Blue Jay teammate. Biggio ranks near the bottom among qualified hitters and this may cause me to be a bit less optimistic in his power upside.

The second extremely intuitive piece of information provided by Statcast is Lanch Angle. This is, as the name states, the vertical angle in which the ball leaves the bat. However, the trend to success is not as easy to see as in EV. There has been a launch angle revolution of sorts as hitters have been learning to hit the ball in the air more to increase power output. However, sorting a leaderboard by the highest average launch angle is not valuable. Hitters on the extreme end of launch angle tend to make themselves more susceptible to popups which are essentially automatic outs. Also, balls hit in the air with little exit velocity do not do much damage. To excel at the high launch angles, you need to be able to hit the ball hard.

For example, Brandon Belt and Austin Hedges are two players at the extremes of LA with poor EV numbers. These two hitters have struggled and may benefit from a more level approach. I have done some offseason research into this topic for another site and have had discussions with Alex Chamberlain of Fangraphs regarding the possible utility of the standard deviation of launch angle. Being able to consistently repeat a launch angle seems to have more of an influence of success in comparison to average. This link has some charts and other points of interest related to this concept.

While the two individual metrics mentioned above carry weight on their own, their true value comes from their intersection. Luckily Statcast provides us with two different metrics for this, Barrels and xWOBA. Barrels are balls based on similar exit velocity/launch angle pairs that have an expected batting average over .500 and a 1.500 slugging. These are the most impactful batted balls possible. The best way to utilize this information is to look at barrels per batted ball event. This will tell you how frequently a given hitter’s contact turns into a barrel. The best hitters in the game both power and other-wise will appear high on this leaderboard.

One potential buy based on these numbers is C.J. Cron. The new Tigers first baseman was sixth among all qualified hitters in 2019 in barrel rate. Unfortunately for him, Comerica is not the best park for power but Cron is being drafted around pick 250. He could be a great CI option later in drafts.

xWOBA is a similar concept, except for each batted ball it provides an expectation for each hit type (single, double, triple, HR) and computes a resulting wOBA value using the necessary weights associated with each batted ball type. This only uses the exit velocity and launch angle and in some cases Sprint Speed to develop the numbers. This is a completely context-independent figure and also does not factor in defense. The main goal of xWOBA is to see hitters who may have been lucky or unlucky based on their contact quality. It is important to look at the over or under-performers on a case by case basis to determine if anything is being missed.

Fernando Tatis – Could be missing items due to speed or he could be due for some regression. Ran insanely high BABIP

Justin Smoak, Brandon Drury, Danny Jansen – Outside of Jansen not fantasy-relevant but could there be something off in Toronto

Looking at the top five names here we see that it is harder to just explain these performances away. I prefer to look to players who under-performed as there may be a big bounce-back coming. These players can provide a buying opportunity. However, the big thing to remember is that despite better than realized xWOBA does not mean that these hitters will repeat. xwOBA is descriptive, not predictive. Its utility comes from helping to find a player who can have their poor performances from the year prior explained and potentially chalked up to bad luck.

Lastly, let’s hit on Sprint Speed. Sprint Speed is calculated a bit convolutedly, but it is a player’s speed in FT/S in their fastest one-second window. You can read more about this concept here. There is some correlation with stolen bases but I do not use it very often in my player analysis. The biggest benefit of this metric is to support players who run high BABIPs. A high BABIP can be tied to speed and players who can consistently repeat an above-average mark may be doing it as a result of their speed. Sprint Speed helps to level the playing field and show exactly who the fastest players in baseball are.

That is a brief overview of the use of Statcast measurements to evaluate hitters. There is so much more incredible information inside for those who want to dive deeper but this surface-level overview should be enough to get even the most hesitant user ready. Later this week I will take a look at a few things that are relevant only to pitchers. The metrics discussed can also be used to evaluate pitchers, however, we still do not know enough about contact management for me to fully trust that the skills are repeatable.

Are you using Statcast for fantasy baseball? Think it’s all overblown? Share your thoughts in the comments below.