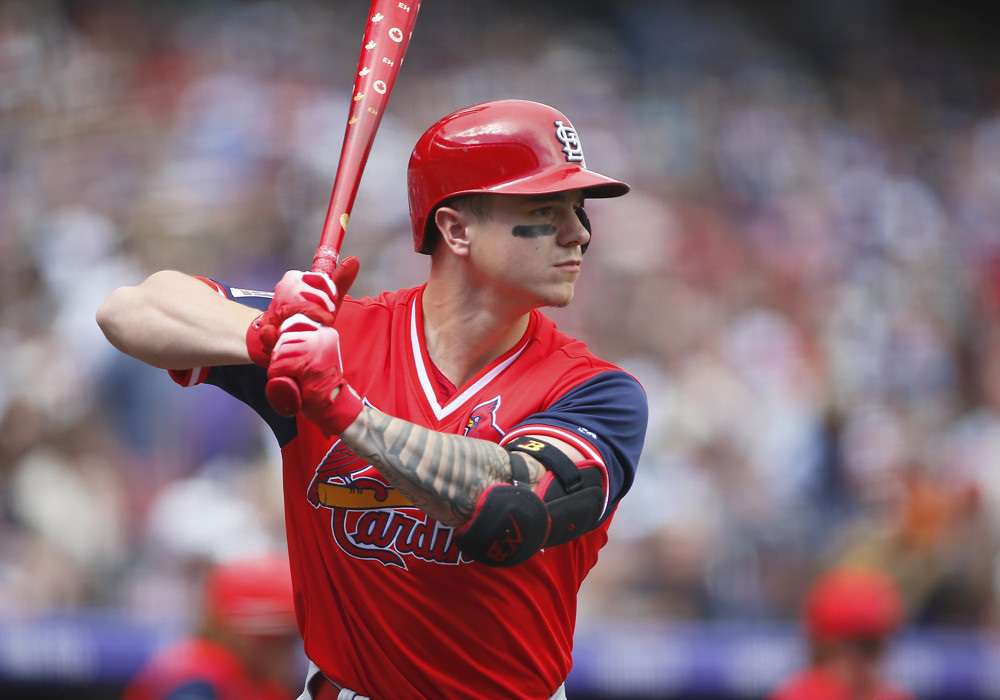 The MLB and fantasy baseball seasons might be in the home stretch, but this is where it really gets interesting on the waiver wire. Between September call-ups and back-ups finally getting a chance due to struggling starters, the waiver wire is chalked full of intriguing waiver wire pickups that can help your fantasy team in one way or another. Some of these guys might just be a temporary addition to ride out a current hot streak, and that’s okay. Don’t shy away from a guy because he might cool down in a week or two and become un-rosterable. You know what you do then? Cut him for another player. Easy.

Is it me or is Melky Cabrera one giant Deja vu trip? Every year he’s one of the hottest waiver wire pickups at one point of the season after not doing a whole lot leading up to it. Welcome to Melky-fest 2018. Over the last month, Cabrera is hitting .291 with five home runs and 16 RBI in 79 at-bats while starting primarily in right field for Cleveland. This after hitting .321 in 19 games for Triple-A Columbus.

Melky has always been a reliable source of batting average with modest pop, so owners looking for some help in the outfield might want to give Melky a look. He’s not the type of addition that is going to put you over the top, but can certainly help you out in multiple categories without hurting you in any.

It’s hard to look at what Laureano has done, both in Triple-A and in Oakland, and not be impressed. Between the two levels, he’s combined for 17 homers, 15 steals, 45 RBI, 53 runs, and a .298 average in just 305 at-bats. All he’s done since being promoted to Oakland is hit the ball hard. In fact, his hard contact rate sits at an even 50% during his limited time with the Athletics.

This production isn’t coming out of left field, either. The 2017 season was a down year for Laureano, but in 2016, he hit .317 with 15 homers, 43 steals, 73 RBI, and 89 runs scored while still in the Houston Astros farm system. The speed has always been an asset here and now Laureano has the offensive stats to go with it. He’s a highly recommended addition for anyone in a league of 12 teams or more, or in an AL-Only league.

Why is Tyler O’Neill available in nearly 60% of leagues? You’ll have to answer this one for me as he’s taken in every league I’m in. Yes, that’s mostly my doing, but still, there’s no reason why O’Neill is still this available. Sure, playing time was a concern, but he’s started each of the last six games and has cranked four home runs over his last seven games. I’ve gone into O’Neill plenty of times in my prospect/dynasty pieces this season. He has Khris Davis upside and we’re starting to get a glimpse of that this season. If O’Neill keeps hitting well like he is now, he’s not coming out of that Cardinals lineup, folks. His plus-plus raw power is going to be an asset down the stretch run.

Evan Gattis might not be able to find regular playing time in Houston, but Tyler White sure can. Maybe if Gattis was as hot as White has been lately, he’d start more than two times a week. Can you tell I have Gattis in a few leagues? No matter what time frame you look at, White’s statistics are impressive. He’s hitting .317 on the season with 11 home runs and 27 RBI in just 123 at-bats. That’s a 44 homer/109 RBI pace if extrapolated out over 500 at-bats. White obviously isn’t going to remain this hot the rest of the season, but he’s well worth adding to ride out this hot streak in a dangerous Houston lineup. This is about as no-brainer as no-brainer can get.

I’ve gone over Luis Urias ad nauseum this week, but not recommending him here would be foolish. Why? Because Urias has the chance to be a huge batting average asset down the stretch. In 450 at-bats for Triple-A El Paso, Urias slashed .296/.398/.447/.845 with 30 doubles, seven triples, eight home runs, and 83 runs scored. He’s having nearly an identical season to 2017, with the only differences being slightly more pop and an 8.1% rise in his strikeout rate from 12.4% to 20.5%.

I might have labeled him an overrated prospect a few days ago, but only due to his current lack of category juice. He does have some additional power upside down the road, but “down the road” doesn’t help us in 2018. If you know what you’re getting with Urias, you’ll likely be satisfied with adding him to your fantasy squad. The Padres appear ready to let him play every day at second base and let him hit high in the batting order, so those in need of a middle infielder would be advised to take a long look at the 21-year-old Padres rookie.

Bird is no longer the word in the Bronx. At least, that’s what it looks like for the rest of 2018. Voit was simply a depth addition for the Yankees back in July, but will be forced to ride Voit’s bat at first base with Greg Bird continuously stinking up the place. Bird is hitting .198 on the season, .122 over the last month, and isn’t even hitting for much power anymore. As long as Voit continues to hit fairly well, the first base job should be his for the foreseeable future.

So, what can we expect from Voit as the New York Yankees starting first baseman? The short answer is moderate production in all five standard scoring categories, minus stolen bases. Voit is a .288 career hitter in the minors with a solid approach at the plate and moderate power in the 20-25 HR range over a full season. Expecting a .280 average and a handful of home runs the rest of the way is a reasonable expectation. And if he keeps batting 4th or 5th like he has the last three games, runs and RBI will be fairly bountiful as well.

Remember this guy? Neris came into the 2018 season as a borderline top-10 fantasy reliever, but found himself out of the role after posting a 6.90 ERA and 1.53 WHIP in the first half of the season. With the Phillies surprisingly in the playoff hunt, that type of productions simply wasn’t going to cut. So off to Triple-A Neris went, never to be heard from again this season. But wait, what’s that I see? Eight scoreless innings and 18 strikeouts since being recalled? Now, this is the Neris we were expecting at the beginning of the season. Okay, maybe not THIS good, but damn sure better than a 6.90 ERA. Neris looks poised to reclaim the closer’s role from a struggling Seranthony Dominguez, so those in need of saves should give Neris a look now as a speculative saves add.