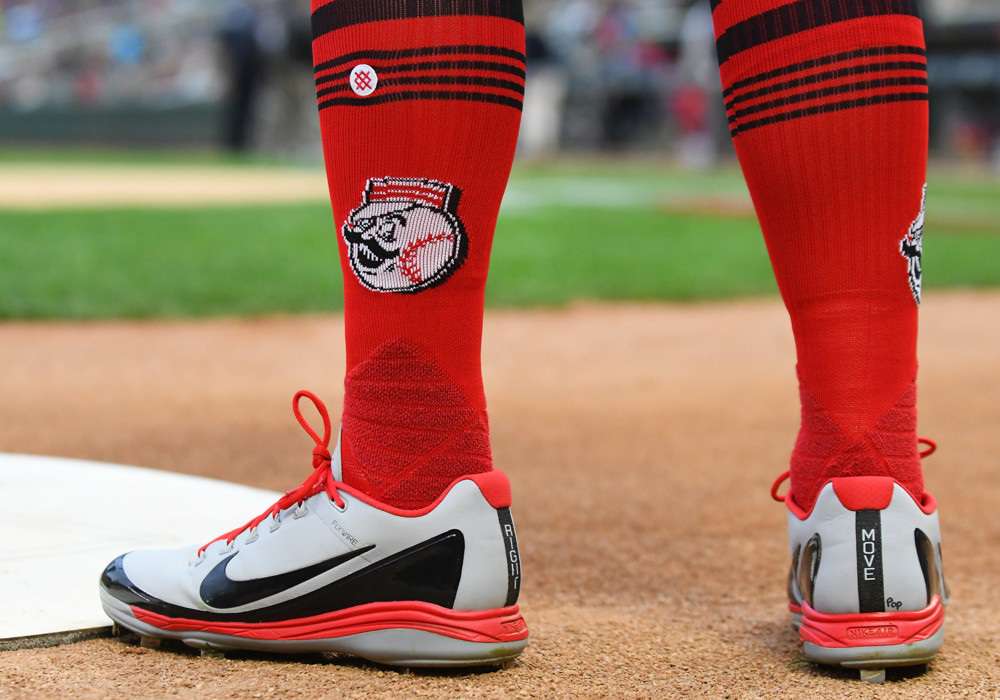 The hot dogs have been devoured on the corner of Surf and Stillwell, countless shoulders and necks are various shades of red, and the first half of the Major League season is in the books. Wait, what? We’re already in the second half of the season? Like the Weezer song goes, say it ain’t so.

I get it, the fantasy baseball season can be grueling and often, unforgiving. With Independence Day behind us, now is a great time to take a good, hard look at your fantasy team. Are you in contention? A bottom feeder? Fighting for the playoffs? If you’re still looking to make a second-half charge up the standings, you came to the right place. The five players below will be more than willing to assist with that late season run.

Want some strategies to go along with your waiver wire pickups? Doug Anderson can help you out there.

Who’s going to play third base for the Braves this season? That’s been the big question in Hot-lanta all season. With no worthwhile options at the Major League level and Austin Riley not ready to take over quite yet, the Braves have struggled to find consistency at the hot corner. It even got so bad that they tried to convert Jose Bautista back to his old position. A position he had barely played over the last several seasons. With Bautista out of town (that was quick) and Riley injured, Atlanta has turned their focus back to 24-year-old Panamanian infielder, Johan Camargo.

They have to be pleased with the results so far. In 200 at-bats, Carmago is slashing .260/.363/.460/.823 with nine home runs, 37 RBI, and a 31/40 BB/K ratio, which is vastly improved from 2017. He’s been even better over the last month, hitting .318 with four homers and 18 RBI. The rise in power can be attested to his 4.5 percent rise in flyballs and 12.5-percent hard contact increase. Riley is still lurking at Triple-A, but for the foreseeable future, Carmago is entrenched at third and should continue to contribute nicely in everything besides steals.

So, we’ve established that the surface numbers have looked appealing since the beginning of June. But let’s look a little deeper. Winker has been making much more hard contact this season and his 44.0 percent hard contact rate currently ranks 24th in the Majors, ahead of sluggers like Freddie Freeman and Giancarlo Stanton. He’s also hitting more fly balls, but unfortunately, the HR/RB rate has plummeted. Expect that to normalize some over the second half of the season. Winker is still stuck in a fight for playing time, but if he continues to hit this well, he’ll see his name on the lineup card more and more often.

Do yourself a favor and go look at the Atlanta Braves top prospects list on literally any major site. They have 10 pitchers that all have what it takes to be successful Major League hurlers. Not one, not two, not three… With all these top-notch arms in this system, a guy like Fried often gets overlooked. Yes, his dynasty appeal might not be as intriguing as the likes of Mike Soroka or Luiz Gohara, but for 2018 purposes, Fried is intriguing.

Since being recalled on June 30, Fried has made two starts with very different outcomes. On the 30th, he blanked St. Louis over 6.2 innings and punched out 11 Cardinals. Hot damn, Mr. Fried! But unfortunately, the Brewers weren’t as kind last night and Fried only lasted three innings, allowing four earned runs. Obviously, these are two extremes and neither one is indicative of what Fried is going to be moving forward. What we do know is that he has a rotation spot locked up moving forward and should provide solid, yet unspectacular numbers across the board. Something in the ballpark of a 3.75 ERA, 1.30 WHIP, and 8.5 K/9.

Welcome back to the waiver wire report Mr. Lucchesi. Please, let m take your coat. You might recall that Lucchesi made an appearance in this column back in the infancy stages of the 2018 season. He then proceeded to make me look good, posting a 3.18 ERA, 1.20 WHIP, and 8.9 K/9 in his first nine starts before a left hip strain forced him to the DL for a month.

With that strong pre-injury showing and nine shutout innings combined over his last two starts, it’s simply amazing that he’s still available in 40 percent of Fantrax leagues and over two-thirds of Yahoo leagues. What is everyone waiting on? Christmas? Well, sorry, Christmas is nearly six months away and Lucchesi isn’t going to be on the waiver wire for long if he continues to pitch well. There’s got to be room on your team for a guy with a low-3.00 ERA and solid strikeout rate, right?

Before we get going in this section, if you need saves, go add Joe Jimenez if he’s available. Jimenez has been the “closer of the future” for several years now, and with Shane Greene landing on the DL, the future has finally become the present.

With the exception of a dumpster fire of a season last year, Jimenez has pitched incredibly well at every level in his professional career. In 153 minor league appearances, his ERA and WHIP sat at 1.56 and 0.91 respectively while his K/9 was a sparking 13.0. I don’t know about you, but those look like elite closer numbers to me. On top of all that, control has never been a hindrance. Jimenez will serve as the Tigers closer while Shane Greene is out and likely will lead Detroit the rest of the way in saves with Greene likely to leave town via trade at the deadline. There’s Top-10 RP upside here.

Top 30 Quarterback Rankings and Tiers for 2018