Waiver Wire Pitchers – Can These Two Pitchers Sustain Their Success? 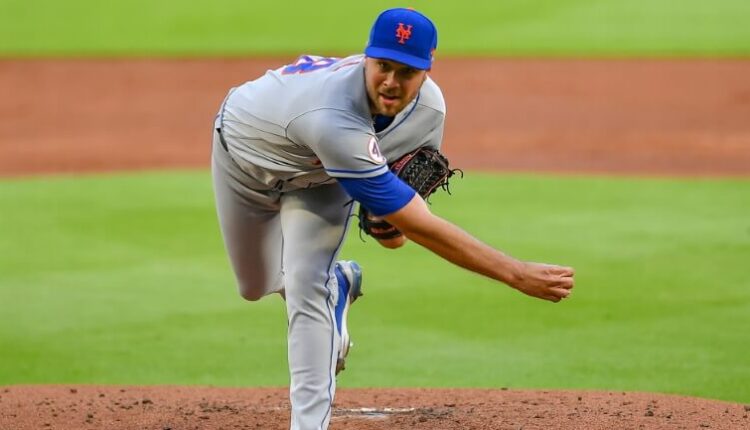 With each waiver wire pick-up, it’s a good idea to ask ourselves – how legitimate are these waiver wire pitchers or hitters? Sometimes in fantasy baseball, we can’t wait and see. I’m a patient person and sometimes overthink different aspects of life, particularly fantasy baseball. However, when making free agent pick-ups, sometimes we need to react and add players before we have the entire picture.

Especially with so much information out there and sharp fantasy players, we can’t wait to see what’s going on with Tylor Megill or Carlos Hernández. Admittedly, I hadn’t heard of either pitcher before some waiver wire periods this season. Sometimes we think we’ve dug into 400 plus players, and we realized we missed 400 more. The purpose of this article – can these waiver wire pitchers sustain their success?

Waiver Wire Pitchers – Can These 2 Pitchers Sustain Their Success?

It’s hard to gauge and compare to previous seasons in the minors because Tylor Megill reached a career-high of 35 2/3 innings pitched at any level at High-A in 2019. However, outside of his first couple of seasons in the minors, Megill typically rocked a 36% strikeout rate and 7.3% walk rate across Double-A and Triple-A in 2021.

Against the Dodgers on Friday, Megill went five innings while allowing six hits, three earned runs, and one walk with six strikeouts. Megill finished with a 22% whiff rate and 24% CSW% overall on 92 pitches. Unfortunately, Megill’s changeup wasn’t that effective, with a 7% whiff rate and 9% CSW%. That’s typically Megill’s best pitch with a 35.6% whiff rate and .254 wOBA allowed. Although the final results look decent against a difficult opponent, it appears the results could’ve ended up worse.

On the surface, Tylor Megill’s .286 BABIP allowed and 79.7% LOB% looks like his ratios could regress a bit. The ERA estimators and projection systems seem to agree as well. Megill has a 3.74 FIP, 4.01 xFIP, and 2.85 xERA. Megill’s xERA is relevant because of his ability to limit hard contact so far, evidenced by a 6.5% barrel rate allowed (68th-percentile) and .262 xwOBA (91st-percentile).

Megill primarily relies on three pitches, the four-seamer, changeup, and curveball that account for over 97% of his pitches thrown. He pounds the zone with the four-seamer that sits around 94-95 mph and a 60.2% Zone%. Megill’s changeup and slider make up his best whiff pitches, evidenced by a 19.8% swinging-strike rate on the changeup and a 13.5% swinging-strike rate on the slider. The changeup boasts a 42.6% O-Swing%, wow.

None of Megill’s pitches stand out movement-wise, but they still look effective based on results. Megill’s ability to limit walks and elicit whiffs makes his profile enticing. Besides a couple of recent rockier starts against the Marlins and Phillies, where he allowed four earned runs, Megill hadn’t allowed more than three earned runs in any other appearance.

Here’s the bottom line – Megill’s profile looks sustainable, but the questions involve the innings pitched for the rest of the season. Take this for what it’s worth, but The BAT and STEAMER project Megill for 36 innings pitched, which averages out to roughly seven more starts of five innings. At this point, Megill looks like a player to start in most matchups, given the 2021 success, particularly in 15-team leagues. He’s one of the waiver wire pitchers that can sustain their success. Hopefully, fantasy managers scooped up Megill when Eric Cross recommended him back in late July.

Carlos Hernández is the next of the hot waiver wire pitchers. The hard-throwing righty boasts a four-seamer that sits around 97-98 mph and grades as a plus-fastball per FanGraphs. Hernández appeared in 17 games with five starts this season, all of which came in the past month. As a reliever this season, Hernández didn’t perform that great with a 4.98 ERA, 1.66 WHIP, 30% strikeout rate, and 15% walk rate in 21 2/3 innings pitched. Yikes. However, maybe he ran into some misfortune with a .365 BABIP allowed and 73.1% LOB%.

As a starter, Carlos Hernández has a 3.33 ERA, 1.07 WHIP, 22.1% strikeout rate, and 10.5% walk rate. That comes with a .230 BABIP allowed and 74.4% LOB%. The ratios look better likely due to a lower BABIP allowed, but the K-BB% doesn’t look hot. Many fantasy managers, including myself, likely increased their interest after Hernández tossed a quality start with one earned run against the Yankees in 6 2/3 innings on August 9.

Carlos Hernández isn’t providing consistent strikeouts, which leads us to his arsenal and seeing whether he’s legitimate or not. As noted earlier, we can’t wait and see with these waiver-wire pitchers. That’s the case with Hernández as we have to pick him up based on recent performance to land a big-time waiver wire addition. Unlike Tylor Megill, Hernández’s strikeout to walk rate concerns us.

Granted, it’s a small sample, but all of Hernández’s pitches elicit a double-digit swinging-strike rate. Hernández mixes in five pitches and most coming via the four-seamer, curveball, slider, and sinker. However, FanGraphs lists a four-seamer, slider, curveball, and sinker as his four pitches thrown. Both Hernández’s breaking pitches look like his best pitches, evidenced by a 34.4% whiff rate on the curve and a 43.9% whiff rate on the slider. Even Hernández’s wOBA allowed on the slider sits at .194, with a .269 wOBA allowed on the curveball.

Goodness… 98.3 mph fastball in the upper corner from Carlos Hernández to get Tim Anderson swinging in the first. #Royals pic.twitter.com/pDEIBoKmkG

One would think, well, Carlos Hernández should reduce his fastball usage and increase the breaking ball pitches. However, Hernández already throws both breaking pitches over 36% of the time while throwing the four-seamer at 38.7% of the time. Meanwhile, Hernández’s four-seamer isn’t terrible as it allows a .364 wOBA and .417 SLG yet a 10.1% swinging-strike rate and 26.1% whiff rate.

My overall takeaway on Carlos Hernández – he looks like a matchup-based streamer with more risks than reasons for optimism. The K-BB% isn’t great, plus Hernández is suppressing BABIP in his recent hot stretch. Stay cautious with Hernández even though the results look solid. Fantasy managers should only stream Hernández in weaker matchups while having a short leash with one of the riskier waiver wire pitchers.