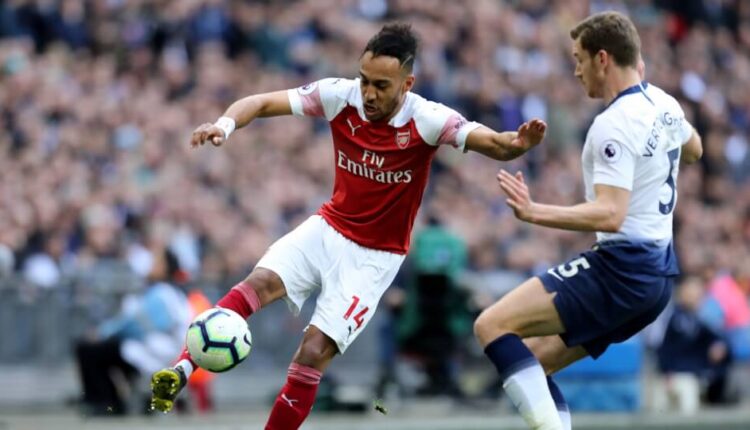 Luke Wilkins digs deep into the Underlying Numbers that will dictate your success in GW4 of the Fantasy EPL season.

A big difference between traditional Fantasy Premier League (FPL) Football and the new draft format championed here at Fantrax is the scoring system. Fantrax offers a much more intelligent way of scoring points, such as through the adoption of the widely regarded “Togga Scoring”. The reason I mention this is because, in traditional FPL, focusing on the big three – goals, assists, and clean sheets – is absolutely essential to success. But in Togga Scoring, you can maneuver your way to victory through other means: the underlying numbers.

The underlying numbers include key passes, shots on target, successful dribbles, accurate crosses, aerials won, interceptions, clearances, and tackles. They explain how Willian racked up 337 points last year despite scoring just one league goal. Or how Shane Duffy became the 11th best defensive asset whilst keeping only seven clean sheets. And it works the other way too. Glenn Murray scored an impressive 13 goals, but had an unimpressive 6.87 FP/G. Aymeric Laporte recorded an unthinkable 18 clean sheets, yet had a fairly modest FP/G of 8.96 by comparison.

The big three stats can mask the true fantasy value of a player. Looking at the underlying numbers can get around that, but it can be a cumbersome task. Don’t worry though. Every other week I will be here to do the hard work and dig through those numbers, identifying which guys to target, and which to avoid. (Note, all numbers are based on Togga scoring system). So let’s start with…

Target: The man to watch on defense in GameWeek 4 is Chelsea’s Emerson. He had a monster day away at Norwich last week, but the 6.25 points he earned in a 4-0 hammering by Manchester United is arguably just as impressive (remember, defenders lose two points for each goal conceded). A FP/G of almost 13 for a defender who hasn’t kept a clean sheet, scored a goal or made an assist is remarkable. His nine tackles won are 4th most in the league and his four shots on target are the most among defenders.

Target: The other player to highlight is Andrew Robertson, who has come in for a little bit of criticism among the FPL Twitter community after what has been a slow start for himself offensively and for Liverpool defensively. He still ranks 30th among defenders in total points despite blanking in attack and conceding in defense. He has five key passes (4th among defenders) and six accurate crosses (1st among defenders). It’s only a matter of time before these turn into assists. If you have him, keep the faith. If you don’t have him, test the faith of the person that does!

Avoid: Yerry Mina has 33.5 FPts so far – 11th most among defenders. Unfortunately, for the long-term hopes of Mina owners at least, 16 of them have come from clean sheets. Even the most ardent Evertonian will admit that two clean sheets from three games is not a sustainable level (it would easily surpass the esteemed Liverpool and City defences of last season), especially considering that they’ve had one of the easiest opening schedules in the league.

Avoid: Guaranteed starters for big six clubs are always tempting but do not fall into the trap of acquiring Victor Lindelof. Remove the clean sheet from opening weekend, and he has ONE point for the season. Strangely, next to him Harry Maguire is doing quite nicely (Ole must be using the old “Stopper/Cover” CB combination from Football Manager). As a team, United’s xGA are the best in the league – admittedly after just three games – but as an individual, Lindelof is doing nothing. Make sure he continues to do nothing for someone else, and not you.

Target: 10 key passes in three games for Manuel Lanzini. 10! That’s absurd. He also has a remarkable 87.7% pass completion rate given the role he plays. It’s early days, but it seems the Argentinian is finally over his horrific injury from 15 months ago and is ready to pull the strings for a Hammers side that’ll need to score plenty of goals to make up for a shaky defense. Upcoming games against Norwich and Aston Villa should continue to bring in big fantasy points.

Target: It’s always tough to decide whether one of the lesser names is the real deal (from a fantasy perspective), or whether he’s just had a good start boosted by a goal or an assist. Mount, Ndombele, Cantwell, McGinn…you can make both cases for each of these guys. Oliver Norwood, though, is someone who I think can last the pace. I’m not talking as a game-changer. But definitely as a viable, week-in-week-out starter. He seems to be everywhere for Sheffield United and is racking up points despite not assisting or scoring. He’s also only owned in 41% of leagues.

Avoid: 94.7% of Daniel James’ total FPts have come from the two goals he has scored. Admittedly, when factoring in the negative six points for the two yellows he’s received, this drops to 72%. But still, that’s a big reliance on something that is unlikely to continue at the same rate. He’s an attacking player for a top-six team, which makes him enticing, but also makes him prime trade bait. He has zero accurate crosses, zero key passes, and one successful dribble…tell me why he’s valuable again?

Avoid: A friend of mine once criticized Gareth Bale because “all he does is score worldies” (this was back in his Spurs days when he seemed to cut inside and ping shots into the top corner every other week). The same could be said of Harry Wilson, who has – as it has been pointed out a million times now – scored more goals from outside the area than any other player in 2019. Maybe he’ll continue to do so, maybe he won’t. If it’s the latter, then there’s not much else to maintain his FPts, though admittedly, this is based on just 129 minutes of football this season.

Target: Out of the top 20 forwards so far this season (based on total FPts), only one has yet to score a goal or tally an assist: Callum Wilson. This surely won’t last much past GameWeek 4. Bournemouth is an attacking team that, for the most part, run through Fraser and Wilson, so expect him to kick start his campaign sooner rather than later. Having only two shots on target in three games is a little worrying, but it doesn’t appear that he’s playing any deeper than last year, so expect this to rebound in time.

Target: The hype around Nicolas Pepe hit unbearable levels on Twitter this week. Just days after the greatest ever turn on world-class centre back Ben Mee, he managed to kick the ball past an overly committed VVD before running for a bit and then losing the ball. Watch out Messi. Jokes aside, Pepe looks the real deal, at least from a Togga scoring perspective. He currently has a PP90 of 12.6, with no assists or goals to his name. He’s had three key passes and three shots on target in 154 minutes of football. Not bad.

Avoid: He’s Chelsea’s number nine and he’s just bagged two goals, but I’m still avoiding Tammy Abraham. 25 total FPts could be just 16 if Krul had decided to stick out an arm for that second one (seriously, the ball went pretty much down the middle). The first was nicely taken to be fair to him, and it seems Frank is determined to give him a chance, so maybe I should too. But anything less than a double-digit points haul at home to Sheffield United will not be good enough this weekend.

Avoid: Harry. Kane. There’s been a good debate as to whether people (in the traditional format at least) should stick or twist with the England captain. Well, if I played the traditional format, I would be in the latter group. Kane has averaged just four assists a season in the league, which is fine if you’re averaging 25 goals a season (which he is). But it does make you very reliant on one particular (fantasy) scoring metric. It’s only three games, but it should be noted that his shots, key passes, dribbles, and aerials won per game are all at the lowest rate of his career. If Tottenham’s poor form continues – they’ve won just four of their last 15 league games – it could put a serious dent in Kane’s fantasy contributions.

Who are you targeting in GW4? Let us know in the comments below.