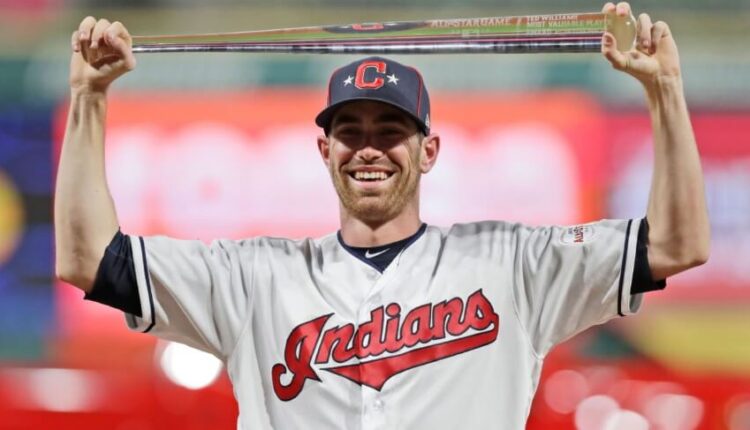 The weekend is upon us, and that means it is time to think about next week’s lineups.  Let’s dive right in to the two-start pitchers for the week of 4/12/2021. There are many options, and some are better than others.  Read on to see our picks for the coming week.  Here’s hoping the pitching gods have been kind to you so far in 2021!

Set it and forget it: Most fantasy owners will start these two-start pitchers no matter who they are playing this week.

Freddy Peralta: vs. Chicago (Alzolay), vs. Pittsburgh (Kuhl).  Yes, to me Freddy Peralta is a must-start this week, and I will be starting him in all formats.

No analysis needed.  Start those listed above.

Pablo Lopez: @ Atlanta (Fried), vs. San Francisco (DeSclafani): I am excited by the continued development of Pablo Lopez. He has started two games this far in 2021, with a 1.54 ERA and .77 WHIP thus far, with 1o strikeouts in 11.2 innings.  Max Fried is coming off a shellacking, and the San Francisco offense has yet to strike fear into anyone. If he does well this coming week, I would push Lopez into “must start” territory.

Stephen Strasburg: @ St. Louis (Gant), vs. Arizona (Weaver). Strasburg is a risk this week even though he has two matchups against mediocre starting pitchers. Why the risk?  He is fresh off injury but had a very good start last week: six innings, eight strikeouts, no runs, and one hit on 85 pitches. The only thing keeping him out of the must starts for me is the injury risk and not knowing how long manager Davy Martinez will let him go in a two-start week.  If you are feeling lucky, push him to must start.

Max Fried: vs. Miami (Lopez), @ Chicago Cubs (Williams). Fried got blown up in his last start. He has started two games, showing an ERA of 9.00 and a WHIP of 2.43.  That said, he does have 11 strikeouts in seven innings.  I don’t like his matchups this week and am taking a wait-and-see approach with Fried. For those of you that drafted him as a number two starter, you may feel compelled to start him.  He will be on my bench.

John Means: vs Seattle (TBD), @ Texas (Gibson).  This comes down to what Means “means” to you. Do you believe?  Means has two starts under his belt with a minuscule .77 ERA and .86 WHIP, with nine strikeouts in 11.2 innings. He was scheduled to face James Paxton in Seattle, who is now apparently out for the year with TJS.  He will get the famous “TBD” this week.  I like Means this week and would start him in most formats.

Chris Bassitt: @ Arizona (Bumgarner), vs. Detroit (Boyd). Bassitt draws Bumgarner, who has continued to struggle, and Boyd, who has been very good this year but is prone to inopportune blow-ups.  I start Bassitt.

The following two-start pitchers are guys we have questions about, either because of how they have pitched this year or the opponents they are facing this week. You will have to decide based on your league context and your needs if you go with these two-start pitchers.

Dallas Keuchel: vs. Cleveland (TBD), @ Boston (Eovaldi).  He has been shaky with an ERA of 7.00 in two starts, doesn’t offer much in the K department, and his team’s offense is struggling.  I would likely bench Keuchel this week as he scares me, especially in the bandbox of Fenway Park, especially with an 88 MPH fastball.  Love to watch him pitch; do not love to own him.

Christian Javier: vs. Detroit (Boyd), @ Seattle (Sheffield).  Javier was a revelation in 2020, coming out of relative obscurity to gain a starting role in Houston.  He has been shaky thus far in 2021, with seven strikeouts in nine innings, an ERA of 7.00, and a 16.7 K percentage.  Pass until you see better results, even against two weak offenses.

Ryan Yarbrough: vs. Texas (Gibson), @ NYY (Cole). I know many owners really like Yarbrough as a sleeper this year.  But he’s been hit pretty hard this year: 5.06 ERA, with only five strikeouts and 1.3 WHIP.  I would like to see some stability in his starts before investing. The other thing you always worry about is starting a Tampa Bay pitcher; how many innings will they get before manager Kevin Cash goes to the bullpen?  Too risky for me, and facing arguably the best pitcher in the game in Cole in the second start.  Pass.

Nathan Eovaldi: @ Minnesota (Maeda), vs. CWS (Keuchel).  Normally I would recommend starting Eovaldi, but facing two playoff-caliber teams this week gives me pause.  That being said, Eovaldi has been very good so far in 2021: 1-1, 1.46 ERA, .89 WHIP, with 11 strikeouts in 12.1 innings.  If you are feeling bold and aggressive, go ahead and start him. Keep in mind he has faced two struggling offenses in Baltimore and Tampa Bay.  There is risk here.

JA Happ: vs. Boston (Perez), @ LAA (Quintana). Happ limits hard contact; usually, that is. But when he gives up barrels, rockets are launched. Zero barrels this year, but it’s coming.  Do you want to take that chance facing guys like Devers, Bogaerts, Martinez, and Verdugo against Boston?  And then he goes to Los Angeles to face Trout, Rendon, and this guy named Ohtani.  Pass.

Madison Bumgarner: vs. Oakland (Bassitt), @ Washington (TBD).  I was one that was hopeful that MadBum might regain some of his former mojo. His ERA is 11.00 with a WHIP of 2.22.  Strikeouts have been good with 1o in nine innings. Six runs against San Diego, and five runs against Colorado. Egads.  Do not do this to yourself this week.

Casey Mize: @ Houston (Greinke), @ Oakland (Montas).  I have picked up Mize in several leagues and have him stashed on my bench.  This isn’t the week to start him.

Matthew Boyd: vs. Houston (Javier), @ Oakland (Bassitt).  I want to believe.  I really do. Many fantasy analysts far wiser than me would likely disagree with this assessment this week. Here’s the thing so far:  the K rate is down, and he has a career 5.06 ERA with a 35-55 record.  His xERA this year is 3.68 as opposed to the current 2.13 ERA. This feels like an accident waiting to happen, and I have had enough bad starts this year already to take this risk.

Justus Sheffield: @ Baltimore (Kremer), vs. Houston (Javier).  Sure, the talent is there, but where are the results?  He will require patience as he learns the ropes. The White Sox dismantled him this past week.  Wait before making him a starter in your rotation.

Wade Miley: @ San Francisco (Sanchez), vs. Cleveland (TBD).  Miley intrigues me.  He had six strikeouts in six innings in his first start last week. Miley throws a cutter about 48% of the time, and it has been effective.  Miley has been quietly effective for years when healthy. He limits hard contact.  Feeling lucky?  Go for it.  I would likely sit him this week if I had other, safer options.  Still, he intrigues me.

Dane Dunning: @Tampa Bay (Glasnow), vs. Baltimore (Kremer).  I like Dunning, but he is piggybacking with other starters in Texas.  Pass. Too much risk and not enough innings.

Dean Kremer: vs. Seattle (Sheffield), @ Texas (Dunning). Kremer is developing and could be a mid-rotation starter for fantasy teams at some point.  That point is not here yet.

The following guys are players that I will not be using until I see some glimmer that would allow me to move them into the questionable start tier. Pass on these.

Similar to the must starts, we do not need to evaluate these two-start pitchers this week.

For more help on the pitching front, check out Nathan Dokken’s Starting Pitcher Barometer, a constantly evolving analysis of the latest pitcher rankings.

The Bad Batch of Dynasty Football