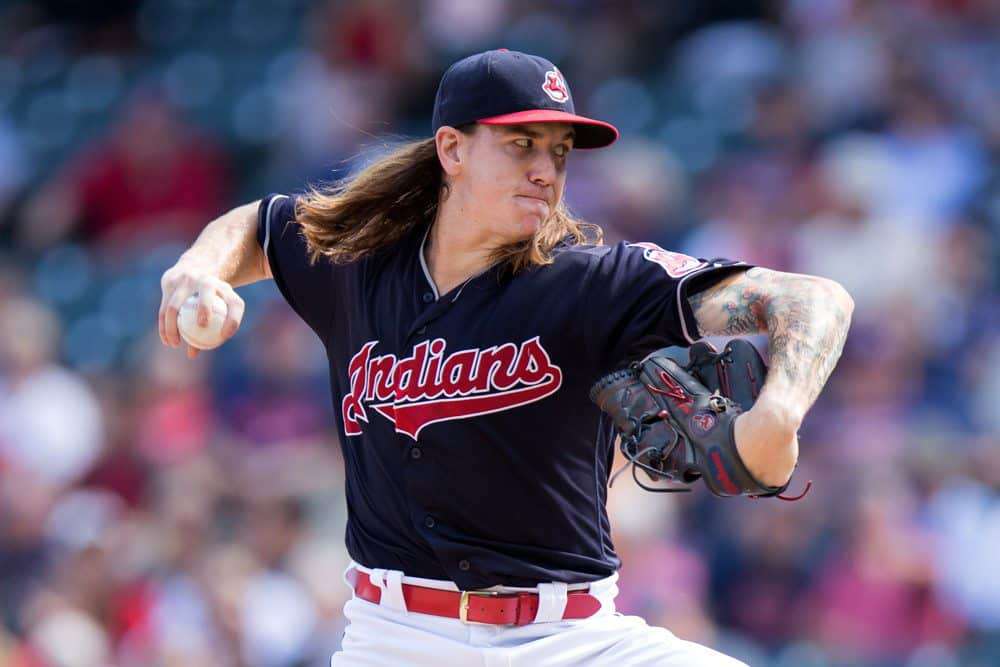 The 2017 fantasy baseball season is winding down. We have come to the next-to-last full week of the regular season. This week will decide quite a few champions, and most teams are going to ride the horses that got them here. Everyone will be searching high and low for an advantage whether you are the favorite or the underdog. Others may be looking for lightning in a bottle to continue their Cinderella season to a league championship victory.

Unfortunately, this week gives us a rather uninspiring group of projected two-start options. In most weeks, we have at least a few options in our lower tiers to dream on, but this week there is a definite gap in the talent available. When deciding on a matchup play, I would suggest looking for pitchers whose teams are still playing for playoff spots, as their performances will be more hotly contested than those who are just finishing out the season. In most cases, your top pitching options will outperform a mediocre or lesser two-start option even in a single start week. That isn’t to say some gambles won’t pay off if you have the right mix in your rotation, though.

These are projected starts, and as such are subject to change due to rain-outs, injury, performance issues, or managerial whims. I offer only my the opinion on the matchups; there are no guarantees on the actual starts.

[the_ad id=”384″]I am not here to convince you that Mike Clevinger is a fantasy ace. What I would like to point out is that he has been a very successful part of the Indians’ win streak and should continue that output against two lesser teams for his two-start week. In his last three starts, he has an ERA of 0.51. He has struck out 19 batters over 17.2 innings and has walked only six. I will concede that two of those starts came against a rebuilding and currently awful Detroit team. Nevertheless, both the Angels and Mariners are battling for a Wild Card spot, and I believe Clevinger has the skill set to be successful against them. Plus, he gets both on the road, where he owns a 2.56 ERA and 1.19 WHIP (compared to a 3.88 ERA and 1.35 WHIP at home). I would not balk at using him this week as an anchor for my rotation.

Feeling Confident With These…

Normally I don’t buy into the whole “change-of-scenery” claim when it comes to players moving from team to team. It does seem to have credence in certain cases, however. Take a look at Mike Leake this year. When it comes to fantasy purposes, I don’t get overly excited about him as a pitcher, but he has had a very interesting season. He started off with a 3.12 ERA, 1.15 WHIP in 17 games with the Cardinals before the break. He completely fell off that pace in his next nine starts, holding a 6.90 ERA and 1.76 WHIP before getting traded to Seattle. His three starts with the Mariners have been nothing short of brilliant, with a 2.41 ERA and 1.13 WHIPwith a 17:2 K:BB ratio in 18.2 innings. It is a small sample size, but the early-season success leads me to believe he indeed needed the change. Both games are against tough teams this week, but the Mariners are still in the Wild Card hunt at 3.5 games back.

Not Very Exciting, but Possibly Usable…

Up until his last start, against a mostly weak Oakland A’s lineup, Doug Fister had strung together a very useful month. In his last five starts, he has pitched to a 2.91 ERA and 0.85 WHIP. His 31:9 K:BB ratio in 34 innings is strong. Given his mediocre history, fantasy owners have reason to be hesitant with the right-hander. This week, he is pitching both games on the road, where he owns a 3.49 ERA (compared to a 4.93 ERA at Fenway). If I were in a crunch, I’d be willing to take a shot on Fister and his two-start week, though there’s still some risk here.

With the exception of Perez, most of the pitchers in this group are in their first or second major league seasons and offer promise for future fantasy staffs. This week, however, they are best left on the bench if you have better matchup options at your disposal. Lance McCullers came off the DL on September 6th and pitched a decent enough game after missing more than a month with a back injury, but his last start was skipped due to what is being called arm fatigue. With the playoffs just a couple of weeks away, the Astros are no doubt going to be cautious with their young starter. If he does get two starts this week, he’s a highly appealing option with plenty of strikeout potential. Keep an eye on his status to start the week.

Someone has to win the game on 9/18 between Matt Harvey and Dan Straily. The odds are good neither one of these two second-half disappointments will factor into the decision, though. With all of the issues the Mets have had keeping their young pitchers healthy over the last two seasons, you have to wonder if changes won’t be coming for the Mets’ management over the offseason. Harvey went on the DL on June 16th with a stress reaction in his throwing shoulder. In his three starts since returning, he has a 12.19 ERA and 2.42 WHIP with a 6:5 K:BB ratio in 10.1 innings. He just flat out looks bad. Dan Straily had a very strong, if not overly surprising first half, but he has really fallen off since the All-Star break. In his last month alone, he has a 6.27 ERA and 1.64 WHIP. He is still getting a good number of strikeouts with 30 in 33 innings, but he is far too hittable and is too prone to the long ball, giving up nine homers in his last six outings. If you can afford to sit these guys, along with everyone else on this list, I highly suggest you do so.