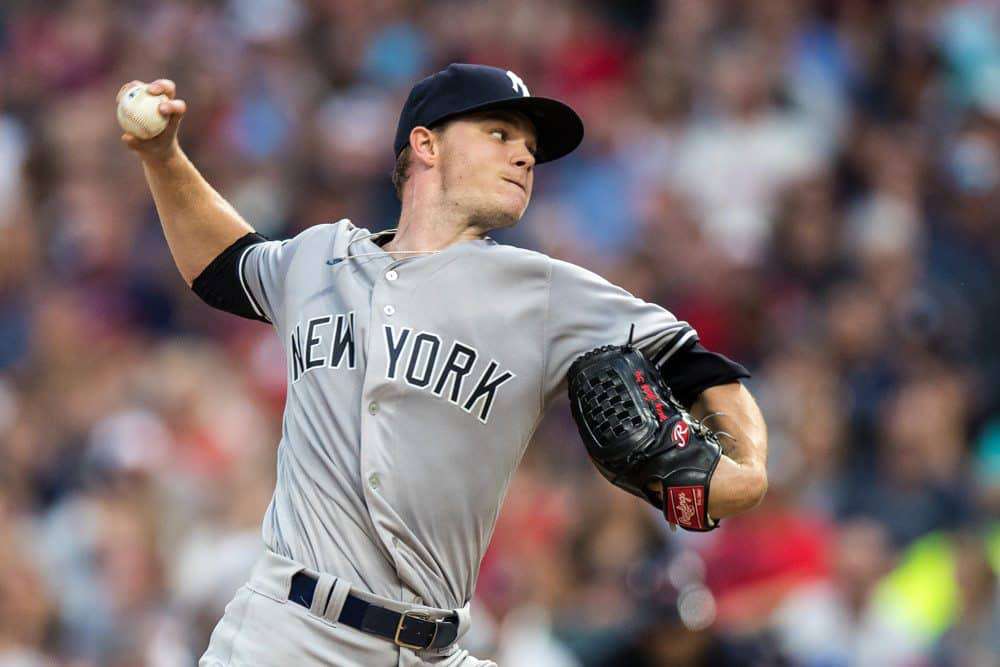 Playoff chases and Wild Card races have really gotten interesting here in the last three weeks of the season, and there promises to be several close finishes. In addition, fantasy seasons are nearing the home stretch, as well.

This time of year, it gets a lot harder to determine which pitchers will actually get two starts. Sometimes it is hard enough to peg a single-start week! With all kinds of crazy weather, innings limits on young pitchers, injuries, and teams expanding to six-man rotations in September, determining if a pitcher will get that second start in a week becomes a difficult issue.

I would suggest focusing on matchups in the event that one of your two-start guys only gets one start. You’ll want to make sure they have the best opportunity against the more favorable opponent if that is the case. Try to set your lineups as late as possible. This will give you every chance to make last-minute changes due to any unforeseen circumstances.

These are projected starts, and as such are subject to change due to rain-outs, injury, performance issues, or managerial whims. I offer only my the opinion on the matchups; there are no guarantees on the actual starts.

You Should Be Starting These Guys No Matter What…

Since coming from Oakland in a deadline trade, Sonny Gray has been a terrific addition to the Yankees’ rotation. In his last three starts, he owns a 2.29 ERA and 0.97 WHIP with punchouts in 36.2 innings. Although there is some intrigue to whether CC Sabathia or Jaime Garcia will take the mound on Monday, there is little risk of Gray missing a start or having one pushed out. You should feel pretty safe starting him and expecting two starts for this week.

[the_ad id=”384″]I went out on a limb in this tier and put two young right-handers who are basically auditioning for a spot on their respective teams’ 2018 rotations. The Brewers’ mid-season No. 4 prospect, according to mlb.com, Brandon Woodruff, has had a pretty steady rookie season. In his four starts this season, he has a 1.52 ERA and 1.10 WHIP in 23.2 innings pitched. He faces two average teams in the Pirates and Marlins for his two-start week and should be a decent flier. The Reds’ 24-year-old Robert Stephenson has pitched much of the season in the bullpen, but he has a 2.19 ERA with 31 strikeouts in 24.2 innings over his last four starts. Unfortunately, his inflated walk rate has led to a 1.42 WHIP in those four outings. This makes him a little bit of a risk, but you have to like the strikeout potential. This late in the year, you need to weigh the risk against the reward.

If you are looking to target a pitcher out of this group, look no further than Jake Odorizzi. His 4.58 ERA and 103 strikeouts in 123.2 innings may have frustrated some who were hoping for bigger things. With two different DL stints on the year and a couple other minor ailments, he didn’t hold up to his promise over the last two seasons. He has shown some signs of life here late in the season, though. In his last three starts, he has 13 whiffs to go along with a 3.52 ERA and 1.04 WHIP in 15.1 innings. He does have two tough opponents in the Yankees and Red Sox, but he gets them both at home.

Meh, How Much of a Risk Are You Willing To Take?

You have to be a little cautious running Garrett Richards out there after he’s missed almost the entire season. You also have to be cautiously optimistic that the Angels’ ace can perform as a reliable option. He missed exactly four months between starts (Apr. 5 – Aug 5.) and is being held to conservative pitch counts. You can’t deny he has talent when healthy, though, as he owns a career 3.55 ERA and 1.26 WHIP. His injury was listed as a biceps strain, so it was not related to his previous UCL sprain. If Richards can stay healthy, he could be a nice addition down the stretch.

Nothing Here Worth Using This Late In The Season…

If you are digging this deep this late in the season, you are either really desperate or have an extremely deep league. I put Cardinals’ rookie Jack Flaherty in this group because there are reports he may be moved into a bullpen role to finish the season when/if Adam Wainwright returns. He is young and has a bright future, but at age 21 he still needs a little bit more polish to be relied on here in 2017. If you have him in a dynasty league, he is definitely worth holding onto.