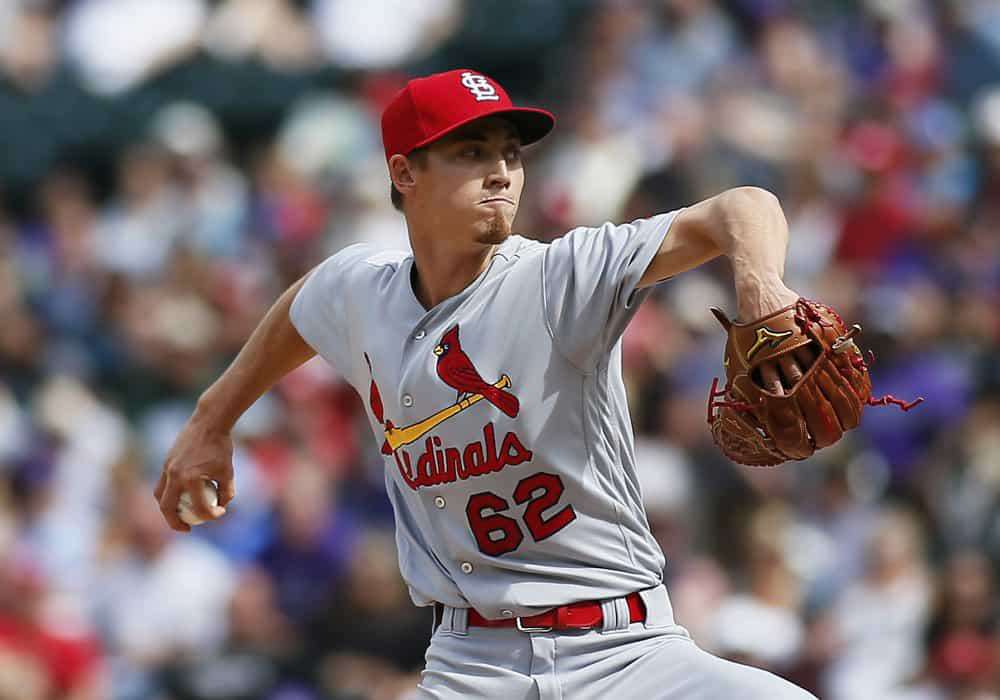 Kudos to you if you are still playing meaningful fantasy baseball games here into the last week of September! In my experience, there is a steady decline in participation once the All-Star break has your fantasy standings pretty well sorted out between contenders and pretenders. Of that group, it is those truly fanatic fantasy baseball players and/or lucky playoff participants who are paying attention this deep into the major league season. Best of luck to all of you this last week!

Since this is the last full week of the season, this will be the final two-start pitcher write-up I do this year. It has been a blast writing this article every week, and I want to take a moment to thank all of you who took the time out to read it. I have learned quite a bit over the course of the season, and I truly hope my observations were helpful or at the very least entertaining for you to read. Thank you to Fantrax and the team for allowing me to participate in this inaugural year of their expanded fantasy content. I am looking forward to the 2018 season and hope to bring dynasty content to you sometime during the offseason. Feel free to follow me on Twitter @jsnbond for other random baseball news, stories, and observations throughout the year.

Let’s take a look at this final week’s two-start pitchers. Don’t be surprised if some of these get changed if playoff spots are clinched and starts get shuffled in order to set up playoff rotations. These are projected starts, and as such are subject to change due to rain-outs, injury, performance issues, or managerial whims. I offer only my the opinion on the matchups; there are no guarantees on the actual starts.

There are bigger names on this list than Tanner Roark, but odds are they will not make both starts this week due to playoff rotations being set. Roark has been his reliable self this season with little fanfare or accolades. He too may get one start taken from him, but since he isn’t quite the household name as the others, I like his chances to stick, especially since he would be the Nationals’ fourth or fifth starter in the playoffs. Over the last five starts, he has thrown 32 innings, struck out 39, and walked only three. His ERA over those five starts sits at 3.38 with a 0.94 WHIP. I like his chances to finish strong against the Phillies and Pirates and anchor a rotation this week. I don’t want to skip over Luke Weaver and his season thus far, but as a Cardinal fan, I also don’t want to jinx it! He has eight starts on the year and is sporting a very nifty 2.05 ERA with a 1.03 WHIP. His 65:12 K:BB ratio in 52.2 innings makes him a definite two-start target this week as the Cardinals attempt to do all they can to try and earn a playoff spot. The 24-year-old righty needs to be owned going forward in dynasty leagues, as he looks to solidify a spot in the rotation for 2018 with his late-season performance.

Better Probability to Make Both Starts…

Like Roark above, Brad Peacock‘s similar anonymity and spot in the Houston rotation works in his favor for making two starts this week. He has somewhat quietly compiled a 12-2 record on the year for the AL West-winning Astros with very little attention. In his last three, tarts he has a superb 2.55 ERA, .792 WHIP, and 18:5 K:BB ratio. To top all that off, he is an even better pitcher on the road this year (2.83 road ERA vs. 3.16 home ERA), and both projected starts this week have him in the visitor’s dugout. I was very tempted to bump him to the top tier.

Well-Known Names, But Not a Lock for Two…

In what was supposed to be a breakout year for Carlos Martinez, it has turned into a struggle for consistency. The Cardinals will need him to perform at his very best in his last two games, but his last three starts do not paint a very good picture. In those, he has pitched to a 6.62 ERA and 1.42 WHIP. There are certainly flashes of his dominant talent. After all, he has a solid 3.63 ERA and 1.21 WHIP to go along with 211 punchouts in 200.2 innings. I really wonder if he has the proper mental approach at times to be successful when his team needs him the most. If the Cardinals are still in the hunt after this weekend, they will need the All-Star version of Martinez to come through.

Most of the time, I like this category to pull a rabbit out of the hat. At this point in the season, and with the names on this list, it is hard to justify using anyone here in a playoff final scenario. Carson Fulmer is young and has a bright future. He draws two possibly tough playoff-caliber opponents, though, and he left his last start on Thursday after one-third of an inning with a blister issue. Daniel Mengden has had a nice three-start run, but you really have to wonder if he can maintain a 0.82 ERA and 0.73 WHIP without overpowering stuff. I could argue that most pitchers in this tier are usable in almost any other week, but I would really need to be desperate to use them this now. The best-case scenario would be a plug-in for an injured starter or someone being replaced in a rotation at the end of the season. If you find yourself in that situation here in the last week, this would be your “Hail Mary” tier.

You have to wonder if this will be the last we see of Bartolo Colon and R.A. Dickey. Colon has said he made a promise to his mother to pitch until he is 45, which would come at the end of May next year. Don’t be surprised to see him in a uniform somewhere next spring, attempting to earn a spot a fulfill that promise even with this season’s bloated 6.63 ERA and 1.62 WHIP. With the Twins clinging to the last Wild Card spot, you really have to wonder if they will keep trotting him out there. Dickey has stated it has crossed his mind recently, and at age 43 to start next season, why wouldn’t it? Even if he has proven to be slightly more useful in spots with a 4.32 ERA and 1.39 WHIP. Both of these guys have seen their fantasy usefulness wane the last few seasons, but as fans of the game of baseball, we should applaud their dedication to their trade and their ability to defy the odds in their battle against Father Time. With that, I tip my cap to both of these veteran hurlers and bid adieu to the 2017 season.