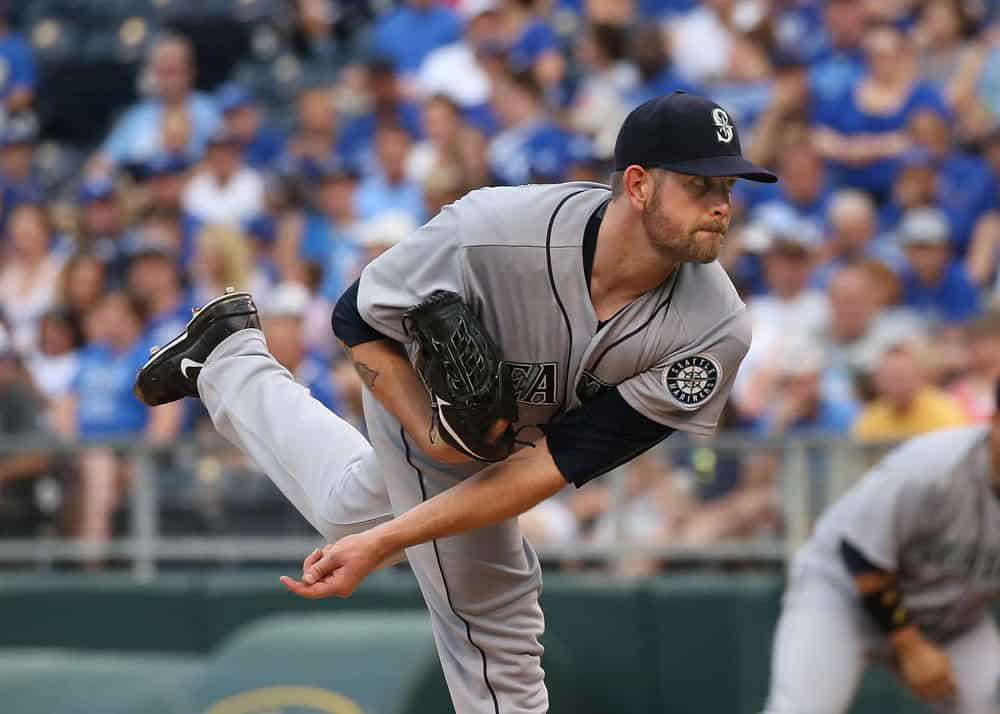 Despite the oppressive heat sweeping across most part of the country, the boys of summer keep running out and during their jobs! Speaking of heating up, the trade deadline is quickly approaching, and starting pitching is always a top priority for teams in contention. We have already seen a trade of Jose Quintana to the Cubs, and rumors are swirling around several of this week’s two-start pitchers, most notably Sonny Gray, Justin Verlander, Dan Straily, and Lance Lynn. Keep an eye on the trade front, as there may be several moving pieces and as potential trades take shape and become reality.

There are still a good number of two-start pitchers to choose from this week barring trade. There are some really good opportunities for otherwise middling pitchers to prove themselves in great matchups against two lesser teams. After a brisk 16-hour drive from Missouri down to Florida, where I’ll spend this week relaxing on the beach, I submit to you the two-start pitchers for week 16.

These projected starts are subject to change due to rain outs, injury, performance issues, or managerial whims. I only offer my the opinion on the matchups; there are no guarantees on the actual starts.

Been A Long Time Since Six Were In The Top Tier…

Plenty of people are writing about Sonny Gray and the trade interest he is drawing  from just about any and every team looking for a controllable starter with upside. Deservedly so, after he posted a very solid ending to the second half. Besides some of the other obvious matchup choices against lesser teams, Gerrit Cole is in a great situation to have a big week against the weak-hitting Giants and Padres lineups. In his last two starts since the All-Star break, Cole has done well, pitching 13 innings and giving up only three earned runs, with 14 strikeouts and zero walks. Look for him to have one of the easiest paths to two-start success this week.

Brad Peacock is not a name fantasy owners are familiar with as a premium target. While there is nothing to suggest the current streak is sustainable, you still need to be capitalizing while he is hot. In his last five games, Peacock has gone 5-0 with a 1.81 ERA and 35 strikeouts in 29.2 innings pitched. Playing for arguably the best American League team this year only helps boost his stock. It also doesn’t hurt to face two offenses that aren’t exactly setting the world on fire in the Phillies and Tigers.

Tier Three Is More About Steady and Reliable Options…

[the_ad id=”384″]Quite a bit of the Milwaukee Brewers’ success this year is based on the fact that their young players came in and contributed ahead of schedule. Zach Davies, all 154 pounds of the 24-year-old righty, is one such player. Even with his slight physique, he has shown the ability to come in and pitch like a big-time starter. Given time and development, he should continue to do just that. He is 4-0 in his last five starts and 11-4 overall. He’s not missing many bats, but he owns a 3.16 ERA over those five outings.

Meh, There Just Isn’t the Amount of Upside With Any of These…

In the past, these last two tiers offered up at least the possibility to sneak a good performance or two out of them. This week the tier is pretty thin on talent. Top prospect talents like Rodon and Cotton’s best days are ahead of them, but neither has pitched well enough lately to be worth the risk this late in the season. Early-season surprise rookies Senzatela and Montgomery have struggled to maintain that early success, while others here just haven’t been consistent enough to target.

Anyone Here Should be a Hard Pass This Week…

I hate that there has to be an end to Bartolo Colon’s career, but time always wins. Bart, keep fighting the good fight and ride it out as long as you can. You are a joy to watch and the enthusiasm and energy you bring to every game you compete in will be missed. Even in the deepest of leagues, there is not a pitcher on this list that you can feel good about based on performance, matchup, or both. I want to see some proof that the pitchers in this tier can produce.