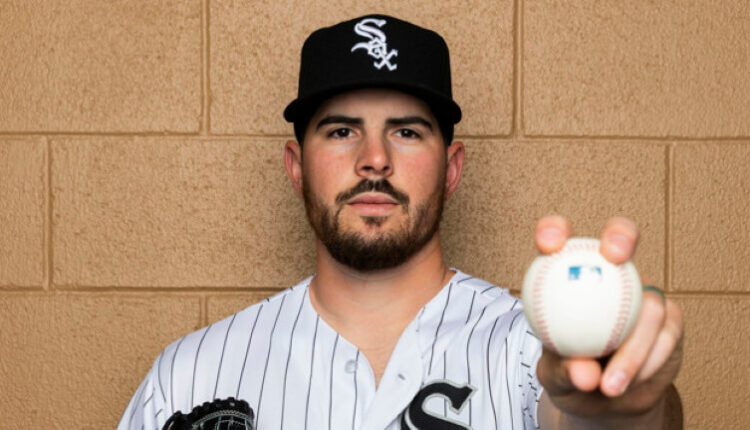 As we begin the sixth week of the baseball season, every owner is still looking for that edge to maximize each player on their roster.  We have had our share of surprises already, both pleasant and unpleasant, and we see that often in starting pitching. This week we see fewer must starts and see many guys riddled with question marks.  Let the head-scratching begin!

These are guys I start no matter what this week. Set it and forget it.

Zach Greinke @ NYY, vs. Toronto: the Old Reliable. Set it and forget it.

Carlos Rodon @ Cincinnati, @ KC: the Sox have not formally put it out there yet, but it appears that the resurgent Rodon will get two starts next week.  Must start in all formats at this point.

Joe Musgrove vs. Pittsburgh, @ San Francisco:  Looks like he is jumping in for the injured Chris Paddack. If so a must start.

Shohei Ohtani vs. Tampa Bay, vs. Los Angeles Dodgers: might be a little controversial here.  There is no questioning the talent, and the potential for big strikeout numbers is there. Yet the reality is that he doesn’t often pitch deeply into games, and he walks a batter per inning so far in 2021.  Do you feel lucky?  The K numbers alone are worth starting him for but you may not get those sought-after wins here.

Aaron Civale @ KC, vs. Cincinnati:  Some may raise eyebrows including Civale here, but he is 4-0 with a 2.94 ERA and may be breaking out in a big way this year, and I like these matchups for him.

Walker Buehler @ Chicago Cubs, @ Los Angeles Angels: don’t even need to think about this one.

Sandy Alcantara vs. Arizona, vs. Milwaukee: I have long been a champion of his work dating back to my time at SP Streamer. I love the guy and my biggest hope is that he continues to get more strikeouts while limiting his walks. The ERA is 3.19 but his xERA is 2.40.  Yes, please.

Depending on your risk tolerance and the strength of your stomach, there are several middle-shelf options that could provide good results for you this coming week.  This is where the debate always begins, right?  Let’s take a look.

German Marquez vs. SF, @ St. Louis: the talent is there for dominance each start. The reality is he is inconsistent in his results.  I would start him this week in every league.

Steven Matz @ Oakland, @ Houston: I know, I know.  I want to believe, too. Early results have been encouraging.  Ask yourself how much you believe in the mini-breakout and compare that to the hurt you have suffered at his hands prior to this year.  What do you believe?  I don’t see anything that makes me think something significant has changed; the pitch mix is similar to his history, with a slight uptick in his slider usage and a downtick in the sinker. His ERA rose to 4 this week but xERA is kinder at 3.40. After three outings of six innings or more, he has given up nine runs total in his last two starts.  How does he adjust this week?  You tell me later.  I won’t play him.

Jacob Junis vs. Cleveland, vs, Chicago White Sox: he’s had one bad start of his four this year. But he rebounded last week with nine strikeouts (yes, against Pittsburgh) and is showing added spin on his four-seamer. What Statcast calls a cutter has been a game-changer for him and he’s throwing it almost 36% of the time.  Yet peeling back the layers shows a 4.91 xERA.  What do we make of this?  Start at your own risk.  That White Sox offense can score in bunches.

Nick Pivetta vs. Detroit, @ Baltimore: some would put him in the top shelf. I would not, as the walk percentage (16.3!) frightens me.  Jack Carter has a lower walk percentage for his Little League team :). The current ERA is an excellent 2.81, but the xERA is a mediocre 4.38. Yet he’s only given up two hits in his last two starts, and he has two favorable matchups this week.  At some point, I feel the wheels will likely come off.  Is it this week?

Huascar Ynoa @ Washington, vs. Philadelphia:  the league will figure out his slider, believe it. He’s been very good to owners so far, but the xERA is a more robust 4.59 as opposed to his actual 2.96.  I am benching him this week because I am wary of his matchups.

Domingo German vs. Houston, vs. Washington: I am not sure about him, especially with these offenses.

Kenta Maeda vs. Texas, @ Detroit:  Look I know how much we all love Maeda and many called for the breakout we witnessed last year in Minnesota. But he has been surprisingly awful in 2021, with a  1-2 record and a 6.56 ERA.  Do you feel lucky this week that with two decent matchups this week he can right the ship? I’m on the fence. He’s given up eight barrels already this year (11 all of 2020), and his slider is getting tuned to a .386 batting average.  That said, his xBA on the pitch is .267, and the whiff rate on it is still 31%.  However, he has given up six home runs in his last two starts.  The name of our game is mitigating risk in places.  How lucky do you feel?  I would probably start him here because of the matchups, not because of my faith in him at this point.

Adrian Houser @ Philadelphia, @ Miami: he’s not pitching deeply into games but has been decent. Limits damage, doesn’t give up a ton of runs but doesn’t strike out many either.

Max Fried: Unsure if/when he is coming back; could be Tuesday or Wednesday this week.  One to watch. Personally, I might ease him back into my lineup; we don’t know how much gas is in the tank as he comes off the IL this week after injuring his hamstring.

There are some intriguing options here, for sure.  I don’t have the stomach to start these guys, even though some listed here have had great success in their MLB careers.  Recent performances give us some food for thought, however, as we make decisions for the upcoming week. Let the buyer beware.

Erik Fedde vs. Atlanta, vs. NYY: Not with these matchups.

Kyle Hendricks vs. Los Angeles Dodgers, vs. Pittsburgh: what is happening to the Professor? Ten home runs this year and an uncharacteristic eight walks. A 15.6% barrel percentage. The velo is down on his marquee pitches.  Injury?  Whatever it is, he has earned it; the xERA is 7.39 and his walk percentage is a career-high 7.4  Bench him until you see better, especially against the Dodgers, who hit like a rec league softball team.

Dane Dunning @ Minnesota, vs. Seattle: I like Dunning and he’s going to be a solid number three starter one day.  But he has given up nine earned runs with only eight strikeouts in his last two starts.  Pass this week until he rights the ship.

Kyle Gibson @ Minnesota, vs. Seattle:  I am a big fan of Kyle Gibson the player and the man.  And he has been really good so far: 3-0, 2.16 ERA. He’s limiting hard hits and has struck out 27 in 33.1 innings. The issue for me is the middling strikeout rate and going against a potentially explosive Minnesota offense.  I would sit him unless you are in points leagues.

Kwang Hyun Kim vs. New York Mets, vs. Colorado: the soft-tosser usually limits damage by not giving up walks. The issue is he will not provide you with depth (only about five innings per start) and few strikeouts, although he has a surprising 16 in 13.1 innings this year. His xERA is 6.37.  Egads!  Be careful.  Know what you are getting into here.

JA Happ vs. Texas, @ Detroit: yeah, I know.  The almost no-no.  But take a longer look: you will get innings with low strikeout rates and a high possibility of volatility.  This isn’t for me unless it is a points league.

Frankie Montas vs. Toronto, vs. Tampa Bay: he tantalizes and teases me. I want to believe; I want to think that I have it figured out and he’s going to be the guy I think he can be. And then reality sets in. One day he strikes out seven in six innings and you think he is turning the corner; the next start he gives up six runs on three home runs and you have your head in your hands.  Don’t do this to yourself anymore.

Cole Irvin vs. Toronto, vs. Tampa Bay: he intrigues with three very good starts in a row. But keep in mind two of those three starts were against Baltimore and Detroit. I am not sure I want to take the risk this week against a potentially resurgent and healthy Toronto team; Springer and Hernandez are back.  This reeks of danger. I am staying away.

Justin Dunn vs. Baltimore, @ Texas: He’s developing but too much risk for me.

Mike Minor vs. Cleveland, vs. Chicago White Sox: he just doesn’t give you enough of anything to recommend for fantasy purposes.

These are the guys I would not start unless absolutely desperate, and if you are already this desperate six weeks into the season, well…just don’t do this to yourself.

Carlos Martinez vs. New York Mets, vs. Colorado:  the Cardinals are allegedly starting him twice this week.  You should not.

Dean Kremer @ Seattle, vs. Boston:  I truly believe that one day Kremer will be a solid number three starter for the Orioles.  Alas, that time is not now.

Casey Mize @ Boston, vs. Minnesota:  see above note on Kremer.

Nick Neidert vs. Arizona, vs. Milwaukee: no.

Eric Lauer @ Philadelphia, @ Miami:  Some analysts really like him…

Cal Quantrill @ KC, vs. Cincinnati: meh. No thanks. Not yet.

Aaron Sanchez @ Colorado, vs. San Diego: yes, he’s been decent so far.  But at Colorado and against San Diego?  Pass.  Nothing to see here.

Chris Paddack would have had two starts but hit the IL with an undisclosed issue Friday afternoon. Adam Wainwright was scheduled for two as well but he landed on the dreaded Covid-19 IL five days ago.  He may rejoin the team on Monday and be able to make his starts, or he may be pushed back.  The famous “TBD” is the starter for Tuesday’s game against the New York Mets.  Check this one later in the weekend.