Two-Start Pitchers for the Week of September 23: Last Ride 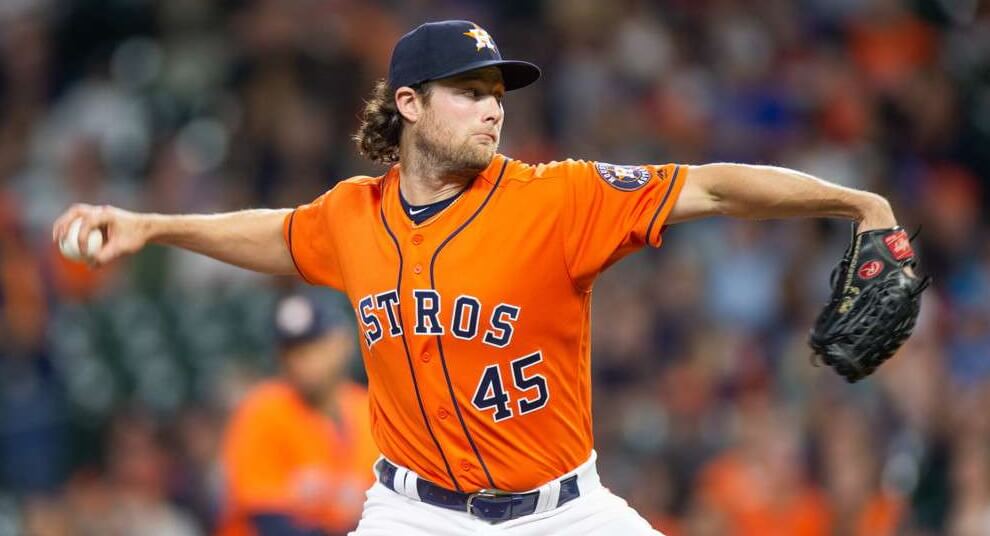 We have finally arrived, this is the final two start piece of the season. Many head-to-head leagues may be finishing on this upcoming Sunday but for many others, this is the final week where hitting on your two-start pitchers can help you win it all or at least make it into the money.

As always I will be providing commentary on all projected two-start pitchers but the important thing to note is many of these guys will not end up making both starts. Their teams may no longer have anything to play for and as a result, they could have their starts skipped or their innings limited. Make sure you consider this when you look to set your lineups.

No Doubt – These are the guys who you do not even need to think about placing in your lineup regardless of matchup. This will typically be the smallest tier and I won’t provide much commentary on them.

Two-Start Pitchers for the Week of September 23

This tier mostly contains pitchers on teams still in playoff contention, as a result, they likely will not see their starts skipped. However, these guys may be needed in their respective playoff matchups and as a result, their innings may be cut down so they could be used in their first-round matchups.

Cole is one of the favorites for the Cy Young and as a result no matter the matchups or possible risks, he should be an automatic start. He has been one of the best pitchers in all of baseball.

While Nola has not been what many of his owners hoped for, he has still been a top fantasy arm. The Nationals matchup is a rough one but the Marlins are a cake matchup that should be exploited.

Corbin was a high money signing that has been worth almost every penny for the Nationals. If they can make it out of the Wild Card round he should lineup for game 2 or 3. The lefty gets two home starts against a solid Phillies offense and an unspectacular Indians one. Both teams are still fighting for a spot in the playoffs so this could be a tougher week than it seems.

Scherzer is in a similar boat to Corbin matchup wise, but due to his injuries, he is a greater risk to have his starts cut down. There is no way you are not keeping Scherzer in your lineup but make sure to temper expectations.

E-Rod has been excellent to finish the season a bright spot that in what has been a lost season for the Red Sox. The left-hander has two elite matchups this week and could be in line for two wins.

Syndergaard and the Mets are still making one final late push to the playoffs and he gets to pair the Marlins with a tough paper matchup with the Braves. However, the Braves will likely have everything all clinched and that game may not matter for them. As a result, this is a great week for Syndergaard.

Odorizzi has not been as dominant as he was to begin the season but he is still one of the best pitchers on a playoff-bound team. He has two of the best matchups possible and is an easy automatic start this week.

The Cubs need to win this week and the matchup with the Pirates for Lester should make for an easy win. The matchup with the Cardinals could be the difference between the Wild Card and the Division win. Lester is a big game pitcher and I believe in his ability to pull out two solid starts this week ahead.

Civale has been a great find for the Indians and while nothing he does particularly stands out but the results have been fantastic. This week he gets a strikeout prone White Sox lineup making this a great week of matchups already. The Nationals lineup could ruin this but with them likely having a Wild Card spot locked up I am expecting a weaker lineup.

For similar reasons to why I loved Syndergaard above, I love Stroman as well. Stroman however, has not been nearly as good in 2019 as Syndergaard so as a result, I can only consider him a should start as opposed to a no doubt option this week.

Smith has had a breakout campaign that has re-enforced the skills he shows in 2018 before his injury. The left-hander has big strikeout upside even when we consider the rougher matchups he has on tap. Alcantara has not been as great and the team had hoped when they traded Ozuna for him but the young righty has shown some signs of growth. The results have not followed but I am anticipating a big last week to build off of for the 2020 season.

The only reason Snell is here as opposed to the tier above is that as he returns for injury the Rays will likely be limiting his innings. They will need him fully healthy if they make the playoffs. If you have him feel comfortable starting him but his win chances may be lessened.

Stripling was a popular sleeper as he was expected to get a near-full complement of starts for the Dodgers this season as the sixth option of the injury-prone rotation. Stripling himself was one who got hurt and despite the good numbers he was not able to take advantage. This week is an elite set of matchups and he should be in your lineups this week.

Shark has had a great 2019 and has paid dividends for his owners but with the playoffs on the line, I cannot justify starting him. The right-hander gets a tough Dodgers lineup and a weak Rockies one. There are worse options but he’s not a guy I want to take a chance on.

Wainwright has been a solid back end of the rotation arm for the Cardinals and will likely get some meaningful playoff innings but there is no way I am adding him to my lineup for this important of a week.

Young has ridden a dangerous balancing act combining low Ks with insane amounts of walks but the results have been better the underlying stats would suggest. I do not want to risk this week being the one where it all blows up.

Eflin has been a decidedly average pitcher for the Phillies and with a tough first matchup against the Nationals to begin the week I will be avoiding him for better single start options. The high risk of the first start does not make the upside of the Marlins’ one worth it.

Houser has been a great find for the Brewers but the issue is he has two miserable matchups. A road trip to Cincy and Colorado is a brutal week and one that could be the reason you lose your matchup.

Anderson has two pretty good matchups for a team making a push for a Wild Card start but his low K upside and limited skill set make him an unattractive option. For teams looking to pick up wins he may not be the worst streamer but he should not be counted on for much else.

Allard has had a mini career resurgence in 2019 with the Rangers, but this is an absolutely awful set of matchups for this week ahead. Two home starts against two of the best lineups in all of baseball makes this an easy bench.

As I’ve stated multiple times, Turnbull has shown extremely positively for the Tigers and could be a mid rotation starter and solid fantasy options for years to come. Despite the nice matchup with the White Sox I will be avoiding Turnbull as the win chances are low.

NO: Just say no to these two-start pitchers