Two-Start Pitchers for the Last Week of the Season 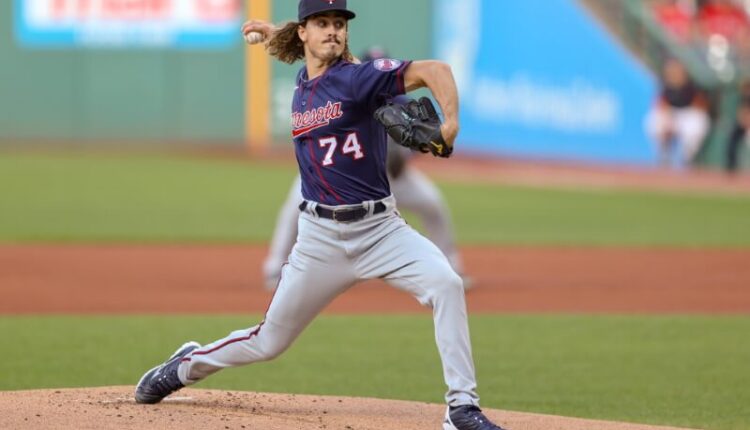 The season has come down to this final week for many of us.  While many championships were decided last week, some leagues are still going this week.  And for those of you still playing and looking for a potential edge this week, let’s take a look at some two-start options that might be able to help you finish this thing off and win that elusive championship.

I wanted to say thanks to all of you who have read any of my pieces this year at Fantrax, and wanted to thank Eric Cross and Doug Anderson for giving me this chance and being extremely patient as this old dog learned new tricks.  I really enjoyed it even as I made glaring mistakes, and tried to get better every week. Thanks!

There are not too many foolproof choices this week, but let’s take a look and see who could get you that title this week.

Chris Sale @ Baltimore, @ Washington: I know he may not be back at full strength, but he’s 5-0 with a 2.57 ERA and 39 punchouts in 35 innings. With Boston fighting for their playoff lives, starting Sale here is a no-brainer, especially with two delicious opponents this week. Use with confidence.

Walker Buehler vs. San Diego, vs. Milwaukee: Buehler has become one of the best pitchers in the game. He’s 14-4 with 2.58 ERA and will join the 200 strikeout club this week (he is at 196 as of this writing). While I am starting him where I have him, keep in mind it has been a rough September: 16 earned runs in 19.1 innings, good for a 7.32 ERA. Egads!  These are tough matchups, but both offenses have been struggling of late, and he is Walker Buehler. Track record shows us that he will bounce back. Use your horses when you get this far into the game.

Zack Wheeler @ Atlanta, @ Miami: What a terrific year Wheeler has given his believers this year. He’s 14-9 with a 2.79 ERA and a whopping 240 Ks. Finish strong this week using Wheeler. I will be interested to see where he gets drafted next year. Stay tuned.

Logan Webb vs. Arizona, vs. San Diego: Webb has been an incredible find for the Giants this year but has been mediocre in September, with a 2-0 record and 4.35 ERA after posting two terrific month in July and August. Is he tiring?  Hard to say, but he has surrendered surrendered two home runs in two of his last three starts. Watch your expectations but I would definitely use him this week.

Hyun Jin Ryu vs. New York Yankees, vs. Baltimore: He’s given up 12 runs in his last two starts covering a total of four innings. I am really on the fence on this one, knowing that Ryu historically gives you worry-free innings, but looking at his last two starts really gives me pause. That said, similar to what I said about Buehler above, the track record is excellent. To me this depends on what else you have on your roster. But also know that both the Yankees and Orioles have struggled with the bats recently. Buyer beware, but I probably go with him.

The middle shelf offers some intriguing names and potential upside for two-start weeks.

Trevor Rogers @ New York Mets, vs. Philadelphia: Rogers was awesome in the beginning of the year, carrying many fantasy squads in the process. The young lefty came back after a month of injury and has performed well for the Marlins: an ERA 0f 4.00, no wins, but 22 strikeouts in 18.1 innings. One thing to consider is that with the recent injury history and the Marlins playing for nothing, innings will likely be limited. Do not expect a deep run into either game; his longest outing since the first week of July has been 5.1 innings. Buyer beware.

Joe Ryan vs. Detroit, @ Kansas City: Ryan has helped many of our fake teams in recent weeks, buoying our playoff hopes along the way. Acquired in the Nelson Cruz trade, Ryan looks like he has put himself firmly on the radar for a rotation spot in Minnesota next year; he’s 2-1 with a 2.45 ERA and 25 punchouts in 22 innings.  These are great matchups for him this week as well.  These are the kinds of guys you ride with at the end of the season to get you those last stats to win your leagues. UPDATE: Ryan is on the bereavement list but manager Rocco Baldelli expects him back by the end of the weekend.  Keep an eye on this, because his return could impact his starts this coming week.

Marcus Stroman vs. Miami, @ Atlanta: I continue to feel as if Stroman is one of the most underrated pitchers both in MLB and our fake game. His stats: 9-13, 3.00 ERA, 1.14 WHIP, and 154 strikeouts in 174 innings. Granted the K rate does not jump out at you, but this is a guy that is going to give you quality innings as the glue of your rotation. Gives you five innings every time of mostly worry-free outings. There is something to be said for the consistent if not sexy pick of Stroman. I would use him if I had him this week.

Corey Kluber @ Toronto, vs. Tampa Bay: I am not sure if there is a pitcher I pinned more hope on this year (silly I know) than Kluber. I thought he could be my number four starter and privately hoped for a number three performance. That didn’t happen. And it’s not that he has been bad; he’s been injured, and high pitch counts and ineffectiveness have led to shorter outings. That said the Yankees are in the thick of it and really need him to step up this week. He will get every opportunity to do so. Keep in mind though that his longest outing has been six innings since his return, and he has pitched four innings or less in five of his last six starts. Use with caution based on your needs and context.

Ian Anderson vs. Philadelphia, vs, New York Mets: It feels like many fantasy players want Anderson to be more than what he is; I kept him in a home league hoping he would take the next step. Has that happened?  Not really; he’s 8-5 with a 3.60 ERA and averaging a strikeout per inning. He’s been getting more strikeouts in September: nine, seven, and then eight in his last three starts. And his most recent start helped catapult my team into the lead this week. The one thing you always need to watch with Anderson is being prone to the home run.  That said, I will continue to start him as what he is for me: a mid-rotation arm that generally gives me goodness.

Wade Miley vs. Pittsburgh, @ Pittsburgh: Weren’t we all kind of waiting for this bubble to burst this year? Give Miley credit. He existed all year limiting hard contact and keeping the walk rate low. However at some point in life, and in baseball, what you really are catches up to you. There is no escaping it, really. The bloated Carteresque 8.35 ERA in September leaves much to be desired. That said, he gets Pittsburgh twice. Tempting to start him and I can see you doing that based on your context and needs. I would not use him, though.

German Marquez vs. Washington, @ Arizona: See Miley note above.  At some point you stop being a prospect and you just are what you are. I like Marquez in some spots but his inconsistency will give you fits. Marquez is far better at home (8-2, 3.49 ERA, 94 Ks) than on the road (4-8, 5.38 ERA, 78 Ks). If you can split him in your lineup this week and use him at home against Washington, and bench him in Arizona, he could pay off for you. But wait…Arizona…hm…intrigued?  Maybe but I am not going to get burned by playing with this fire with a title on the line.

Dillon Peters @ Cincinnati, vs. Cincinnati: Peters is not pitching deep into games but has been quietly effective since moving into a starting role in Pittsburgh. He has made six starts, granted a small sample size, but has given up three runs or less in five of those starts. He’s not going to get a ton of strikeouts but is pesky with runners on. Could be an interesting guy if you can pair him with other options, like a bulk reliever or two.

Miles Mikolas vs. Milwaukee, vs. Chicago Cubs: I may be one of the few, but I like Mikolas this week. He is pitching for the hottest team in baseball right now, and he’s been eating some innings for them. He is not going to get you whiffs, so know that going in. But he limits walks and home runs and could provide you some ratio help if he’s on this week. Not a bad option in my mind if you need the starts.

Drew Rasmussen @ Houston, @ New York Yankees: Ho hum. Another season, another guy taken off the scrap heap and turned into something good by the Tampa Bay Rays. It’s remarkable how they do this every single year. He’s 3-1 with a 3.04 ERA and averaging a strikeout per inning. Keep in mind he will likely never go more than five innings but is a very suable guy despite what could be two touch matchups this week.

Risk resides here in the lower shelf of two-start options this week.

Chris Bassitt @ Seattle, @ Houston: This rating is more about the length he cannot give you this week. But how much do you admire this guy and what he has been through this year?  Remarkable that he has been able to return, but he is only going to go three or four innings max right now.  Can you use that?  Then start him. But if you are expecting the Bassitt of May 2021, you are not going to get that. Limit your expectations of him, similar to how my wife views marriage to me, and you will not be disappointed.

Keegan Akin vs. Boston, @ Toronto: Akin has shown some signs of becoming a usable pitcher. Next year. Do not use him here.

Brady Singer @ Cleveland, vs. Minnesota: Oh how I wanted him to take that next step this year, but I was a year early. But here’s the thing: he’s been solid and effective in three of his last four starts. Other than a six-run stinker in the middle, he’s given up two runs or less in three of the last four starts, and struck out five, seven, and seven hitters in the process. That being said he is still surrendering too many long balls, and for that reason, I will likely relegate him to my bench and try again next year. But I can see a valid argument for using him here depending on your league context and needs this week.

Josiah Gray @ Colorado, vs. Boston: This guy is going to be something, but we have been premature jumping on this bandwagon just yet. That said he did strike out eight Marlins in six strong innings in his last start. I don’t think I would risk using him here.

Tyler Alexander @ Minnesota, @ Chicago White Sox: Doesn’t go deep enough to help you and will be working with a piggyback reliever. Pass.