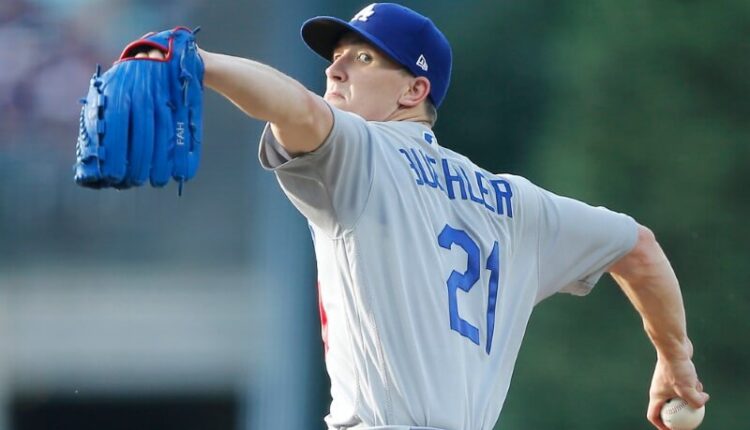 Here are the two-start pitchers for Week 8 (5/23-5/29) in fantasy baseball. Keep in mind that teams are constantly changing their pitching rotations throughout the week so make sure to double-check the probable starting pitchers grid here at Fangraphs before you make any transactions. This article was mostly produced on Saturday (5 /21) before the week starts. Let’s take a look at the two-start pitchers for Week 8!

After a rocky start to the season, Max Fried has five quality starts in his last six outings. The 28-year-old lefty has a 3.31 ERA, 2.91 SIERA, 1.04 WHIP, and a career-high 20.7 K-BB% across 49 innings. The biggest change in his arsenal is that he decreased his four-seam fastball usage from 39% to 31.8% and he is now throwing his changeup more, 2.2% to 11.8%.  Fried continues to demonstrate plus command. This week he will take on the Philadelphia Phillies who are good against lefties and the Marlins who are one of the worst teams against southpaws.

Over the month of May, Nick Pivetta has a 1.71 ERA and a 0.65 WHIP, with 25 strikeouts in 26.1 innings. Simply put, he has been incredible after a brutal start to the season. On the season, Pivetta has a 3.77 SIERA and has a career-low 8.0 BB%. However, he is consistently allowing hard contact and that is a recipe for disaster against the beastly lineups and small ballparks of the AL East. For that reason, I am not overly optimistic about him for the rest of the season. Although he does nasty stuff. For next week, he should be good to go as he takes on an underachieving Chicago White Sox lineup and the Baltimore Orioles.

The 34-year-old veteran Kyle Gibson has a 3.49 xERA, 3.72 SIERA, with 37 strikeouts over 43 innings. However, he has struggled over his last three outings. In the month of May, Gibson has given up 22 hits and 10 earned runs in just 15 1/3 innings. With the Phillies’ defense being so bad, it will be hard for Gibson to pitch to contact and see any type of prolonged success.  Gibson will go on the road for both games as he takes on the defending champion Atlanta Braves and the New York Mets. Probably best to leave him on your bench. However, I cannot deny he has a good chance to eat up some innings.

If you own Chad Kuhl this is probably the best week on paper for you to play him. Kuhl and the Rockies hit the road to take on the Pittsburgh Pirates and the Washington Nationals. Kuhl holds a 3.51 xERA over 37.1 innings. He is doing a good job limiting hard contact but he only has a 19.4 K%. He will be out of Coors and facing two of the worst offenses in baseball. If he doesn’t come through this week it’s okay to move on in 10 and 12-team leagues.