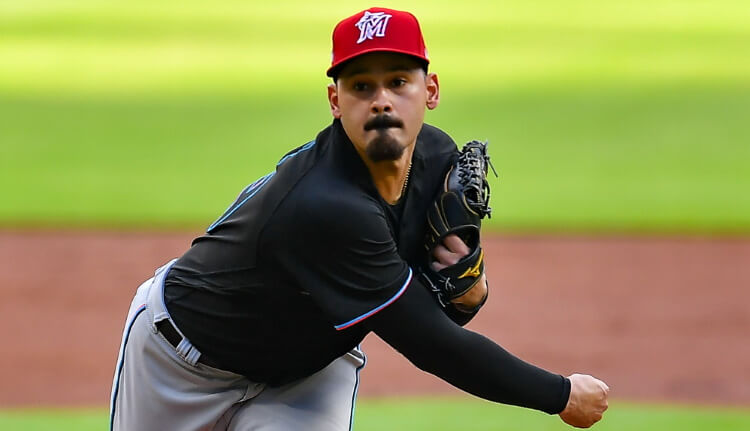 Here are the two-start pitchers for Week 5 (5/2-5/8) in fantasy baseball. We are just about a month into the season so this is a good time to start evaluating your team’s strengths and weaknesses. If you are lacking in wins and strikeouts then you may want to stream the best available two-start pitchers in your league. This week there are many “questionable” starters that you could roll the dice on.  But you’ve got to ask yourself one question. Do I feel lucky? Well, do you, punk?

As a reminder, this article was mostly produced on Saturday (4/30) before the week starts so make sure to double-check teams’ rotations before you make any moves.  Let’s take a look at the two-start pitchers for Week 5!

Questionable: Only start these pitchers if you are in a very deep league, desperate for counting stats, or feeling lucky.

Zac Gallen has bounced back beautifully from his latest round of injuries to start the 2022 season. The Diamondbacks’ ace has pitched 15 innings with a 0.60 ERA, 0.67 WHIP, 14 strikeouts, and a career-low 7.1 walk percentage. Gallen has complemented his career-high 56.9% fastball usage with a steady balance of changeups, curveballs, and cutters. Right now hitters have a .176 xBA against him which is in the 92nd percentile in baseball. Over his last two outings, Gallen has silenced the Dodgers and Mets. This week he faces the Marlins and the Rockies at home.

Pablo Lopez is off to an extraordinary start this year in Miami. Over 23.1 innings, Lopez has an absurd 0.30 ERA. Lopez is 3-0 and hasn’t given up a run since his first start of the season. He is walking batters at a career-low rate and hitters have only a .190 wOBA against him. Regressing is coming. So far he has stranded 94.1% of runners but he still has a 2.22 xERA. The biggest question is, can he stay healthy over a full season? The 26-year-old Lopez has never pitched over 112 innings in a season.

Joe Ryan currently holds a 1.17 ERA, 0.70 WHIP, and a 30.1 strikeout percentage over 23 innings this season. Ryan’s four-seam fastball is his most popular pitch and so far batters are only hitting .103 against it. His slider is also keeping hitters off-balance to a .185 BA against. Although Ryan has mostly faced struggling offensive teams in the Tigers, Red Sox, and the Royals. He faces two more bad teams this week, the Orioles and the Athletics.

Trevor Rogers has struggled so far this season to a 5.09 ERA but it appears he has been a bit unlucky. Rogers has stranded a career-low 52 percent of runners and his expected numbers all expect positive regression is coming, 3.13 xERA, 3.04 FIP, 4.07 xFIP. Earlier this week, Rogers limited the Nationals to one run and two hits over six innings. He continues to limit hard contact but his 18.4 strikeout percentage is underwhelming. Owners need to stay patient but I can understand the frustration as Rogers was being drafted ahead of Justin Verlander, Alek Manoah, and Shane McClanahan coming into the 2022 season.

For 2022, Jordan Montgomery currently holds a career-low strikeout percentage and is walking hitters more often than he did last year. Even with that, Montgomery has a 2.70 ERA with a 3.04 xERA. The most interesting thing about Montgomery is his approach to hitters. He is one of the only pitchers in baseball that basically throws four different pitches close to an equal amount of time. Although I like what I have seen so far, I am still a bit skeptical. Montgomery has faced the Tigers, Orioles, and Red Sox this year and all are in the bottom six in team OPS. His start in Toronto against the Blue Jays scares me.