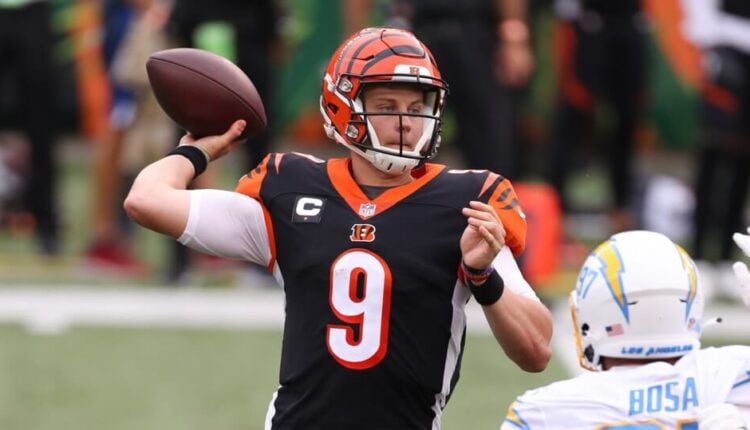 Before I get into the Week 12 NFL player props that I have already played, I wanted to mention a couple that I have my eye on as well. Rachaad White should be a popular pick in DFS circles this week with Leonard Fournette unlikely to play. White seemed to take over the work in Tampa’s last game, and he could continue that momentum versus Cleveland on Sunday. The Browns have allowed 5.19 yards per carry to opposing running backs this season. Michael Carter receiving props are in play with the New York Jets naming Mike White their starting quarterback for Week 12. White was all too happy to check down in limited reps last year. Once the sportsbooks release props for those two players, I will likely have some exposure. Follow me on Twitter, as I will update my plays throughout the weekend based on the offerings available.

Now that those are out of the way, here are a few additional player props that I also like quite a bit this week. As always, please tail responsibly and seek out the best price possible.

I believe this number and line are where they are based on Joe Burrow’s year-to-date averages. So far in 2022, Burrow has averaged 37.2 pass attempts and has gone over this number in four of 10 contests. However, I believe the books are failing to take a few things into account. First, the Bengals will be missing Joe Mixon this week due to a concussion. Burrow has started and finished three games in his career without Mixon. In each of those games, Burrow attempted at least 37 passes. Samaje Perine will likely fill in for Mixon, but I do not expect the team to treat Perine like an every-down back. Perine has not had more than 13 carries in a game since his rookie campaign in 2017. Then there is the matchup itself.

The Tennessee Titans are the ultimate NFL pass funnel. Opponents have attempted a league-high 404 passes against Tennessee. Conversely, teams have only run 213 times versus the Titans. That is the second-lowest number in the NFL. No team has a larger discrepancy between the number of passes and rushes attempted against them, and with good reason. Tennessee’s defense leads the NFL in both EPA (expected points added) per rushing attempt as well as rush success percentage. Cincinnati would have a hard enough time moving the ball on the ground with a healthy Mixon in this matchup. With Perine carrying the load, I think it is more likely that the Bengals eschew the run altogether than test their luck with Perine against Tennessee’s stout front.

The Bengals have proven that they are more than willing to alter their offensive game plan based on the opponent. That is especially true if that means airing it out more. We need to look no further than last year’s playoff win in Tennessee for proof of this philosophy. Cincinnati had 48 dropbacks versus 18 called running plays in that game. Keep in mind that this was a game the Bengals never trailed in, and one in which they had Mixon. Cincinnati has continued to utilize an opponent-specific approach this season. The Bengals have had a pass rate over expected of at least 5 percent in six of their last eight games.

One area where Perine does excel is in pass protection. He is an elite pass-blocker, whereas Mixon is one of the league’s worst in that department. That will be important because the Titans sacked Burrow nine times in their playoff game a year ago. I would expect the Bengals to design some quick throws to help Burrow avoid being targeted by Tennessee’s pressure. Oh, and did I mention that Ja’Marr Chase may be back on Sunday? Even if he is limited, his presence will provide a boost for the Bengals’ passing attack. All things considered, I believe the Bengals will be more than content to let Burrow decide the team’s fate on Sunday. That means Burrow could go well north of 40 pass attempts in this game, making this one of my favorite Week 12 player props.

OK, I know I listed three different props here, and I do not like overexposing myself to one particular player. But I love me some Jeff Wilson this week so I wanted to provide some options for you. Wilson has only needed two games as a Dolphin to prove that he is a big part of their offense. He has 170 rushing yards and 45 receiving yards and seems to have an edge over former and current teammate Raheem Mostert. Unfortunately for Mostert, his injury issues seem to have cropped up once again. The Dolphins list Mostert as doubtful for Sunday’s game against the Houston Texans. That means should have a prominent role in what is arguably the best matchup in the NFL for running backs.

The Texans have allowed an NFL-high 1536 rushing yards to opposing running backs on the season. Enemy backs have averaged 5.3 yards per carry against Houston this year, the second-highest mark in the league. And backs who have carried the load versus the Texans have had tremendous success. Houston has allowed five different running backs to rush for at least 125 yards against them, including four times giving up at least 150 yards to a single back. So if you wanted to just attack the rushing prop for Wilson based on those figures, I wouldn’t blame you. However, I wanted to add a couple of tidbits for you to ponder over.

As I mentioned, five lead backs have failed to crack 125 rushing yards against Houston. However, it is not as if any of the five struggled to produce against the Texans. Four of the five had a long run of more than 17.5 yards, with the lone exception being Javonte Williams, who had a long of exactly 17 in Week 2. And three of the five were able to eclipse the century mark in scrimmage yards. The other back besides Williams who did not have at least 100 total yards was Miles Sanders. Sanders had 93 yards on 17 carries but was not targeted in the passing game. All in all, six lead backs have eclipsed 80 rushing yards, eight have gone over 100 scrimmage yards, and seven have had a long run of at least 18 yards.

The Dolphins are 14-point favorites in this game, so the game script also suggests that Miami will keep the ball on the ground in the latter stages. In eight of its 10 games, Miami has given its lead back at least half of its total team carries. With Mostert unlikely to suit up, that means Wilson should have a heavy workload. No matter how you slice it, this is a pristine matchup for Wilson. If I had to pick just one Week 12 player prop for Jeff Wilson, it would probably be his total yards. However, I believe all three of the props I listed above are in play this week. Several books have yet to post Wilson props, so make sure to shop for the best price available.

Geno Smith has been one of the breakout players of the 2022 NFL season. He enters Week 12 among the league leaders in nearly every statistical category. That includes a league-high 72.8 completion percentage. Among the areas that Smith has enjoyed success is his ability to avoid turnovers. He has thrown just four interceptions on 316 pass attempts this season. Out of 18 signal-callers who have thrown at least 300 passes, only Tom Brady (2) has thrown fewer interceptions this year. I do not expect that trend to change against the Las Vegas Raiders this week. And I think the books are giving us a nice price on this prop considering how both Smith and the Raiders have performed to this point in the season.

Las Vegas has picked off just three passes this year. That is the third-lowest number in the NFL. They have also had a really difficult time generating pressure against quarterbacks. The Raiders have an NFL-low 13 sacks on over 350 dropbacks this year. Smith has excelled in all areas this season, but having a relatively clean pocket on Sunday should only increase his efficiency. Only one of Smith’s interceptions has come at home, and that was under extenuating circumstances. Down four points and facing a 4th-and-18 late in Week 3, Smith forced a ball downfield that was intercepted. Seattle is coming off a bye week and they are also favored in this matchup. If things go according to plan, Smith will have another effective game, and should avoid throwing an interception on Sunday.

Fantrax was one of the fastest-growing fantasy sites over the last few years, and we’re not stopping now. We are the most customizable, easy-to-use, and feature-rich platform in the industry, offering the greatest fantasy experience for your dynasty, keeper, redraft, and best ball leagues. Fantasy sports doesn’t sleep, and neither does Fantrax, with seasons running 365 days a year. Take your fantasy leagues to the next level now at Fantrax.com!
NFL PLayer Props
Share