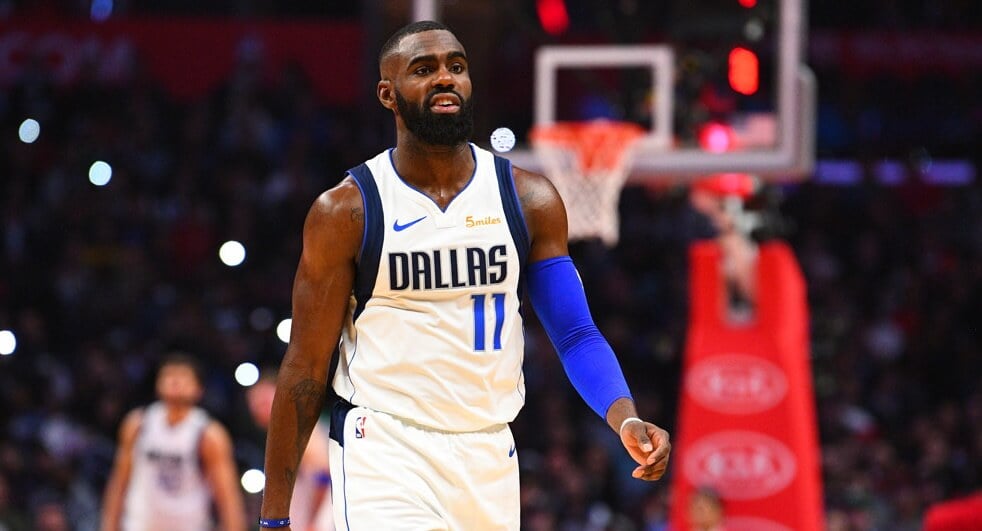 I will look at a group of players that are likely on a roster in most 12-team leagues. There is a strong chance they began the season on the waiver wire. Either that or they have at least spent time there during the first six weeks. Are they Trash or Treasure and more importantly, should you be keeping them on as a part of your squad moving forward?

Hardaway has been on a tear of late, carving out a nice role for himself. Since being inserted into the starting lineup five games ago, he is averaging 20.2 points, 4.0 3pts, and 1.6 steals. There was very little fanfare around Hardaway coming into the season. He was coming off a couple of unflattering seasons and was expected to struggle to have any real value. The Mavericks have experimented with a number of starting units, including the current iteration. Hardaway appears to thrive when playing as the second or even third option. His production is likely unsustainable but I am holding for now given he seems locked in as the starter.

The Knicks are not a team I am targeting in general right now. The rotations are quite simply the hardest to predict in terms of minutes distribution. Ntilikina has started the last 14 games but his playing time has fluctuated between 18 and 39 minutes. He has scored in double-digits in just five of those games, hitting multiple three-pointers in only three. The one consistent when breaking down Ntilikina’s fantasy game is his steal numbers. He has a combined 26 steals in the same period, although six of those came in one game. Elfrid Payton is edging closer to a return and that could impact Ntilikina’s role. I am not holding out hope here and view him more as a steals streamer in 12-team leagues.

Noel is certainly one of the best per-minute producers in the NBA and has been for a number of seasons. Over the past two weeks, he is the 51st ranked player in just 21 minutes per game. Steven Adams continues to struggle with a knee concern and the two have basically been splitting minutes of late. The assumption is that Adams will get things going and eventually garner back the lead role. With that being said, the Thunder are sitting at 7-and-11 for the season and could look to make a trade at some point. Noel makes for an excellent stash but could still hold value in his own right. If he can stick at a minimum of 20 minutes, he should remain an easy top-100 guy.

Tucker began the season with a flurry and was putting up top-20 numbers for a stretch. He has since slowed and reverted back to numbers reflective of his career thus far. Despite that, over the past two weeks, he has still been a fringe top-50 player. For a number of players, simply looking at their ranking could prove detrimental. Tucker’s value comes from steals and field goal percentage. The steals can be valuable, however, the efficiency typically comes on around six shot attempts per game. He could fill a need for your team but there are likely going to be players available with more upside.

In contrast to Tucker, Olynyk was very slow to begin the season. A lingering injury saw him struggle on both ends of the floor. He scored in double-digits in just three of the first 11 games, shooting in excess of 50 percent just once. Over the last seven games, Olynyk has turned things around, notching at least 10 points in six contests, eclipsing 50 percent five times. He has always had a fantasy-friendly game with consistency his only real issue. His primary competition for minutes is Myers Leonard who himself has struggled for consistency. Olynyk’s ceiling is likely to be top-100 but that could be enough if you need a big on the end of your bench.

Anthony is a tough one to call. He seems to found a rhythm with his new team and has been a top-140 player thus far. He is averaging 17.7 points, 1.7 triples, and 6.0 rebounds in 31 minutes per game. These are decent enough numbers but the lack of defensive ability has been imminently clear. Top-140 is likely going to be his ceiling and technically makes him a viable 12-team asset. However, you are generally chasing upside with any of your backend players, something that Anthony doesn’t have. He is fine to roster if you really need points, but outside of that requirement, he can be streamed in as needed.

Is Adam on track with his fantasy breakdown? Let him know in the comments below! Also, check out our waiver wire and all of our other fantasy basketball content.