Top Tips For Trading During The International Break 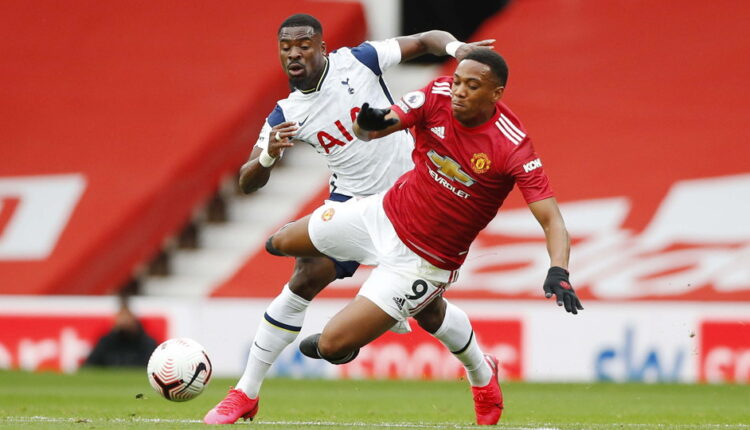 The dreaded International Break is here, the first 4 Gameweeks are gone, and boy, have they been a blast! Three players have already broken the 100 point barrier and with only 2 (Salah, Son) players in the top ten of most points scored who had a consensus first-round grade, it has truly been a whirlwind of a first 4 weeks. But what’s next? Trades. Lots of trades! Here are my Top Tips For Trading During The International Break.

Top Tips For Trading During The International Break

If you are anything like me, when the final ball has been kicked in the last match before the International Break, a kind of peace, serenity takes over for a fleeting moment. You look up from your phone and realize, that you in fact still have a family, a dog, that loves you unconditionally, there are other channels on your TV besides the ones with EPL. I usually make a commitment to myself (I’m experienced enough not to vocalize this to anyone else) that this International Break will be different. I will put down my phone, relax, and forget about Fantasy Football for a few days. This is what the IB is for, right? WRONG!!!

By the time Tuesday comes around, I have already fallen off the wagon. Hard.

How to Occupy Yourself During The IB

There are 2 main things everyone as crazy as myself does during the IB.

National teams cause nothing but heartache for a fantasy football manager, form usually does not carry over, a lot of travel is involved, nowadays the threat of Coronavirus exposure is also an issue, but most importantly, INJURIES! Loads of injuries.

This is why it is crucial to look out for injury news and have quick fingers on those pickups! Injury expert Ben Dinnery is usually your best bet for instant injury info and he is hands down one of the nicest people on Twitter, so without being annoyingly pushy, if you ask him anything under one of his tweets, he almost always responds. He is that nice! So do not hesitate to ask, but please, please RT his stuff as well. We are a community and we can only grow in numbers and in camaraderie if we help each other out.

NB: If you do not have a streaming spot on your team, you can always drop your goalkeeper at the beginning of the IB to be able to pick up a full roster of outfielders. You do not need to decide who drops out until the start of the first game and who knows, you may be able to get a few trades done by then.

The main focus of today’s article is trades. As most of you readers know, I am an avid trader, my nicknames range from “Wheeler Dealer” through “the Daniel Levy of the League” to some less complimentary ones, writing those down would probably end my short career at Fantrax HQ.

I like trades, that is the main takeaway there and I like them because trading with your league mates gives the whole fantasy football experience an added personal touch, negotiations can lead to you getting to know your league mates and that is part of the reason why we love draft fantasy. But enough sentimentalism, you are reading this to get some information on who to sell, who to buy?

In the next section, I will run through the positions and suggest a few players to target for trade for and a few candidates who you might do well trading out during the IB. Getting a trade done is not an easy task, there are a lot of factors to consider. Here are some of the factors I consider before making an offer for a player:

This is pretty straight forward. If the other manager is low on a certain position or has a lot of underperformers, try trading him a player that could actually help his/her team.

Fantrax has a lot of handy tools that you can use to your advantage to construct a trade. One of which is Transaction History on a player’s tab. You can have a look at where a player was drafted on this page and gain information form this.

For example, if you find out that a manager drafted Andrew Robertson in the middle of the second round (well ahead of his ADP) it is most likely that they like him that much better, meaning that they will have more patience with them, whereas if you see that Pogba was drafted at the beginning of the 4th round, you can assume that the manager drafting him had passed on him before (around his original ADP) and he fell to him meaning that he is more likely less attached.

These are just a few points to consider when constructing a trade during the IB. Without further ado, let us move onto suggestions on players to target at different positions.

The Players to Target

The data used in this article is based on Fantrax Base Scoring and uses @DraftLad’s accumulated expert rank+ADP spreadsheet.

TAA, Robertson and Van Dijk sit at 110th, 87th and 155th respectively in the overall scoring charts. I still believe that they will more likely be closer to their aggregated draft day ranks of 6.5, 19.05 and 21.38. It is obvious that their 7-2 humiliating by Aston Villa left a huge scar on their overall score and it may have left one on their managers as well. Try to capitalize on them while you can.

James Tarkowski and Willy Boly followed each other closely in aggregated draft rankings (45.8, 47.6) and neither has performed to expected levels. Burnley’s injury crisis seems to be easing up and the revolving door at Wolves is now shut until 1st January so both teams can start focusing on getting results and building a good run of games. The 2 centre backs will be at the heart of those efforts.

5 of the top 20 midfielders drafted have a combined 232 minutes played between them (181 of which were played by Allan Saint-Maximin). Christian Pulisic, Hakim Ziyech, James Maddison and Bernardo Silva have combined for 51 minutes all together out of the possible 1440. I can almost guarantee you that without having a stellar draft in the mid rounds, the managers who drafted these players are most likely on losing records after 4 games and have been fielding 3 or 4 midfielder starting XIs. If you can capitalize on their frustration by offering 80 or 90 cents on the dollar to the original draft value of these players, you will have yourself a very shrewd deal.

Stuart Armstrong, Paul Pogba, Cengiz Under, Ryan Fraser. A strange group of midfielders to put together, but they have one thing in common. We were expecting much more from them and they have not delivered so far. I still believe that, although based on different possible solutions, all 4 will start coming up with the goods sooner rather than later.

Southampton looks to build some form after a bumpy first few weeks, Manchester United may soon have one Mauricio Pochettino “at the wheel”, Under and Fraser just need to start gelling with their new teams during the 2 weeks off and start playing after the IB.

Rashford, Greenwood and Martial lit up the scoring charts after the restart and it was safe to assume that they would continue their form into the new season. 34 points across 4 games combined with 1 goal scored is a horrendous return from them considering at least 2 of them were being drafted in the top 3 rounds.

Martial is the lowest of the lot, with his suspension, he is missing the whole of October. The writing was always on the wall for Greenwood with the Sancho transfer saga and the last minute scramble to try to get Dembele failing, Ed Woodward turned to the experienced Uruguayan, Edinson Cavani to shore up the forward line.

With Cavani opting to not return for PSG’s Champions League run, his last competitive match was in mid-March, his last competitive goal mid- February. I am expecting a slow integration, meanwhile Greenwood will get his act together and could string together a number of good performances. Trading for Rashford and Greenwood could prove to be very good business and if you can get Martial for VERY cheap and wait out his suspension, he might just repay your faith.

Raheem Sterling, Riyad Mahrez, Raul Jimenez and Timo Werner have all been selected in the first round of almost all drafts. However they have been rotated/underperforming in the last 4 GWs. They coils fall firmly under the “I wanted to draft them early and believe in them” category which could mean an unsuccessful trade negotiation.

But testing out the frustration levels of owners is always possible and believe me, you will be banging your head into the wall when you see the notification that Werner has been traded for Ollie Watkins, Jesus for Wood and RLC and Mahrez for Dominic Calvert-Lewin. It never hurts to send out a few feelers, slide into the DMs of your fellow managers, you might find a good deal for these players yet.