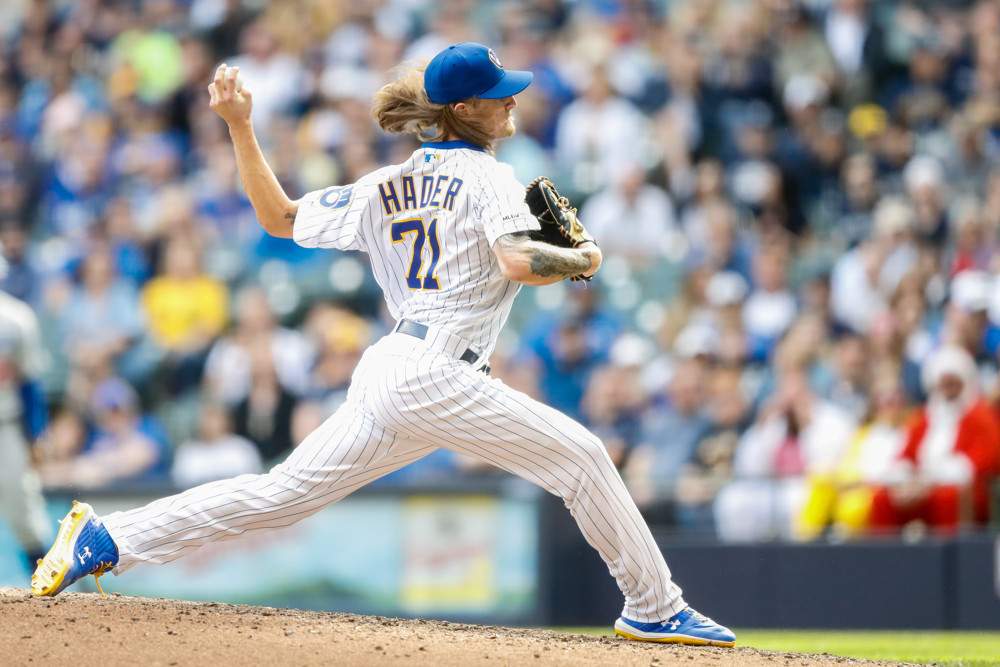 Dynasty leagues are the best, aren’t they? It’s the closest us fanatics can get to being a real baseball general manager. While you might not look at your team every single day of the offseason, dynasty leagues are a year-round commitment and there’s never a bad time to improve your team. Never I say! Whether you’re starting a new dynasty league or entering year 20, rankings play a vital part of any draft prep, trades, etc. I’ve released my overall top-500 as recently as March (and will update that soon), but I figured I’d dive a little deeper and rank the top players at each position which will go further than my top-500 did. After leading off with my top-100 starting pitchers, we continue today with my top-40 dynasty relief pitcher rankings.

This is by far the trickiest position to manage in dynasty leagues due to the high level of turnover at the position year to year. Just look back to the spring of 2019. At that time, Liam Hendriks was a good reliever, but not one many were targeting in any fantasy format. Now he’s coming off a breakout campaign that has him in my top-5 dynasty relievers overall. Will that continue? It’s hard to say. His success in 2019 cannot and should not be ignored, but at the same time, we were just gushing about Blake Treinen in this bullpen now too long ago.

There just aren’t as many Mariano Riveras and Trevor Hoffmans nowadays. Sure we’ve had Aroldis Chapman and Kenley Jansen remain dominant for the last several seasons, but they’ve become more of an outlier than an expectation. Most teams go with cost-effective young arms in these rolls which causes the high turnover we’ve seen in recent years.

For that reason, I rarely target relievers in dynasty with any sort of a lofty price tag. You won’t see me ever bidding aggressively for guys like Kirby Yates or Josh Hader. I’d much rather target the young rising arms, like the ones I mentioned in my “Nasty Nine” article, with much more reasonable price tags like grabbing some cheap veteran arms like Ian Kennedy to get me some saves in the present while I wait for the young arms to move into more high-leverage roles in their respective team’s bullpen

That’s not to say I would say no to having an elite option on my dynasty team. Of course, I’d love to roster Hader, Yates, or other top firemen if the cost was reasonable. Who wouldn’t? After all, there’s a reason I ranked them as high as I did below. But it’s all about the cost to acquire them, whether that’s in a draft/auction or via trade.

In addition to the high turnover we talked about above, we have plenty of dominant arms that struggle to find consistent success year to year. Edwin Diaz is a perfect example of that. Coming off a 2018 season for the ages, Diaz was flying high as one of the most coveted relievers in fantasy and on the same level as my current #1, Josh Hader. He finished the season with a 1.96 ERA, 0.79 WHIP, and a 15.2 K/9 mark which was 4th best in baseball behind Aroldis Chapman, Hader, and Dellin Betances. Following the season, Seattle shipped him East to the Mets and Diaz’s first season in Queens was a downright disaster.  He still struck out batters at a very high clip, but Diaz was victimized often by the longball and saw the effectiveness of both his fastball and slider take a step back.

The average velocity and usage of each pitch didn’t change much from the previous season, but as you can see, each got hit harder in 2019, especially Diaz’s slider. In fact, the wOBA on Diaz’s slider more than doubled from 2018 while taking a step back in Whiff% and PutAway%. But with all that said, I haven’t even gotten to the most noticeable difference with his slider, at least in my eyes. The average launch angle on Diaz’s slider in 2018 was a mere six degrees. That jumped all the way up to 19 degrees in 2019. To me, it looked like Diaz struggled to command the pitch in 2019. In addition, he lost a bit of both horizontal and vertical movement with the pitch in 2019. It’s amazing how such a minor change can have a major effect on a pitch.

Now, heading into the shortened 2020 season and beyond, I’m still buying into Diaz, especially at his more affordable cost. He’s still 26 years old and wasn’t nearly as bad as his 2019 surface numbers would indicate. If he can get his 2018 slider back, Diaz very well could slide back into my top tier of dynasty relievers.

I’m 100% out on Craig Kimbrel at this point in his career. Now 32 (well, in two days on 5/28), Kimbrel has seen his fastball lose both velocity and effectiveness in each of the last two seasons. After averaging 98.1 mph in 2017, that number dipped to 97.1 in 2018 and 96.2 in 2019. On top of that, Kimbrel’s shotty command of the pitch and overall control, in general, has made it so opposing batters aren’t nearly as scared of the pitch anymore. In fact, they pulverized Kimbrel’s fastball last season to the tune of a .326 BAA, .781 xSLG, .488 wOBA, and .493 xwOBA. Ouch. Kimbrel’s curveball is still a lethal pitch but when hitter’s don’t respect your fastball anymore, a good curveball is basically useless.

This isn’t a situation I see improving much either. Sure, Kimbrel isn’t likely going to record an ERA above six again in 2020, but the days of all-star caliber Kimbrel appear to be over. These command and control issues aren’t something that popped up recently and have been there throughout his career. Kimbrel is nothing more than an RP2 for me moving forward and one who’s cost will likely continue to exceed his potential value. I’m out.

This is where I like to invest in this position in dynasty leagues. With how much turnover there is and how pricey the top guys can be, I prefer to target the young up and coming arms that have the potential to develop into the next wave of elite closers. Recently, I wrote an article discussing nine that I believe have that type of potential. All nine of those relievers are included in my top-40 rankings below with the exception of Josh James who I’m ranking as a starter for now. If I can grab a few of these guys in dynasty leagues, they can help me with strikeouts, holds, and ratios now with the hope that some of them work their way into their team’s closer role within the next year or two.