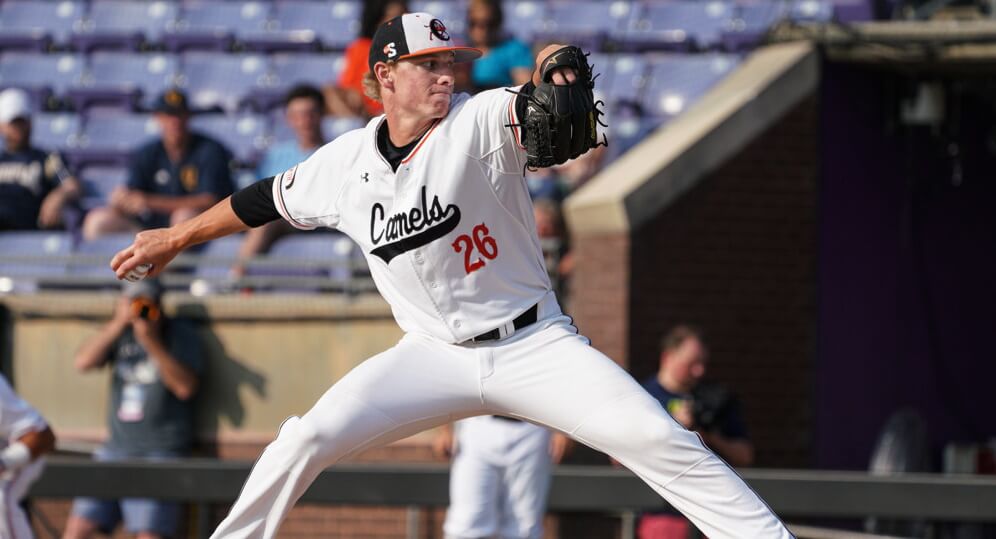 Pitching prospects will more often than not break your heart, just due to the volatility of the position. While everyone wants the next Walker Buehler or Shane Bieber, the sad truth is that most pitching prospects are going to fail. With that said, let’s talk about three under-the-radar pitching prospects I think you should buy into.

I tried to find pitchers I have rostered in leagues but were not on most prominent prospect lists. The pitching prospects featured in this article were not on Eric Cross’ most recent update of his Top 250 Fantasy Baseball Prospects for Dynasty Leagues, which is a must-read.

*Bang Bang* Now that we got the standard Astros’ trashcan mention out of the way let’s talk about one of my favorite prospects in their system. Tyler Ivey’s raw stuff is pretty exciting. He has a total of five different pitches headlined by wipeout curveball. Ivey has a fastball that he can ramp up to the mid 90’s, throws both a cutter and a slider that will flash at least average, and can spot a decent changeup.

All that sounds like the recipes of an interesting starting pitcher, however, there has been some of the dreaded “head whack” in his delivery which has hampered the command and has put some doubts into whether he would remain a starter. Now COVID sucks for a myriad of reasons(we know this) but I was interested to see if Ivey was able to fix the considerable “head whack” in his delivery.

Even with said “head whack” there is some reason for optimism with the Astros farmhand as he struck out 61 batters in his 46 innings pitched at the AA level in 2019. In that AA stint he also only allowed 16 walks and pitched to a 1.51 ERA so we saw some interesting potential from the rightie. Ivey won’t be someone you have to invest significant capital in, but I think there’s an interesting opportunity to buy Ivey before he blows up in 2021.

I liked Williamson dating back to his days at Texas Christian, where he exhibited all the makings of a finesse leftie. Nowadays he has seen the stuff tick up and now can get into the mid 90’s with a plus breaker. This is a testament to what the amazing job that the Mariners player development group has done. Once thought of as a back-end fringe starter now there’s a guy who might be a mid-rotation starter.

For someone that was seen as a finesse leftie, he did issue his fair share of walks and struggled with finding the strike zone. That problem did not plague him in pro ball. I do believe the perception of what Williamson was and what he has become has to lead to him not being viewed very highly in the fantasy realm. He currently has the potential to be a fantasy SP3 if he can fix the walks.

Because Williamson was in the low 90’s during his draft year, that left him off the radars in many FYPDs. But with the news, he is closer to mid 90’s now is the time to buy, and if someone in your league has him send them an offer for him. Now is the time to buy on Williamson, before everyone else catches up on him.

Last year’s Competitive Balance A pick by the Rays has lost a year of development but is still someone to buy in all your leagues. The Campbell Camel was an infielder at the Junior College level before becoming a pitcher. Since shifting he has blossomed into an intriguing pitcher, featuring a plus fastball and a plus slider with two other offerings flashing average. He is hyper-athletic on the mound and has an easy delivery. Part of the problem in the fantasy game is he is in such a stacked organization that it’s easy to get lost.

He is still very raw and does not have the mileage that you would expect from a college arm drafted highly, which I would argue is a great thing. There is very little track record with him as a pitcher which I believe you should take advantage of and buy-in on him. He is not on very many radars but this the biggest upside play on this list, he has some of the same attributes that Josiah Gray had before he blew up with the Dodgers. Both converted infielders with smooth athletic deliveries and interesting stuff.

If you enjoyed Rhys’s look at these three pitching prospects, you’ll also want to check out Chris Clegg’s breakdown of Spencer Howard, a prospect that is just now starting to pay off.