This Week in Fantasy College Football 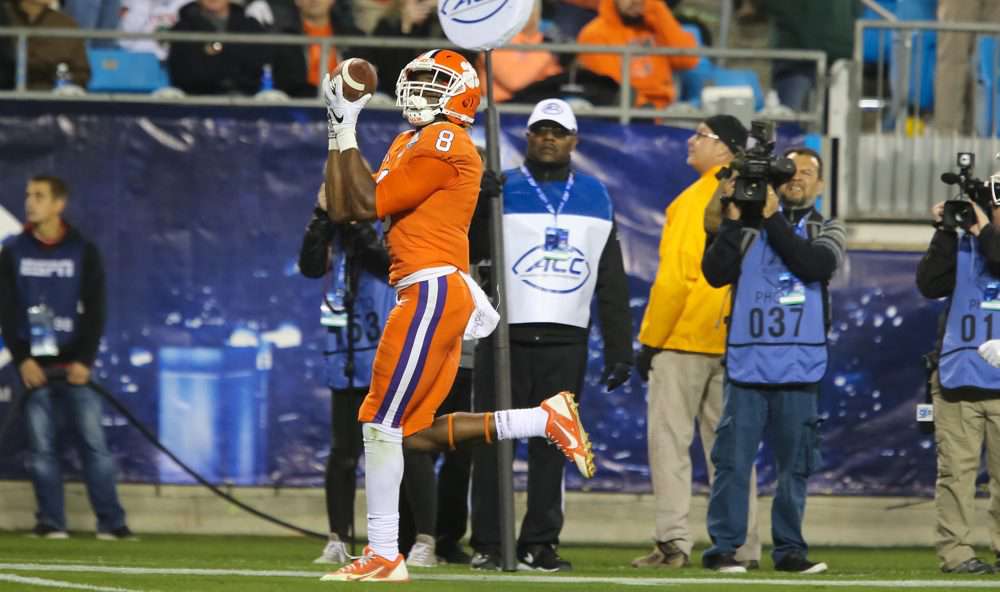 Players heading to the NFL draft, Georgia quarterback leaving Athens, and a western school filling their coaching job — all of this and more in this week’s edition of “This Week in College Football.”

Rich Rod is out and Kevin Sumlin is in

The firing of Rich Rodriguez was expected after starting the season on the hot seat and ending the season with three straight losses. Rumors arose late last week that Ken Niumatalolo was offered the head coaching position at Arizona, but nothing arose of them. Bruce Feldman reported Sunday that Kevin Sumlin had accepted the job with the Wildcats.

Sumlin will bring in a power spread offensive system that emphasizes the ground game, which bodes well for rising junior back JJ Taylor. The former Texas A&M coach also inherits midseason sensation Khalil Tate, who set the FBS single-game record for rushing yards by a quarterback in relief of Brandon Dawkins. With Sumlin taking over, Tate will still be a first-round fantasy quarterback, and JJ Taylor’s stock only goes up.

Hugh Freeze in talks with Alabama?

Recent reports have connected Hugh Freeze with the Alabama Offensive Coordinator position. Clay Travis tweeted Monday night that he had heard from sources that Freeze was interviewed for the Alabama job.

Hugh Freeze is an incredible offensive mind, as we’ve seen during his tenure at Ole Miss. His successes with Bo Wallace and Chad Kelly have given Saban fits in the past and will only mean good things for Tua Tagovailoa or Jalen Hurts in 2018. The only concern with Freeze is his recent recruiting violations that led to an NCAA-sanctioned Bowl ban as well as scholarship reductions. The hire would be good from a coaching standpoint, but can Freeze keep his nose clean?

Kai Locksley made a splash in the junior college ranks in 2017 after transferring from Texas. A receiver-turned-quarterback, Locksley threw for 2,238 yards and 20 touchdowns and added 705 yards and 20 touchdowns on the ground. His play is fairly inconsistent, but he has all the tools to be a success next season. If he can win the starting job in the spring, he will be a prime addition to the top-10 transfers list in 2018.

Ryan Finley has decided to return to North Carolina State for the fifth season of his collegiate career. With Jalan McClendon graduating, he has decided to transfer from the Wolfpack in order to find a school that will use him. McClendon was often thrown into the game on third or fourth and short plays to secure first downs, but he was rarely used outside of that. McClendon is immediately eligible as soon as he finds a school to take him.

In a decision that shocked many, Chase Litton has declared for the NFL Draft. After a season in which Litton threw for 25 touchdowns and 14 interceptions, most thought that Litton would return for one last ride with the Thundering Herd. With this news, Isaiah Green will likely be the starter for the Herd come this spring.

Jaylen Smith Returns to Louisville in 2018

With Lamar Jackson headed to the NFL, many believed that Jaylen Smith would follow. Smith, who finished the year with 980 receiving yards and seven total touchdowns, will be back next season and should take over as the focal point of the Cardinals’ offense. He will likely take a step back with Jackson gone, making him far less valuable in 2018 than he was in 2017.

Zach Smith leaving Baylor for Tulsa is a huge get for the Golden Hurricanes. Smith was beat out by Charlie Brewer during the course of the season and decided it was in his best interest to leave Baylor. There are huge things in store for Zach Smith at Tulsa, as his skill set is handmade for that offensive system. He will have to sit out a year, but if you can snag him in a dynasty league, be sure to do it.

Deon Cain’s declaration for the draft was unsurprising, as he is a likely first-round pick with his combination of size and speed. McCloud, on the other hand, was a huge shock, as his numbers never screamed pro-potential at any point this season. Tee Higgins is the assured beneficiary of Cain leaving. He is the next man up at that outside receiver spot. Amari Rodgers has caught the eye of the coaching staff throughout the season and could take the next step next season with McCloud gone.

Auden Tate Has Declared For the 2018 NFL Draft

Auden Tate was in for a huge season but couldn’t quite reach his full potential with DeAndre Francois going down in the first game. Tate will join a very top-heavy receiving class and has a good chance to make a big splash with his 6-foot-5, 225-pound build. Nyqwan Murray is next up at Florida State and has the luxury of a healthy DeAndre Francois next season.

Jacob Eason to Transfer From Georgia

In a move surprising to no one, Jacob Eason is leaving the Bulldogs. After an injury, Jake Fromm took over the starting job at Georgia and never gave any doubt that he is the guy. Eason will sit out for a season unless he decides to take the junior college route in 2018. Due to his connection with Mark Richt, Miami is a destination to watch, but N’Kosi Perry could derail that idea should he take Malik Rosier’s spot in 2018.

Josh Adams was a revelation for the Fighting Irish this season, as he rushed for 1,430 yards (6.3 YPC) and nine touchdowns. Adams is joining a heavy running back class and is a day two prospect. Brandon Wimbush will need to take major strides next season to keep the Notre Dame offense relevant.