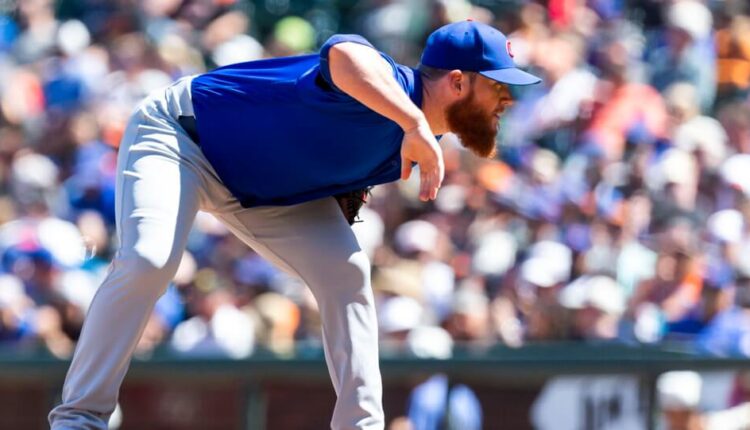 I want to start off my last regular piece of the season by saying thanks.

First off, thanks to my bosses, Eric Cross and Doug Anderson.  They are the epitome of kindness and professionalism in this fantasy industry.  They gave me an opportunity at Fantrax and have trusted me to bring you this small piece of information each weekend.  Thank you Eric and Doug!

Secondly, thanks to all of you who read my work weekly.  It’s humbling and extremely gratifying.  There is something that has always gotten to me about seeing my name in a byline, going all the way back to high school many moons ago.  I have been fortunate to be able to write about fantasy baseball the last couple of years and am always aware that could go away at any time.  For those of you who directly messaged me and asked me questions, or gave me feedback on this piece each week, you will never know how grateful I am to you for that.  I hope that continues next season as I continue to work at Fantrax.

Ok enough emotion, let’s get to the bullpens.  If you have any questions these last few days of the season, you can always reach out to me @mdrc0508 and I will be happy to try and help you!

Garrett Whitlock will finish his season on the IL and have arthroscopic surgery on his ailing hip. Best option for saves on the Red Sox for the last week will be John Schreiber, but Matt Barnes could also be in the mix as he auditions for his old role again next year.  This will be an intriguing bullpen to mull over in the offseason.

Interesting to watch things develop in the Bronx, where as we stated last week, the Yankees activated Scott Effross and Zack Britton from the IL. Manager Aaron Boone announced that the team would go with a committee approach, using Clay Holmes and Aroldis Chapman as two candidates.  Also in the mix could be those recent activations and Lou Trivino. One thing is for sure: the Yankees need to figure this out before the postseason. Lean Holmes right now, but this could change in a moment.

Pete Fairbanks continues to look strong in Tampa Bay.  I was able to roster him a couple of weeks ago to replace Alexis Diaz, and he’s been outstanding for me.  I get lucky sometimes.  🙂

Minnesota’s season took a turn for the awful in the beginning weeks of September, and this led to to the demotion of Jorge Lopez and the promotion of Jhoan Duran.  I will be watching where fantasy players rank Duran for next season.  He has the potential to be a breakout candidate, a la Emmanuel Clase, perhaps as soon as next season.

Jimmy Herget earned his sixth save this week in Los Angeles.  He’s seemingly pulled ahead of Jose Quijada here.  Not that those of you who have enough saves already care all that much.

It’s safe to assume that Domingo Acevedo is the closer in Oakland as he has three saves this past week.  Joel Payamps and AJ Puk are two of the last men standing in this bullpen and will be in setup roles for the moribund Athletics.

Philadelphia is looking to deploy a three-headed monster in David Robertson, Seranthony Dominguez, and Jose Alvarado.  What caught my eye this week was that Alvarado earned a multi-inning save.  Asked about it after the game, interim manager Rob Thomsen said the team wanted to see if Alvarado could pitch over multiple innings. Might the Phillies be thinking of using Alvarado in the stopper role while continuing to split closing duties 60/40 Robertson to Dominguez?  Isn’t it fun rostering relievers in fantasy baseball?  Lean Robertson here still.

Late-season find Brandon Hughes is day-to-day with the Cubs with a twisted ankle from Thursday’s game.  No word on the severity of the injury, but should he miss a couple of days, veteran Mark Leiter Jr. has been outstanding in high leverage role this year and could see an opportunity or two this coming week.  With nothing to play for, the Cubs will not rush Hughes back.

Don’t forget that some fantasy players may have jettisoned David Bednar weeks ago. He’s back off the IL as of Thursday and will be the closer the rest of the way for the Pittsburgh Pirates.  This allows them to move Wil Crowe back into an eighth-inning role, which he has been in previously, and Duane Underwood Jr. continues to be a piece that will have a role next season as well.  Bednar might be a sneaky play on to your roster for those last-minute saves this coming week.

No new news in Colorado, but how about a round of applause for Daniel Bard, who held the job the entire season after many, including me, ranked him in a lower tier because I thought he was too volatile?  All he did was earn six wins, post 32 saves, and fortify your ratios with a 1.88 ERA and .99 WHIP.  Kudos to him; left for dead three years ago, he’s a closer at age 37 in the major leagues.  I just love this story.  If you had taken him as your second closer, maybe you are winning your league right now unlike me, who spent up on Giovanny Gallegos as his second closer.  Damn.

In a move that surprised no one, manager Dave Roberts removed Craig Kimbrel from the closer role and announced that the Los Angeles Dodgers would be using a committee approach. This could be really interesting to watch, as most pundits, me included, would have assumed the heir apparent would be Blake Treinen. But Treinen has been shut down for a few days as his recovery from a nagging shoulder injury is not going as well as he had hoped.  The top options would appear to be Evan Phillips and Alex Vesia, given this news.  Chris Martin did earn a save last week and could be in the mix for a higher leverage role, but Phillips and Vesia would appear to be the top candidates for saves.