Third Base Sleepers and Values for 2020 Fantasy Baseball 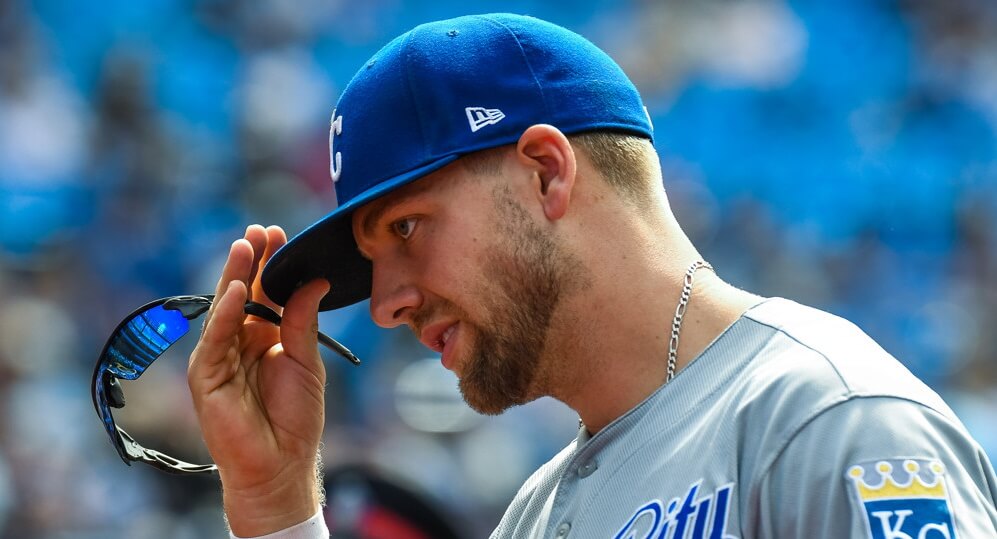 Alright, so we know how stacked third base is, right? Well, if you didn’t know, check out our staff rankings and see for yourself. When we’ve got Manny Machado outside the top ten, you know it’s loaded. I mean, you could forget about the position for the first 100 picks and still come out with someone you’re happy to start. So, let’s take a look at some of those players going outside the top 100 and see where we can identify some value. It’s hard to call anyone a real sleeper at the position, but I’m going to include a couple of guys you shouldn’t forget on draft day.

2020 Third Base Values and Sleepers

Wasn’t it just a couple of years ago that Josh Donaldson was a first-round pick? Granted, he had a couple of injury-shortened seasons, but he came back strong in 2019. Donaldson posted a .259/.379/.521 slash line with 37 home runs and even chipped in four steals with Atlanta. He’s always had elite plate discipline, and that hasn’t stopped with a 15.2% walk rate that ranked in the top four percent in baseball. Donaldson posted a career-best 50% hard-hit rate and 15.7% barrel rate, also in the top fourth percentile. As good as he was, it could actually get better in 2020.

Donaldson joins a stacked Minnesota Twins lineup that looks to have a particular philosophy when it comes to hitting the ball. They’ve made a team-wide effort to pull the ball more. Eddie Rosario, Mitch Garver, Miguel Sano, and Max Kepler all had career-high pull rates. And you know what? It worked. Every one of them put up impressive power numbers. Now, if Donaldson buys into that philosophy, he could go bonkers. Donaldson had an average exit velocity of 101.6mph on pulled fly balls and line drives. That mark ranked sixth in baseball among qualified hitters. I’m calling 40-plus home runs for Donaldson this season. In that lineup, that’s going to produce some monster counting stats. If that’s not incredible value, I don’t know what is.

Moustakas is another one of these value picks that can give you similar production to players going ahead of him in drafts. His steamer projections are nearly identical to teammate Eugenio Suarez. I broke down the comparison in my Steamer vs. ADP article. Moustakas is also going much later than guys like Manny Machado, Max Muncy, and Matt Chapman. He could very possibly give you similar stats. You know you’re going to get around 35 home runs, good counting stats, and added second base eligibility. Take advantage of the value and tackle other positions where you’d draft one of the previously mentioned players.

The Cardinals don’t have time to mess around these days. It’s time to compete. Doing so means having your best players out on the field. One of them has to be Tommy Edman. Edman did some great things in his MLB debut hitting .304 with 11 home runs and 15 steals in 349 plate appearances. The speed is absolutely real. With a 97th percentile sprint speed, Edman was able to steal 24 bases out of 25 attempts across Triple-A and MLB.

While the power may be in question, he did have a 41.1% hard-hit rate, per Fangraphs. Edman also had a 15.5% soft contact rate, below the league average of 17%. Speaking on contact, Edman showed a great ability to get the bat on the ball with an 89.1% Z-Contact rate. So we know he can steal bases, we know he can hit for a good average, and perhaps he can hit 15 home runs. Maybe we’re looking at a sleeper who can put up similar stats to Victor Robles with a safer batting average given the playing time?

By now, the J.D. Davis hype-train is moving faster than the Coronavirus. Our own Mike Kurland is the conductor of that train and did a deep dive on him in November. The best thing that could happen for J.D. Davis would be a trade to an AL team where he can DH. For now, let’s hope the Mets give him plenty of playing time. Otherwise, they’ll be letting an elite bat go to waste. Davis’s Statcast metrics are off the chart with elite hard-hit data. And, his .308 xBA supports his .307 batting average on the year. Aside from the excellent batting average, Davis hit 22 home runs in 453 plate appearances. But you know what, there’s room for more.

J.D. Davis had a .548 xSLG and .527 SLG, indicating room for growth. I decided to dig even a little deeper into his batted ball metrics. What I found was that among hitters with at least 200 plate appearances and a ground ball rate above 45%(not good), he ranked eighth in the league in xWOBA on line drives and fly balls. If Davis could lift the ball a bit more, he could be an absolute beast.

Taking a look at his batted ball data, Dozier raised his average exit velocity by 1.6mph, up to 91.1mph. His 115.1mph max exit velocity was the 23rd best velocity in MLB. Dozier is expected to go into the season with a full-time role in the outfield. So, added multi-positional eligibility will be an added bonus for Dozier owners. If you buy into what Soler did and think Mondesi will come back strong from his shoulder injury, it could be a better lineup than you think. Dozier would be a good value pick as a corner infielder where he’s going in drafts today.

Scott Kingery is another player with third base and outfield eligibility. Kingery did himself no favors with his bad plate discipline. But, he accumulated 19 home runs and 15 stolen bases in only 500 plate appearances. And it’s all about those stolen bases these days. He’s not just an empty speed source, Kingery has proved that he can hit for some power. He raised his pull rate in 2019 to 42.7%, and his barrel percentage with it, up to 8.0%. What can we get from Kingery in 2019? Think Yasiel Puig at third base as a better outcome, but you’re getting value as he’s drafted much later.

New Blue Jay Travis Shaw might end up being one of the best values in the draft. It was not too long ago at all that he was considered a top-10 third baseman by many. What happened to him in 2019? Well, a failed swing adjustment is what happened. His contact rate dropped by over 10%, raising his strikeout rate significantly. At the same time, his average launch angle went up to 24.4 degrees. We want players to lift the ball, but that’s extreme. All in all, it looks like an outlier season for Shaw. If he can correct the swing issue, Shaw is going to return some serious value.

Other Sleepers and Values to consider

It’s hard to figure out the playing time in New York right now, but Andujar will be getting work at first base and outfield this spring. Any piece of that lineup with the potential that Andujar has is worth a grab. In 2018 he slashed .297/.328/.527 with 27 home runs.

Speaking of the Yankees lineup, Gio Urshela is back and goes into the season with the leg up on third base. A lot of what Urshela did last season seems to be real, with a significant rise in average exit velocity and a .294 xBA. If he can repeat that remains to be seen, but at that point in the draft, it might be worth finding out.

Yandy Diaz and his monster biceps managed to hit 14 home runs in 347 plate appearances despite a 50.8% ground ball rate. He raised his launch angle to 5.7 degrees, still way too low, but increased his barrel rate to 10.4%. That’s just how hard he hits the ball. Even another small decrease in his ground ball rate could do wonders for Diaz. He underperformed a lot of his metrics, including a .284 xBA and .491 xSLG. Good things could be in store for Diaz owners taking a chance on this sleeper.