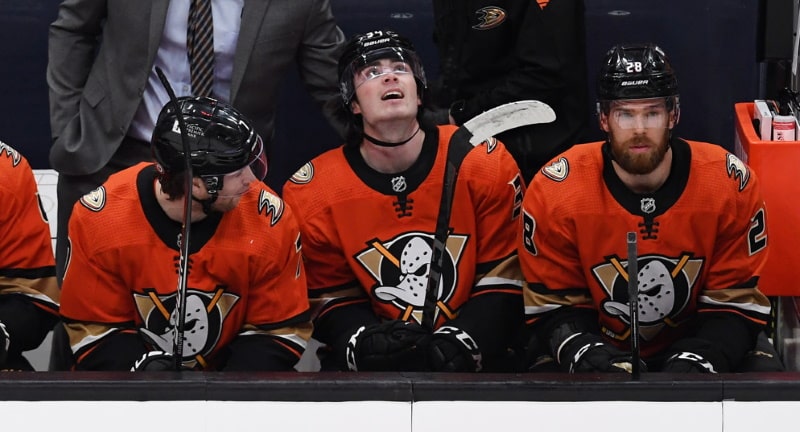 Hi everyone, it’s time we look at the top defender prospects outside of the NHL. Using the Fantalytica platform, we felt it was finally time to unveil a defender-only list. We used two major points when considering these skaters: What’s the public sentiment of the player’s upside? Are they ranked competitively on Fantalytica? After much consideration, we have decided on these 5 stellar prospects. We firmly believe every player on this list will have long, illustrious NHL careers. Owning one or more of these gems deserves a respectable handshake. 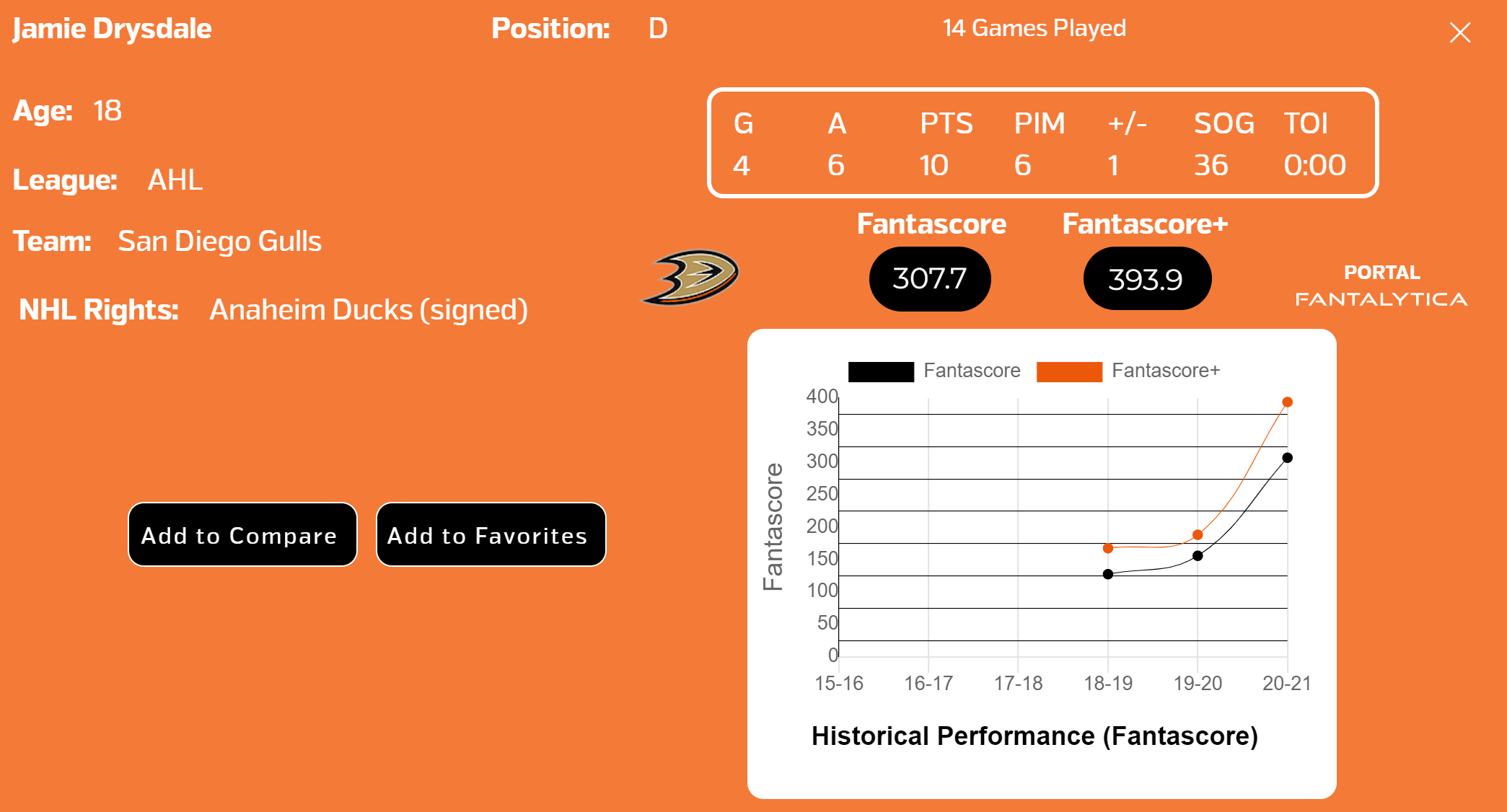 He is truly an explosive skater who seamlessly quarterbacks a team from the blueline. Drysdale is an elite modern defenseman – fluid, slick, swift, and offensive. He generates massive power with his stride and can easily slide by the opposing defense with only a few steps. It’s no surprise to see Drysdale fitting into a young Anaheim Ducks roster as an 18-year-old. Depending on your fantasy league, Drysdale is either #1 or #2 on our top defender prospects. Good luck trading for him – he is an expensive, luxurious asset for nearly any keeper/dynasty team. 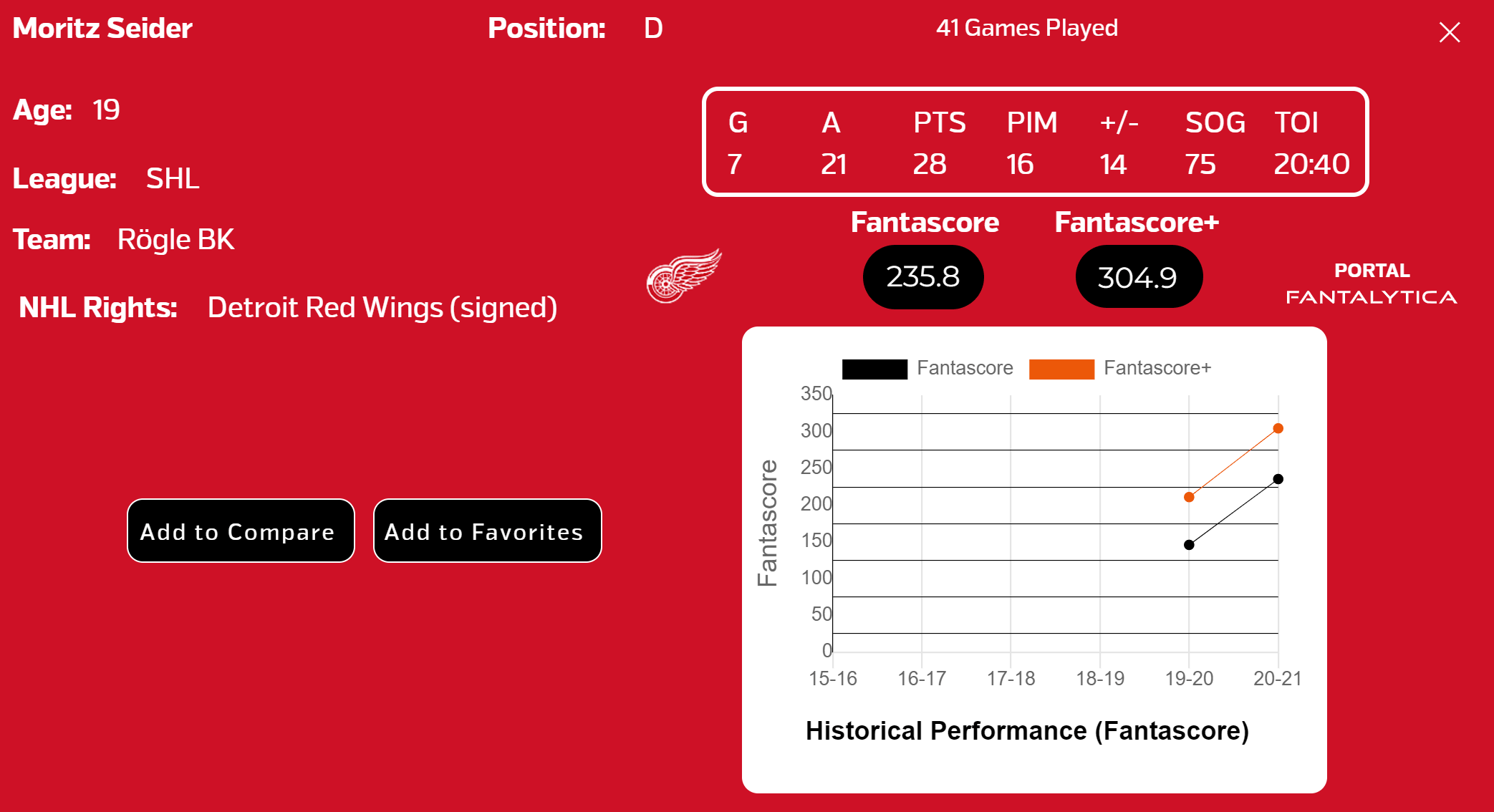 Steve Yzerman made, at what was looked at the time as, a questionable pick. With his first draft pick as the newly anointed Red Wing’s General Manager, Yzerman took Moritz Seider at 6th overall, the same spot as Drysdale (but a year prior). I guess you could say a defender taken at 6th has a high chance of becoming elite. All jokes aside, Seider is by far the most well-rounded defender prospect for a fantasy team in a deep league. If scoring points isn’t his favorite, hitting surely is. Seider made waves this season, due largely in part to his aggressive and physical nature on the ice. The SHL is not regularly accustomed to a player crushing skulls and scoring points. Seider will do this in the NHL, no question about it. If your team has hits or blocks, Seider is arguably the top prospect in the world to have on your team. 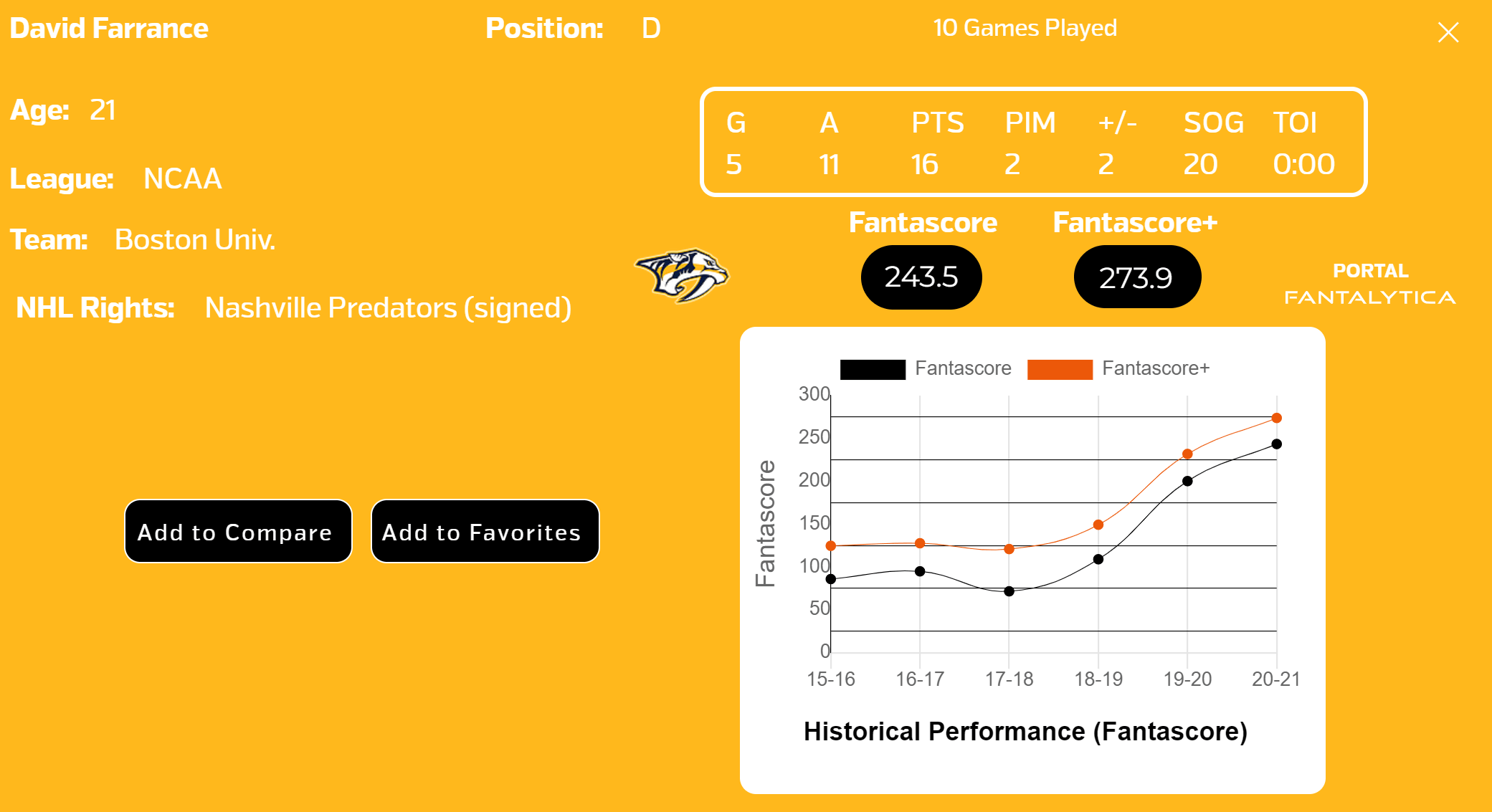 Farrance had no business playing in the NCAA this year. After a breakout last season with 43 points in 34 games, it was only a matter of time before he turned pro for the Nashville Predators. He played 2 seasons with fellow Predator Dante Fabbro – continuing his growth with ample playing time could vault him into a permanent top-4 slot. Farrance has the raw skillset and IQ to leap just about anyone in front of him on the depth chart. Don’t let his 3rd round draft stamp fool you, Farrance has an infatuating style of play that projects to produce at a fantasy hockey level. Give him time to develop on NHL ice, the wait has been worth it thus far. 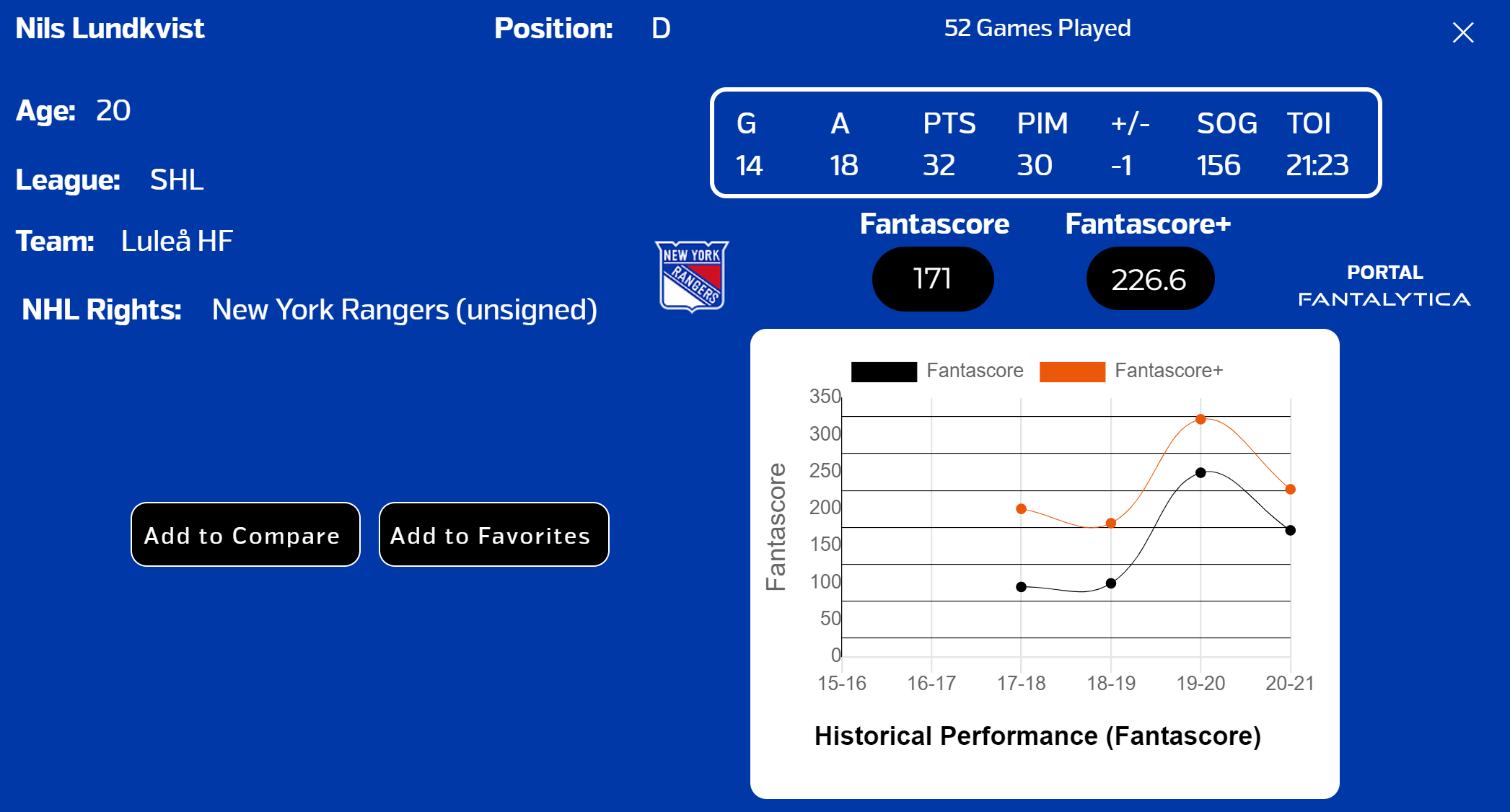 As if the Rangers needed yet another dynamic prospect to enter the fold, Lundkvist is nearing the precipice of reaching the NHL. Between Fox, Miller, Trouba, and Lundkvist, it’s hard to consider that group as anything other than a top 5 defensive core (in a year or two). Lundkvist is a perfect match for K’Andre Miller –whose physical and smart two-way style can mesh rather nicely with Lundkvist. Playing in that top 4 will give Lundkvist an unfair advantage to accelerate his value in fantasy. We’re getting major Klingberg vibes. 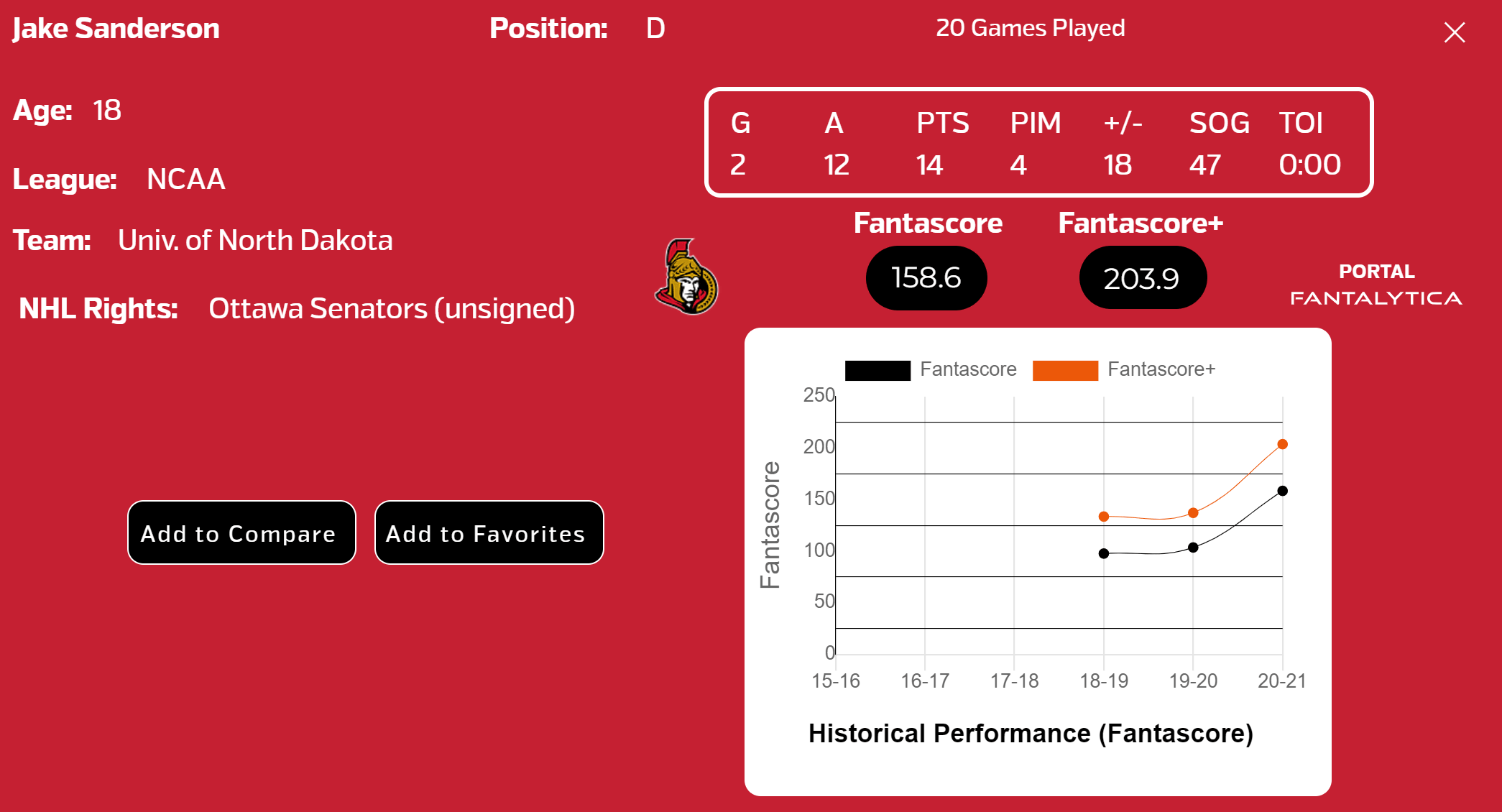 It is still unclear whether Sanderson will sign with the Senators or take an additional year at North Dakota. Although both options are acceptable, signing with the Senators only brings the club one piece closer to becoming relevant among a tough Northern division. The assimilating qualities between Sanderson and Seider are too obvious to ignore. The only differences between these two players are their nationalities and… nothing (really). Both players will play pivotal roles for their NHL clubs, both hit, both control the game every shift, and both love to make impactful decisions. If you own one of these guys, awesome. If you own both, you are looking to make your dynasty team a true dynasty.

Thanks for reading our top defender prospects list! If you enjoyed these projections or descriptions, please be sure to check out the platform for all of your historical and current prospect projections at https://www.fantalytica.tech/.

For more help in the short term please check out our latest Fantasy Hockey Waiver Wire!