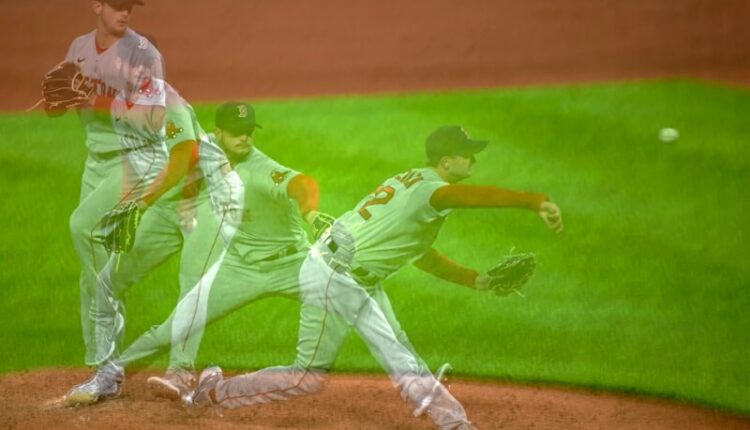 I hope you are all having a good weekend after a long week.  We are winding down the baseball season and many of you are hopefully preparing for deep playoff runs.  Part of any good fantasy team is a stout bullpen.  Let’s take a look at what’s been happening this week in an attempt to help you best prepare for your upcoming playoffs.

I’m writing today from lovely St. Louis with a hot cup of coffee while my daughter fitfully sleeps upstairs after a night in front of the stage seeing the bands Spoon and Interpol.  Enjoying live music again has been a highlight of this year for me and Ellie.

In Boston, the lean right now seems to be John Schreiber, who has seven saves while Garrett Whitlock has struggled in the last two weeks, surrendering six runs and eight hits including two home runs.  I would not expect the Red Sox to turn their backs on Whitlock, but the edge right now would seem to go to Schreiber.

Like sands through the hourglass, so are the days of the lives of the Tampa Bay closer.  Right now it appears to be Pete Fairbanks, who earned his fifth save of the season this week and appears to have leap-frogged Jason Adam and Colin Poche as the top option.  Fairbanks could be a sneaky option for you in leagues where he is on the waiver wire.

Jorge Lopez continues to struggle in the Twin Cities, where Michael Fulmer ended up getting his third save on Thursday night.  Based on the way their bullpen is set up, I would look for Lopez to continue to be the closer, but with the Twins fighting for their playoff lives, he can’t survive too many blown saves.  Caleb Thielbar continues to pitch in high-leverage roles here, and do not forget about Jhoan Duran either.  Both have the chance for holds. Had the chance to see Duran in person against the White Sox last weekend, and he is electric.

Dateline Houston: Ryan Pressly was originally supposed to return on Tuesday, but was not activated until Friday night.  If you were wondering if skipper Dusty Baker would ease him back in, Baker destroyed that notion by using Pressly for his 26th save on Friday night.  You can bump Rafael Montero back into his eighth-inning role now.

We got back to the hotel room last night just in time to see my beloved White Sox take it to Oakland closer AJ Puk, to the tune of five earned runs in the top of the ninth. With Zach Jackson and Dany Jimenez out due to injury, Puk has an opportunity to take this role on a terrible team.  The only other potential options on the roster right now might be Sam Moll and Domingo Acevedo, but both lack the “stuff” you would want a closer to have in that role.  Best guess?  They keep using Puk for the handful of chances that remain this season.

Texas had been riding Jonathan Hernandez in his successful return from injury, and kudos to him for stepping so quickly into a high-leverage role.  That being said, he’s not been great lately.  Earlier this week, interim manager Tony Beasley used former closer Jose Leclerc in a save situation, and he earned his third save.  It may be important to recall that Leclerc was paid to be the closer before his Tommy John surgery last year.  This could be an interesting situation to watch in Texas.  My gut (and it very well could be wrong) would be that Hernandez will eventually be used in a stopper role and Leclerc will be the closer again in 2023 IF (and it’s a big if) he can retain his control and command gains and avoid the free passes.  For now, lean Hernandez.

The Miami Marlins have seen another changing of the guard at their closer role. Tanner Scott has been used in the seventh inning and Dylan Floro got the last save opportunity. Steven Okert has remained in a high-leverage role.  This could be a committee situation moving further.  Stay tuned.

Last week we shared that Edwin Diaz was being used slightly differently as the race tightened in the NL East. Diaz only pitched once this week for the Mets. The Mets have picked a bad time to cool off, going 5-5 in their last 10 games, while Atlanta has won eight in a row, overtaking the Mets for first place in the division. Here’s the thing for me: the Mets may use him at any point late in the game, and not necessarily for a save chance. That being said, he’s a great source of strikeouts and he remains the best option to close games in New York.  Adam Ottavino has been terrific as well.

Haven’t updated on him in some time, but Kyle Finnegan should still be the closer in Washington.  He did pitch the eighth the other night and has only had three opportunities to pitch in September, with only one save chance…which he blew mightily in giving up five runs. It’s possible the Nationals could look at other options with games ticking off the calendar, but who would those options be?  Maybe Carl Edwards Jr. or Hunter Harvey. Chuckle if you would like about Harvey, but he’s sporting a tidy 2.67 ERA with 32 strikeouts in 27 innings. At age 27 and finally healthy, could Harvey reemerge as a closer candidate?  I would love to see it after all he has been through in his career.

I know many of you are watching the Chicago Cubs bullpen tug-of-war between lefty Brandon Hughes and righty Rowan Wick.  This one is particularly hard to pick because manager David Ross likes to play matchups and the Cubs are awful. Here’s a great example: on Thursday Ross called on Hughes in the eighth to face the heart of the order and then called on Wick to finish the inning.  Wick responded by walking in a run.  Mark Leiter Jr. has been getting some eighth-inning work here. With the Cubs being moribund, this timeshare looks to continue.  While I think Hughes is their best reliever, Ross really seems to like to use him against the heart of the order late in games, which we all know may not always be the ninth.  Hope you have patience and Tums if you are using Hughes and Wick.

Well after a week or so of hand-wringing, Josh Hader appears to be back on top in San Diego. He earned a save this week and fill-in closer Nick Martinez had pitched the eighth in that game. We all know that the Padres need Hader to close, and it looks like we may be able to put him at the top of the mountain again.