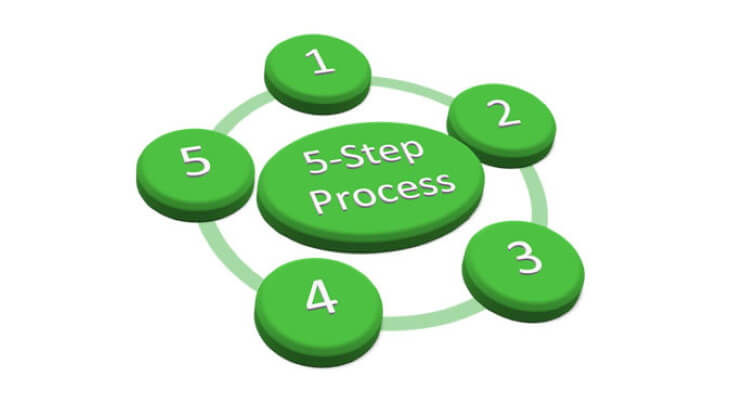 First, in dynasty baseball, there is no offseason. There is only the time between seasons. But – as you take your team from last year into this year – how do you tackle the offseason, prepare to go into next year, and take that next step? Whether you’re staying in contention, moving into contention, moving forward in a rebuild, or taking the first steps to retool or rebuild, you always have to figure out a plan as you use these valuable months of trading before the FYPD to execute whatever strategy is necessary.

Also, make sure to check out the Fantrax Toolshed Podcast Weekly for more redraft, prospect, and dynasty talk.

This may sound like a commissioner on a broken record… but review your league settings and rules. So you think you know them? Cool – review them. Make sure you know how the offseason works – make sure you can answer all of these questions:

Depending on your league, there may be other questions with more rules or restrictions that you might need to answer – just make sure you know them before you start doing anything.

Next – what does the league look like? This takes into account a number of things. There are of course the basics of how many teams there are, what the roster size is, and those sorts of things, including how many each team keeps. But you also need to look at the shape of the other teams. There are a couple of ways I recommend accomplishing this.

If you are comfortable with spreadsheets (see my series on that here if you want to learn more), go to the players tab in your league, set status/team to all, and download the data into a CSV file that you can then work with in Excel, numbers, sheets, or whatever your spreadsheet software of choice is to work in. Once you have this in a spreadsheet you can also pull in expert rankings or other bits of analysis to break down the rosters in your league. Then you can figure out who has a really strong team, who has a team full of prospects, who has a really old team, etc. If you can work with the data in Excel this is an elegant and helpful way to break down the data.

If you’d rather not dive into the beautiful world that is spreadsheet analysis, you can also go to the team – roster chart page in your league to see all team rosters in one space. Then you can go roster by roster and analyze the team, taking note of the makeup of the rosters.

Finally, look at the results from last year – what teams were at the top and do they look posed to stay there – what teams were in the middle and look ready to take a step forward, or possibly to decline. All of this is necessary information as you get a feel for the offseason. While you will likely just know some of this from playing in the league (unless you are taking a team over – more on that in the future), it’s good to remind yourself and get a sense of where the other teams in the league are at in terms of their competitive window, roster construction, and potential needs.

Now that you know what the other rosters look like it’s time to do a deep dive on your roster. This analysis would be similar to what you did above with the other teams in the league but in greater depth. The spreadsheet approach is my personal favorite way to handle this and gives the greatest insights into your team, the age, and the perceived value by most experts of players on your roster. However, should you prefer it, you can certainly just spend time looking at it, noting the build, and taking stock of what your roster looks like and what you need to do going forward.

After that, you should have a better sense of both other rosters and your own, and so now can figure out how your team fits in the larger landscape of the league. Whether you think your team can contend or not, if you notice you have more players you’d like to keep than you can and see some other teams that could make a great trade partner to consolidate players, or if you see your team could go either way given the makeup of other teams, it’s time to make some decisions.

If your team is in that middle, it is crucial to answer this question.

Can I catch the teams at the top or do I need to spend this offseason retooling the team even if it means a step back this year?

This sort of analysis requires a more detached look at your roster. Emotional attachment to a player, be that because they play, or played, for your favorite MLB team, or because you drafted them in the startup draft six years ago, or whatever it may be, is unhelpful. Strip that away. You have to decide if a player fits what your team is doing. If you are trying to win now and you have a prospect who won’t likely sniff a big league roster for a few years – they are tradeable. If you are retooling and you have a player in the last few years of his career – trade him. You have to be focused on making your team better and more likely to win in whatever your contention cycle is in that league. To that end, there should never be a can’t touch list in trade talks. You may have a “to get this guy you will have to pay through the roof” list – but if someone wants to meet that cost, cool.

Now, if possible, it’s great to always be contending, in which case both old and young could be easily tradeable. If another contender wants to take on an older player and you can get a player who is contributing but younger (even if at this point not quite as good) and some second player or draft pick back – great – as long as it makes your team better. If you have a prospect someone wants – great – trade them. As Chris Clegg likes to say, prospects are for trading, there is always another one coming, and with some astute drafting and watching the FA pool you can restock there (depending on the depth of league this may be harder or easier)

Finally, what does your team look like in terms of keepers and draft picks? If you have more players you want to keep/that should be kept in a league of your league’s depth/roster size, try to find a trade partner who can do a deal where you give more players than you receive, and so consolidate the talent on your roster into fewer roster spots so that you can keep all of your talent. The moral – know your roster – and know how it fits in the league in terms of how competitive it can be.

Now it’s time to make some trades. However, don’t make trades for the sake of making trades – this is a common mistake and one I’ve been guilty of. Make trades that improve your team. It is important to note that improving your team and “winning” a trade are not the same thing. The key question that must be asked in a trade is “does this make my team better?” Better could mean to win this year, or it could mean to win in the future – this is why steps 2 and 3 came before step 4.

Since this article is presupposing you were in this league the year before too, you likely know the other managers or most of them, so it’s a great time to update that trade block, post players who are available in the league chat and start having conversations with other managers. I’ve already talked about trade etiquette in this article so go and review that as you dive into the world of trading so that you are making good offers and not being the person that no one actually wants to trade with or enjoys trading with. Then make smart trades to improve your roster and take the next step down whatever road your team is on that should eventually (hopefully) result in a championship.

As the offseason concludes hopefully you’ve moved your team forward from where it was to where it needs to be. Now this of course is not the end. No matter where you are at in a contention window, you should continue to be active, not just on the trade market, but in adding players off the waiver. Every year there are pop-up guys – from the Cedric Mullins of the world to Frank Schwindel. Add them – even if you aren’t contending, and then trade them to a contender for players you want, or if the player fits your contention plan keep them, and you just got a player or the future for at most FAAB or missing out on someone else in a wavier claim. Finally, keep evaluating, constantly. Injuries, player skill changes, and so many other factors make it so that in fantasy baseball you need to constantly be evaluating your team, your league, and making the best decisions for what your next step to be to move towards a title.

Now – back to step 1 and dive into the offseason (of which there is none)!