The 5 Most Important Summer Storylines (and not a single one involves a transfer!!) 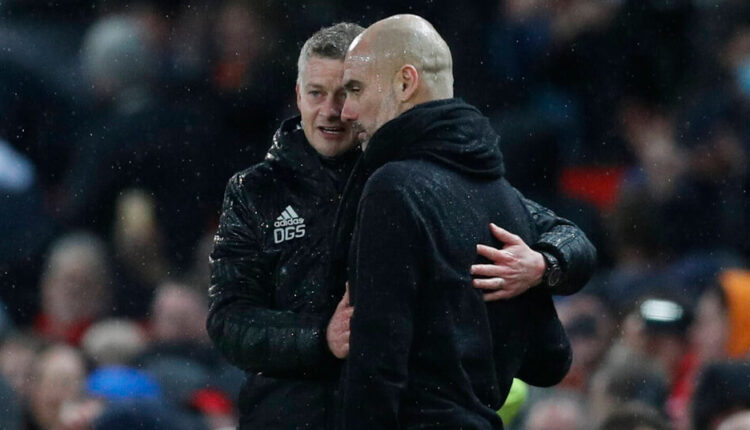 With the exit of England’s last two representatives in European competition over the weekend, the 2019/20 football season can finally be put to bed (let’s be honest, nobody is that bothered about watching Bayern hammer Lyon and cruise past PSG to clinch the Champions League). And with last season now over, we can do the next logical thing and turn our attention immediately to the next one. Last year I wrote a thread about the most interesting storylines to follow during the summer and whilst this year we only have to wait 26 days until our football fix returns, there’s still plenty of worthwhile things to look out for in the meantime. So without further ado, let’s look at five of the biggest EPL summer storylines you need to know about.

Number 1: How long will the Manchester clubs get to recover?

As of this writing, it’s still unclear whether the Premier League will give the two Manchester clubs special dispensation and allow them to start the season later than the rest of the league given their prolonged exploits in Europe. It is generally regarded that an offseason should last three weeks, which would mean that the players return less than a week before Gameweek 1 – clearly not an ideal scenario. Last season Klopp was vocal about allowing Salah, Firmino, Alisson, and Mane all three weeks of holiday at the expense of preseason due to their involvement in the Copa America and AFCON, and it was a decision that led to Mane not starting on the opening day. The scenario for Pep and Ole is far worse, and if the Premier League doesn’t allow an alternative schedule then the lineups we see could have a very strange look about them. (For the record: KDB played 895 minutes since the restart whilst Rashford played 1,105. Compare this to Salah (638) and Mane (671) who haven’t played since July 26th and you can see the issue). On the other hand, if common sense does prevail and there’s a potential blank gameweek for the Manchester clubs in Gameweek 1 (and Gameweek 2??), then that will clearly affect draft and waiver strategy in the opening weeks. Can you afford to double or triple up with players from these teams? Can you maneuver your team to manipulate a potential double gameweek for Sterling/Rashford etc whilst also competing in week 1? There is a hell of a lot to consider here, and it’s all up in the air at the moment. Fortunately, we should know more on Friday when it is believed that the fixture list will be released.

Number 2: What does the fixture list have in store?

The release of the fixture list takes on added significance this year, not just because of the Manchester situation discussed above. In order to ensure the league finishes by May 22nd to give adequate preparation for Euro 2021 (née 2020), a condensed schedule will be needed that has already dispensed with F.A. Cup replays, one of the international breaks (thank God!!), and the two-legged league cup semi-finals. All of this also means that it is probable (according to fixture guru and Twitter legend Ben Crellin) that we will see blank fixtures for certain teams in Gameweeks 18 and 29, and double fixtures for certain teams in Gameweeks 19 and 26. Now, this is all a long way away – Gameweek 18 is not until January given the later start – but it is still worth keeping an eye on and making a mental note of which teams could benefit. You can never be over-prepared.

Finally, notwithstanding blanks and double gameweeks, and potential issues with the Manchester clubs, the release of the fixture list is always a good thing to keep tabs on. If Leicester, for example, get what looks to be a soft opening slate then the likes of Vardy and Maddison could well become first-rounders. Likewise, if, say, Arsenal gets a tough set of fixtures, it might be advisable to drop Aubameyang and Willian down a tier.

Number 3: Where will Michail Antonio (and a few others) line up?

Two of the great things about Fantrax are that: a) each off-season player positions get objectively reassessed to ensure maximum accuracy with the “real world”, and b) the huge array of customization allows each league to individualize and override any player positions they see fit. The first part of that has resulted in big names like Saint-Maximin becoming a midfielder and Mahrez becoming a forward in the “official” Fantrax positioning, amongst a bunch of other changes. One name that hasn’t changed position is that of Michail Antonio. The West Ham man remains a midfielder but played the majority of the restart as a forward. Given that currently the only forward on the Hammers’ roster is Sebastien Haller, it wouldn’t be unreasonable to think that Antonio may continue to lead the line for David Moyes. If this is the case, it greatly adds to his value, so make sure you check in on the pre-season friendlies of West Ham to see where he lines up.

Other interesting ones to look out for will be Saka (the man has played pretty much everywhere for Arteta so far, but is now classified as a midfielder), the City duo of Zinchenko and Fernandinho (both making the switch to defender…where clean sheet points are now applicable), and Saint-Maximin (now a midfielder but often given a free-role under Bruce). One final thing to bear in mind with regards to these changes is how it shifts the balance between positions. Last season the depth of midfield quality was shallow, making the likes of KDB, Fernandes, Grealish, and Maddison even more valuable than normal – and forcing a manager to perhaps reach a little for them. Now the midfield pool is deeper (on paper) and matches that of the forwards, it means that draft decisions can be based more on “best player available”, and less on “what options will I be leaving myself in future rounds”.

A number of teams have gone into the off-season – and will come into the new season – with injuries to key players, but nobody is doing so with injuries to three high-value fantasy options like Leicester City. Ricardo Pereira is arguably the number 2 defender in the game. James Maddison is a certifiable 2nd rounder with a current ADP of 17. And Ben Chilwell’s last two seasons have seen him have an 11.3 FP/G and an 11.4 FP/G. All are injured, and right now, their returns are unknown. Of the three, Maddison is presumed to be back the quickest, “hopefully” ready in time for the start of the season, but even if he does start in Gameweek 1, will he hit the ground running? We saw with Aston Villa’s John McGinn during the restart how it can be difficult for players to come straight back and perform after a big injury. This is definitely something that needs monitoring. The bleakest outlook is that of Ricardo Pereira. Ben Dinnery (tied with Ben Crellin as the greatest Ben on Twitter) recently suggested the right-back may not play until after Christmas. If this is the case, the defender becomes undraftable in many leagues. Nevertheless, with each setback there comes an opportunity, and this may be in the form of James Justin. The youngster played every single minute for Leicester post-restart (only Vardy did the same) and had an FP/G of 8.3, yet still looks likely to go under the radar given that his current ADP is 213.

Number 5: Will the Southampton bandwagon get derailed?

Each summer there’s always one team that becomes a popular “under-the-radar” pick. So much so that they actually become “over-the-radar” (is that a thing? Probably not.). This summer that will be Southampton. Ralph Hassenhuttl’s men ended the season fantastically, earning 18 points post-restart (tied for 3rd best in the league) and accumulating an XG of 14.9 (4th best). From a fantasy perspective, Danny Ings was the 4th highest scoring forward during this time, midfielders Redmond, Ward-Prowse, and Armstrong had the 8th, 9th, and 13th highest FP/G’s, respectively, and defenders Vestergaard and Bednarek also had FP/G’s in the top 20 for their position. According to Understat, Southampton should have finished 7th, not 11th.

All of these things point to a hugely promising 2020/21 season for the Saints. Some of the more prepared fantasy managers know all this already. Others will soon know it. And by the Community Shield, everyone in your league will know it and Bertrand and Walker-Peters will become as coveted as Robertson and TAA (okay, maybe it won’t go that far, but you get the point). Like all good bandwagons, this one has the potential to go off the rails, and watching Ings and co during pre-season will be essential in order to know whether you need to jump off before your fellow league managers, or jostle for the best position onboard.

Buy Into These Hitting Prospects