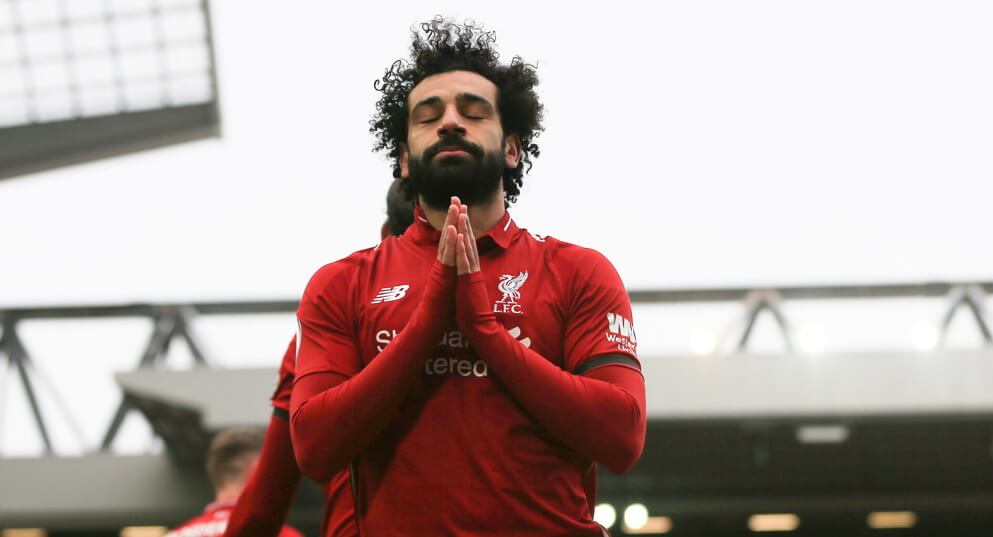 During the last international break I brought to you the 12 Types of Fantrax Fantasy Soccer Manager. Whether you were being described as ‘The Silent One’, denying that you were ‘The Clueless One’, or finding out that you were ‘The Last Resort’, it at least provided a brief interlude from the torture that is the International Qualifiers.

The 12 Types of Gameweek

With this time to while away the time until the Premier League returns, I present The 12 Types of Fantrax Fantasy Soccer Gameweeks! Again, no statistics, no data, just some scenarios that I’m sure we’re all very familiar with…

Putting up 125 points will win you your matchup nine times out of ten…but we’ve all experienced that tenth time. Any other week and you’d have won. In fact, any other opponent and you’d have won. But alas, lady luck is not on your side. Dealing with the hard luck loss is a classic case of the glass half full/glass half empty conundrum. Some will take the positives from it: the team is clearly good, these things will even themselves out over the course of the season, it happens to everyone eventually… Others take a slightly different approach…the ‘Kevin Keegan’ approach, if you will. The group chat becomes a group rant and anyone who pipes up receives a bitter put down. This approach receives a lot less sympathy from the league, but it just feels so much better.

Annoyingly for the Hard Luck Loss manager, the Embarrassing Win almost always seems to occur in the same gameweek. 126 points for the win? Na. Try 60. Who needs double-digit scores from a player when you can get by with your premium talent having an off day and your waiver pickups producing absolutely nothing (that’s probably why they were waiver pickups…). Like before, there’s a quiet way and a not-so-quiet way to celebrate this type of matchup. I vote the not-so-quiet way. It’s not your fault Dave is at a wedding and forgot to check his line-up – a real manager prioritizes Fantrax over such trivial occasions. They say champions grind out results even when they aren’t playing well, so you might as well start planning the title celebrations now (by the way, this cliché isn’t true).

The Everything You Touch Turns To Gold

You know that little voice in the back of your head that says: “Go on, get Mark Noble, he’s due a big performance”? This is the weekend that, for some reason, you actually listen…and it pays off. It’s also the weekend that Pep starts Aguero and Jesus – which is great news because you’ve owned both all season in an attempt to win at Pep roulette. Obviously they score four between them. Then another free agent acquisition (Fleck/Mousset/Hourihane – delete as appropriate) goes and scores too! Where was all this luck last week during your Hard Luck Loss? Finally, the icing on the cake comes in the last game of the weekend. You’ve already won, but why not start Lundstram over Aubameyang? 90 minutes and one clean sheet later, bragging rights and the week’s top scorer award belong to you. If only every weekend was like this.

The One That Was Over Before It Even Began

It’s barely been ten minutes since the last game of the weekend finished, but already you’re looking ahead to your next matchup. Whether you’re assessing the possibility of continuing that unbeaten run or wondering whether you can halt that slide down the table, a good manager will always have one eye on the next opponent. Unfortunately, this week that eye is telling you that a loss is incoming. For starters, your opponent has VVD and Robertson…a nice defense that looks even nicer when you see that Liverpool are at home to Norwich. Your star man just picked up his fifth yellow card so will miss the next game. Your first-rounder is away at Man City. Then the icing on the cake comes midweek when two of your regulars pick up injuries in – of all things – a third-round Carabao Cup game. This one is over before it even began.

These are without a doubt the most painful matchups. Losing always hurts, but losing because of your own rookie mistake is excruciating. We’re not just talking Captain Hindsight situations here, like “I probably should have gone with Deulofeu at home rather than Tielemans away’. We’re talking real amateur errors. Like starting Mahrez even though he’s on the bench because surely he will come on (guess what, he didn’t)? Or leaving in David de Gea away at City because he’s your keeper and you’re not going to start messing around with them (hint, you should). Or not countering with an available Everton defender when your opponent’s only good player is Lucas Digne (yep, that clean sheet has done you). Fantrax EPL is a beautiful learning curve and there are plenty of ways to lose…don’t let this way be one of them.

I love Friday Night Football. It’s a great way to start the weekend. Until Ben Chilwell rocks up with 53 points for your opponent that is – that’s almost as many as you got in your Embarrassing Win two weeks ago! But victory from this position isn’t unrealistic – it’s not in the monumental comeback category. The Monumental Comeback is when your opponent also has 44-point Jamie Vardy. Now we’re really talking uphill struggle. Some managers would quit in the face of such a task and just enjoy a Fantrax-free weekend, but where’s the fun in that? If you can win from here your fellow managers will look towards you like the fantasy God that you are. Fast-forward 48 hours and your midfield trio of Pulisic, De Bruyne, and Henderson have propelled you to the most unlikely of victories. It’s the stuff of legend – a story you will tell your grandkids. You. Are. The. Man.

These are the matchups that make Fantrax so great. It’s injury time in the final game of the weekend and there’s less than a point between you and your opponent. You are watching Norwich vs Watford more intently than Delia Smith and Elton John combined. Literally nobody has ever cared so much about such a mediocre game of football. But one key pass…one aerial won…one accurate cross…the fate of your matchup, your season even, could be lying at the feet of Onel Hernandez. Seconds remain…a successful dribble could give you the lead but he’s just strolling to the corner instead to waste time…”Take him on!!” you scream at the TV whilst your better half stares at you like you’ve lost your mind. And then…out of nowhere…Jose Holebas…what’s this…a reckless tackle? Surely not! It is! Yellow card! Minus three points for your opponent! You’ve done it!!! The greatest victory of all time and it’s all down to Holebas having the self-discipline of a three year old. A win’s a win.

The It Never Rains It Only Pours

They say luck evens itself out. Well if that’s the case, you should be excited about the numerous 120 point scores you’re going to be putting up over the next few gameweeks. That’ll be the only fair way to compensate for what transpired this weekend. Own goal? Check. Red card? Check. Injury early in the game? Check. Multiple players subbed off? Check. Surprising benching for your star player? Check. None of this can be foreseen, so you shouldn’t feel too down about it. But that’s easier said than done, especially when the rest of your league takes pleasure in reminding you of your 40 point score at every opportunity. Maybe turn off the notifications in the group for a while.

The team sheets for Monday Night Football are about to come in. You are a few points down, but you still have one player left and your opponent has nobody. Or at least, you thought you had a player left. Inexplicably, Unai Emery has decided to leave Dani Ceballos on the bench! What to do?? Risk that he comes on? You did that a few weeks ago in The Rookie Mistake and it didn’t work. Is there anyone to pick up? You head over to the ‘Players’ tab…nope, nope, nope. You’re sure Torreira was there earlier in the day when you were procrastinating at work. And why would anybody have United’s Pereira? A quick scan of the transaction history shows they’ve both been picked up minutes ago…by someone who is just leaving them on their bench…what’s going on there?? Hang on, that’s Dave who’s grabbed them – wasn’t he the best man at your opponent’s wedding last week? This is all sorts of dodgy. You’re not happy, but all is fair in love and Fantrax. Alliances win leagues.

There’s always that one person in your league that you just have to beat. You’re not even sure how this rivalry started. They probably just mugged you off once in the group chat. Or were they the opponent in the Shady One last season? You can’t remember for sure, but what you do know is that a loss this weekend will be more painful than watching Ozil in a game that actually matters. Forget thinking a few games ahead: waivers, trade targets, free agents…they need to have an instant impact. The trash talk in the build-up is intense and raises the stakes even further. A loss now and you won’t be able to show your face for at least a few weeks. Ecstasy or agony lies ahead: traditional FPL doesn’t have this.

The business end of the season is upon us: titles are being challenged for, playoff places are being sought after, and wooden spoons are edging ominously closer. But that alone is somehow not enough. The footballing Gods, taking a leaf out of the Arsenal board’s approach in signing David Luiz, have decided that the only way to improve it is to throw more chaos into the mix. Welcome, the Double Gameweek. Many a record has been broken in the DGW. 200-pointers are not uncommon. Of course, the clever manager plans for this. They sneakily accumulate four Southampton players who have home games against Watford and Bournemouth coming up. You thought it was odd they traded for Ward-Prowse, but Ward-Prowse with two fixtures is basically KDB. Be the clever manager.

Rarer than a humble Liverpool supporter on Twitter, the Fantrax draw is a beautiful thing to witness. Some would say there are no losers in it. I prefer to think of it as there being no winners. The worst thing about the Epic Draw is that you waste an hour of your life after the final game of the weekend clicking refresh, knowing that one miscalculated cross or interception could get rectified and make all the difference. It doesn’t. Ultimately though, the Epic Draw is a novelty event. The equivalent of the Club World Cup. It’s mysterious, exciting, fun…and then after about two minutes, you realize it’s just going to mess everything else up and nobody really cares.

How many have you had this season? Let us know in the comments below.