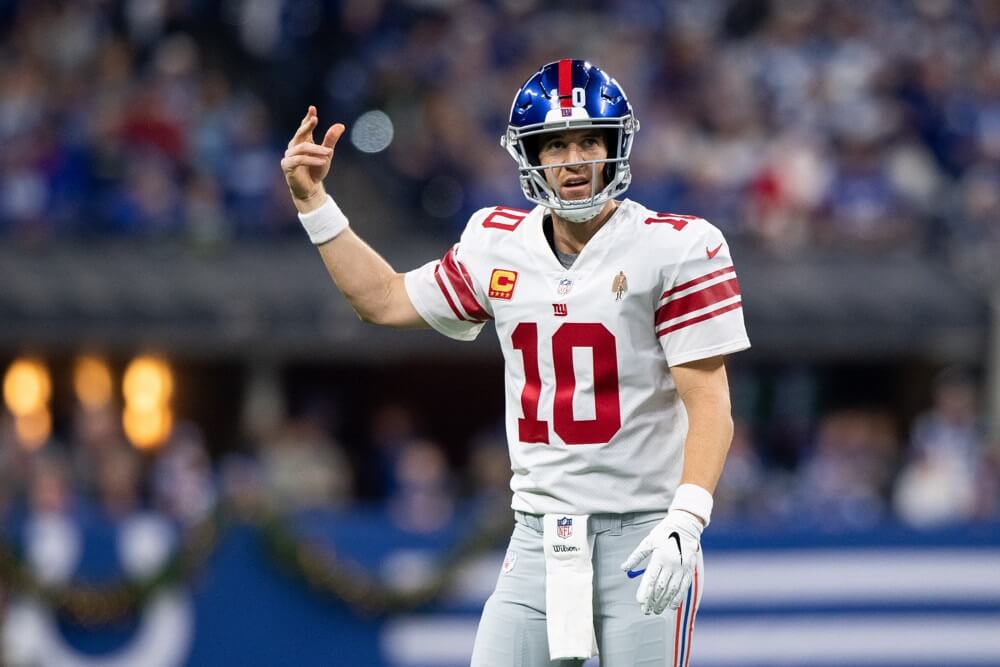 The NFL Draft is getting nearer by the day! If you missed it earlier this week, I wrote about the needs of NFL teams heading into the draft. The focus of this is purely for fantasy football, so I am only addressing teams needs at the main fantasy positions. Let’s get back into it!

The Giants have a bunch of needs, starting with a new general manager. But since that will not happen soon, Dave Gettleman will be addressing the QB position in the draft. Eli Manning is not only old and washed up, but he is in the final year of his contract. The Giants hold the sixth pick and very well may take their QB of the future. Dwayne Haskins and Daniel Jones are the names you hear most rumored. There is a chance Jones falls to the second if the Giants don’t take a QB in the first.

The Giants also need a WR after trading away arguably the most talented one in the league. While they did sign Golden Tate, he is best in the slot, as is Sterling Shepard. The Giants should seek a legit outside wide receiver in the later rounds. Some options that would fit are Parris Campbell, Riley Ridley, and JJ Arcega-Whiteside.

The Raiders made two big splashes bringing in Antonio Brown and Tyrell Williams. That gives Derek Carr the best weapons he has had since Amari Cooper and Michael Crabtree. Yet, there are questions if Derek Carr is the long-term answer. The Raiders may elect to select a QB and there were rumors of Gruden targeting Kyler Murray if he falls. Don’t forget they have the picks necessary to move up if they really wanted him. They also need a running back, as even if Lynch returns, they should upgrade the position. And, unless they plan to resign Jared Cook, they will need to replace their 2018 leading receiver. They could look to add either Noah Fant or T.J. Hockenson with one of those first round picks to replace Cook. As for the running backs, David Montgomery and Devin Singletary are middle round picks that could be options for the Raiders.

The Steelers traded away Antonio Brown and oddly enough they now find themselves in need of a wide receiver. To their credit, they still have one of the best receivers in the game in JuJu Smith-Schuster and added Donte Moncrief via free agency to go along with James Washington. Moncrief and Washington have a lot of potential but both are far from Brown. Not saying they will be able to replace him in the draft, but do not be surprised to see them add valuable depth to this position. Options that make sense for the Steelers are D.K. Metcalf and Marquise Brown if they decide to address the position in the first round. I more so expect them to be in play on N’Keal Harry or even JJ Arcega-Whiteside or Parris Campbel in the middle rounds.

The 49ers have a stud WR in the making in Dante Pettis. They also have a speedster with good chemistry with Jimmy G in Marquise Goodwin. But after him, they have Jordan Matthews, Trent Taylor, and Kendrick Bourne. While I do like Bourne, the Niners may look to bring in more competition and provide more weapons for Garoppolo upon his return. They may look to add one of those middle round receivers as well.

The Seahawks had a slew of mediocre tight ends catching passes from Russell Wilson. The list includes Nick Vannett, Will Dissly, Ed Dickson, Tyrone Swoopes, and Darrell Daniels. None of that group broke 300 yards or scored more than three touchdowns. The Seahawks should look to upgrade the tight end position to give Wilson another weapon along with Tyler Lockett and Doug Baldwin. We saw just a year ago what Wilson can do with a talented tight end when Jimmy Graham scored 10 touchdowns. Noah Fant, T.J. Hockenson or Irv Smith Jr. in the early rounds would really help upgrade this offense.

The Bucs have a great one-two punch at the receiver position with Mike Evans and Chris Godwin. They did sign Breshad Perriman to be their wide receiver three, but that is not enough to replace DeSean Jackson and Adam Humphries. I would like to see them draft Parris Campbell as a DeSean Jackson replacement. Oh, and I’ll just say it here: Chris Godwin is going to be great in 2018 but he will certainly come with a ton of hype. O.J. Howard is the Bucs weapon I am really excited to draft.

The Redskins seem to have no luck. Alex Smith suffered a severe injury and his career is in jeopardy. While we are all hoping he is able to return, the Redskins need to address the quarterback position. Not only is Smith no guarantee to ever play again, yet play alone play well, he no longer can be the long-term plan for the organization. While Colt McCoy and Case Keenum can battle it out to start this year, the Redskins really should draft a QB. Having the 15th pick it is unlikely that Kyler Murray or Dwayne Haskins falls to them. But if the Broncos pass on Drew Lock he will be an option, as will Daniel Jones. That is not the only position they should look to address in the draft. The Redskins lost Jamison Crowder and Maurice Harris to free agency. While I like Trey Quinn in the slot, the Redskins should look to upgrade out wide. They have Josh Doctson and Paul Richardson currently, but they should target one of those middle round receivers such as JJ Arcega-Whiteside, Parris Campbell, Riley Ridley, or Andy Isabella.

As we get closer to the NFL Draft there will be plenty of rumors to break down. I will have you covered leading up to the NFL draft and then leading up the draft season and throughout the season! If you are already getting the itch make sure to join a best ball here on Fantrax, starting for as little as $10! It is a great way to learn the player pool.

Michael Florio is the winner of the 2018 FSWA Baseball Article of the Year and was a finalist for the 2017 Fantasy Football Writer of the Year. He has hosted video/radio shows, written for a number of print and web publications including the AP, NY Daily News and many more!

NFL Best-Ball: Free Agency and What It Means for Fantasy