Tanner Houck: The Breakout Pitcher of 2022 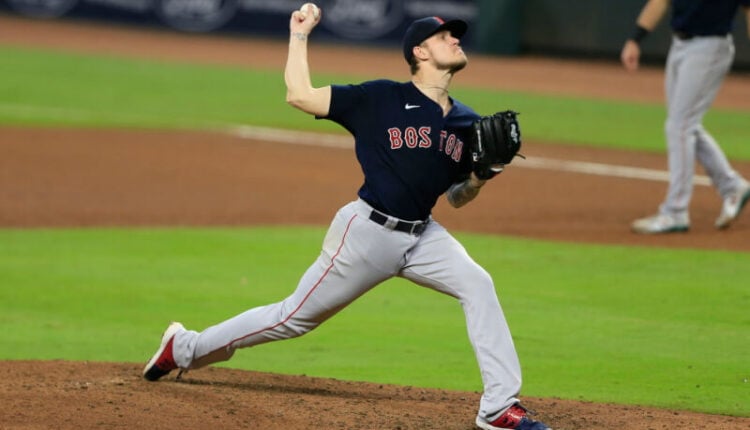 In 2017, the Boston Red Sox at the 24th pick decided to take a young right-hander out of Missouri named Tanner Houck. Houck had accumulated 300 innings of 3.26 ERA ball with 292 strikeouts throughout his college career, consistently making opposing hitters look silly. This was the SEC mind you, arguably the most difficult conference to pitch in the country.

Throughout Houck’s minor league career, he had shown plenty of flashes for what he could provide at the Major League level. Houck starting from A+ ball in 2018 steadily rose his K/9 from 8.39 to 11.14 across three minor league seasons. His HR/9 was always extremely suppressed as he allowed only one season where it reached above one, with the rest 0.83 and under. That tied in well with Houck’s good ground ball rates and his low HR/FB percentages. Houck’s ERA estimators were great too as his FIP and xFIP were all 4.31 or below in all but 25 innings he pitched in AAA in 2019. This set the stage for when he debuted for Boston in the shortened 2020 season and impressed in his short time.

So far in Houck’s career as a big-league starter, he’s pitched 75.2 innings with a 2.97 ERA with 94 strikeouts to go along with 24 walks. Not a bad start to your career and shows how effective you can be in a big-league rotation. In 2021 Boston moved Houck between the starting rotation and the bullpen to where Houck started 13 games and pitched five out of the bullpen in 2021. Houck pitched to a 3.68 ERA in 59 innings as a starter, with an even better 2.61 ERA in 10 innings as a reliever.

When combining the numbers, Houck finished with a 3.52 ERA in 69 innings, which is solid, but his FIP (Fielding Independent Pitching) looked even better, grading out to a 2.58 FIP. FIP is a great measure of a pitcher’s true impact as it takes away a pitcher’s defense behind them and just collects results directly correlated to the pitcher. Houck didn’t just have the advanced earned run average metrics, he also mowed down hitters with a 30.5 percent strikeout rate, averaging 11.35 strikeouts per nine innings. He did this while walking only 2.74 batters per nine, and recorded a very rare feat towards the end of the 2021 season. Houck in Game 2 of the American League Division Series against the Rays recorded his 27th consecutive out recorded on a strikeout of Manuel Margot, which signified a “perfect game” spread across four appearances. That streak reached 30 before Wander Franco broke it up. That’s the type of potential this kid possesses and we’ll get into his arsenal next for why he’s just so hard to hit.

The stuff that Houck possesses is one of the reasons I’m extremely high on him. Houck throws a four-seam fastball, sinker, splitter, and slider as his four-pitch arsenal. I listed the slider last for a reason as that pitch arguably could be the filthiest in the game. Houck’s slider accounted for 41 of his 87 strikeouts in 2021, had a 42.4% whiff rate, and achieved nearly 100 rpm’s more on the pitch than he did in 2020. He also allowed a minuscule .159 batting average and an even lower expected batting average of .144 against the pitch.

His other nasty pitch, being the splitter also took some real steps forward as he continues progressing as a pitcher. Houck more than doubled his splitter usage (3.0% – 7.4%) as he had said he consistently worked on his grip and release of the pitch in the offseason. It worked out well as it had a .059 batting average against, along with a 36.8% whiff rate. Houck, who had mostly become a fastball and slider guy since he was drafted, has now managed to work in an effective splitter to go along with a sinker that progressed over the latter half of the season to form a very solid four-pitch mix that he’s going to have in place for 2022.

What to Expect from Tanner Houck in 2022

Does Tanner Houck have a spot in the rotation?

Tanner Houck to me is the most likely candidate to earn a spot in the starting rotation to begin the 2022 season. He basically claimed the fifth spot out of necessity due to injuries and pitched to a 3.38 ERA in 15 games (11 starts) over 58.2 innings post-all-star break. Houck will be competing for a spot in 2022 with the combination of Nick Pivetta and Michael Wacha, as there will be two spots open between the three players. That is because Nathan Eovaldi, Chris Sale, and James Paxton seem to be locked with health permitting.

A big reason outside the strikeout upside Houck possesses that I think has him on the inside track to the job is his growth in his walk rate. One of the things that’s important for starters is to keep walks to a minimum. That’s so one obviously you don’t allow free baserunners but second, it allows starting pitchers to pitch deeper into games. Houck had struggled with walking batters in 2020 where he walked 4.76 batters per nine. That number in 2021 decreased by a huge margin, by obtaining his lowest walk rate at any level of 2.74 batters per nine.

But let’s talk about another scenario too. Let’s say he doesn’t get the spot because some might say he’s only pitched into the sixth inning four times in 16 career starts, and never into the seventh. So instead of him being a starter, what if he becomes a multi-inning reliever that becomes a godsend for your ratios and racks up strikeouts like they’re going out of style. Houck could piggyback a starter and come in the third or fourth inning, go once through the lineup in three to four innings of work, and net you some cheap wins. Not only that, but Houck’s slider could potentially do even more damage with lineups only getting to see it once, and he could become one of the best weapons in baseball. Not necessarily a bad fallback option.

At the end of the day, the biggest question with Tanner Houck is he still needs to prove he can handle lineups two and three times through the order on a consistent basis and pitch deeper into games. The potential is there and 2022 is the time for him to put everything into action if he wants to make a name for himself in this league. Houck continues to improve and you combine his stuff with the poise he already possesses on the mound, you have a guy who hasn’t even come close to his ceiling.

Right now Houck’s ADP according to the NFBC is 197.85. That is way too low for someone of Houck’s abilities and most likely only because of the uncertainty of him starting in 2022. Right now is when you can buy that huge dip in price because he hasn’t been announced as a starter and his ADP will almost certainly rise if and when it’s announced. I think grabbing him anywhere after pick 150 would be perfect, in the Luis Garcia, Marcus Stroman, Ranger Suarez, Michael Kopech, and Sonny Gray range.

NBA Covid Call-Ups and Step-Ups: Who can stick?