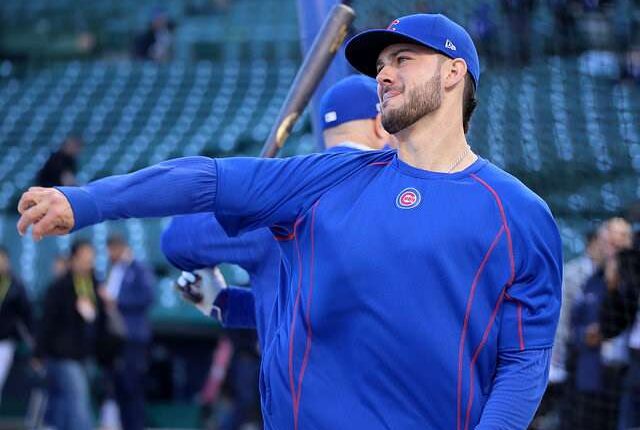 Projection systems are one of the most prominent tools we use every draft season. While they may not be perfect, they generally do a better job of predicting a player’s performance than the average person. One of the most widely cited and accurate projection systems out there is Steamer. Using Steamer projections, I found pairs of hitters that compare similarly but are being drafted rounds apart. Using Fantrax ADP, could we identify potential value hitters? Are some players being over-drafted? Doing this could open our eyes to hitters we may not have noticed before. Let’s take a closer look and see what we find.

The projections for Eugenio Suarez and Mike Moustakas are remarkably close. But, the comparisons don’t stop there. The similarities between these teammates are incredible, down to the Statcast metrics. Their average exit velocity was within 0.1 mph of each other. And their average launch angles were separated by a 0.7-degree difference. So why did Suarez have an xBA of .248 to Moustakas’s .263? And why did Suarez have a 14% barrel rate to Moose’s 10.3%? The contrasts I see lie in their strikeout and pull rates.

The bottom line here is that I really don’t think these hitters are going to be much different in 2020. The potential stats for Moustakas in Cincinnati are excellent. Especially if he adjusts to the park and pulls the ball more. Suarez will come down from the 29.5% HR/FB rate he had in 2019. And if his strikeout tendencies continue, the Steamer projection of his average could be spot on. Moustakas 60 picks later is going to be an incredible value, and he has second base eligibility to boot!

Here’s another one that Steamer projects to be very close. While I like McNeil, Bryan Reynolds is one of my favorite targets outside of the top 150. Reynolds is an excellent hitter, never having hit under .300 at any level. This includes his Major League debut last season in which he hit .314 with 16 home runs and three steals in 134 games. All three of Reynolds’ steals came out of the two-hole. He didn’t attempt a steal when batting in any other spot in the lineup. Reynolds is projected to hit second or leadoff in 2020 and could raise his steal total.

McNeil did have a better season hitting .318 with 23 home runs and five steals in 133 games. Though, much of the power production came in the second half in which he hit .276 with 16 of his 23 home runs. His 23.5% HR/FB rate in the second half is well above his career average of 11.4%. So, I’m not exactly buying that pace as sustainable. Especially given his uninspiring Statcast numbers.

When you take a look at their Statcast pages, Reynolds outperforms McNeil in just about every metric aside from their strikeout rate. When looking at xBA, xSLG, average exit velocity, hard-hit rate, sprint speed, and barrel percentage, Reynolds comes out on top. McNeil does have multi-eligibility at second and third base, which is valuable in itself. But, just looking at stats for your fantasy team, Reynolds may produce the same or better numbers than McNeil making him one of this year’s top value hitters.

I really like Tommy Edman. Although, I understand the conservative projections for him even after the flashes of brilliance he displayed in 2019. Taking him where he’s going now does not come without risk. He’ll be competing with Tyler O’Neill, Harrison Bade, Lane Thomas, and eventually, top prospect Dylan Carlson for playing time. Perhaps he gets at-bats at third base as well, but playing time could be sporadic.

On the other hand, Victor Reyes heads into the 2020 season with an outfield job all but secured barring any other free-agent signings. Reyes hit .304 with three home runs and nine steals in 292 plate appearances for the Tigers in 2019. Though the average came with a .384 BABIP, his elite sprint speed should support a relatively high BABIP. With a .292 average against lefties and .309 against righties, he should be safe from a platoon.

At 6’5″ and 215 lbs, could Reyes still have room for power growth? He’s already got the speed component, capable of stealing 20-plus bags this season. And, he did hit 10 home runs in 308 Triple-A plate appearances in 2019. This is one of those comparisons that just opened my eyes to someone that could be one of the better value hitters going late in drafts.

Oh yeah, this one is fun. Willie Calhoun has come up in my Plate Discipline Trends article as someone that is heading in the right direction. While the Steamer projections show a notable difference in production, they have Calhoun getting 120 fewer plate appearances than Bryant. But, there may not be such a difference considering both Delino Deshields and Nomar Mazara have been shipped out of town. Calhoun has the inside track for full playing time going into 2020. That said, I took a peek at what Steamer 600 had to say.

Steamer 600 extrapolates every player out to 600 plate appearances to compare pure skill levels. Bryant’s line looks like a .273 average with 28 home runs, 90 runs, 82 RBI, and four steals. Calhoun’s reads as .273 with 28 home runs, 78 runs, 86 RBI, and two steals. Not much different, are they? Calhoun has significantly cut his strikeout rate while making better contact with the ball. While there’s hope that Bryant returns to his MVP form, Calhoun could conceivably produce similar numbers, much later. Join me in taking advantage of the value.

This one is pretty mind-blowing. Anthony Rendon hitting under .300 when he’s hit .319, .308, and .301 in each of the last three seasons? Perhaps this is the new team being taken into account. Sometimes, we see hitters pressing during their first year in a new city. I’m willing to bet the over on his average going into the season. The projections don’t really change my view on Rendon. What this comparison did make me realize was, are we too low on Rizzo?

Even more than Rendon, Anthony Rizzo has been a staple of consistency for years. Perhaps Rizzo is being unfairly knocked for nagging injuries in 2019. He achieved 613 plate appearances after putting up no fewer than 665 in each of the previous four seasons. Even so, he still managed to hit .293 with 27 home runs and five steals. Rizzo has hit at least 25 homers in each of the last six years, including four 30-plus homer seasons. Consistency like that is a valuable commodity.

Soler Power vs. The Franimal. Two hard-hitting sluggers going 90 picks apart. There was a bit of prospect fatigue with Jorge Soler as we waited for his breakout. It finally happened last season with 48 home runs for the Royals. Soler managed to play in all 162 games for Kansas City, amassing 679 plate appearances. Franmil Reyes had 37 home runs, not too shabby. Especially considering he had over 130 fewer plate appearances than Soler.

Defensive liabilities and a weak-side platoon limited Reyes’ playing time in San Diego last season as he struggled to hit for average against righties. Now in Cleveland, he’ll be the everyday designated hitter. As far as how hard he hits the ball, Reyes is very similar to Soler. Both had a max exit velocity of 115. Reyes actually had a higher average exit velocity at 93.3mph compared to Soler’s 92.6. But Soler had a better barrel rate at 16.9% to Reyes’ 14.8%. So, how does Reyes get to where Soler did in 2020?

This is another perfect example of why average exit velocity isn’t the be-all and end-all. All season, I saw Reyes underperforming his xBA and kept waiting for it to turn around. When you look at his ground ball rate of 43.8%, it all makes sense. So, hard-hit balls increase his xBA, but he won’t be running out any grounders at his size. What Reyes needs to do is raise his launch angle. On fly balls and line drives, his average exit velocity was 98.2mph. Soler’s was 97.2mph. At 24 years-old and with the power he’s already displayed, I’m going to be drafting a ton of Franmil Reyes as a value hitter. We’re talking about a young slugger who hit 37 home runs being an adjustment away from unlocking even more power. Sign. Me. Up.

Who are your top value hitters for 2020 Fantasy Baseball? Drop a name or two in the comments below. We promise not to share them with the rest of your league!

Projections vs. ADP: Second Base Busts and Overdrafts