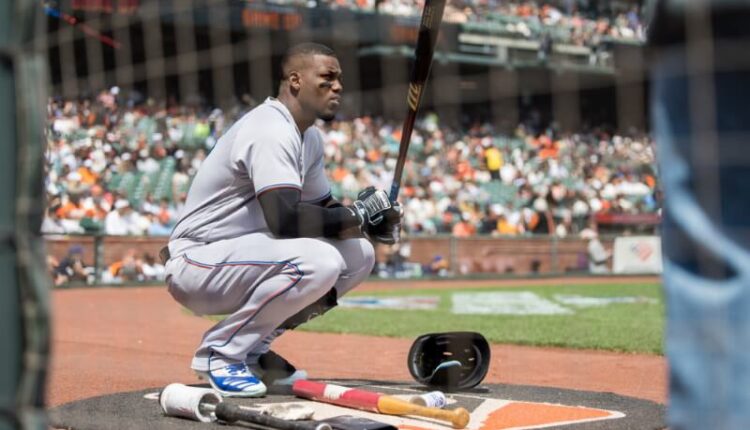 I have a leaderboard that you can find here that looks at every percentile for all hitters.

Today I will look at several players standing out in 80th percentile exit velocity, who may not be getting the results you expect, but better days could be ahead.

It should not be a surprise as Soler had a plodding start to the 2021 season before heating up and dominating in the second half. He has been hitting the ball hard all season in 2022 and stands out in 80th and 90th percentile exit velocity, ranking fifth and fourth, respectively. His statcast data and hard-hit metrics are excellent. 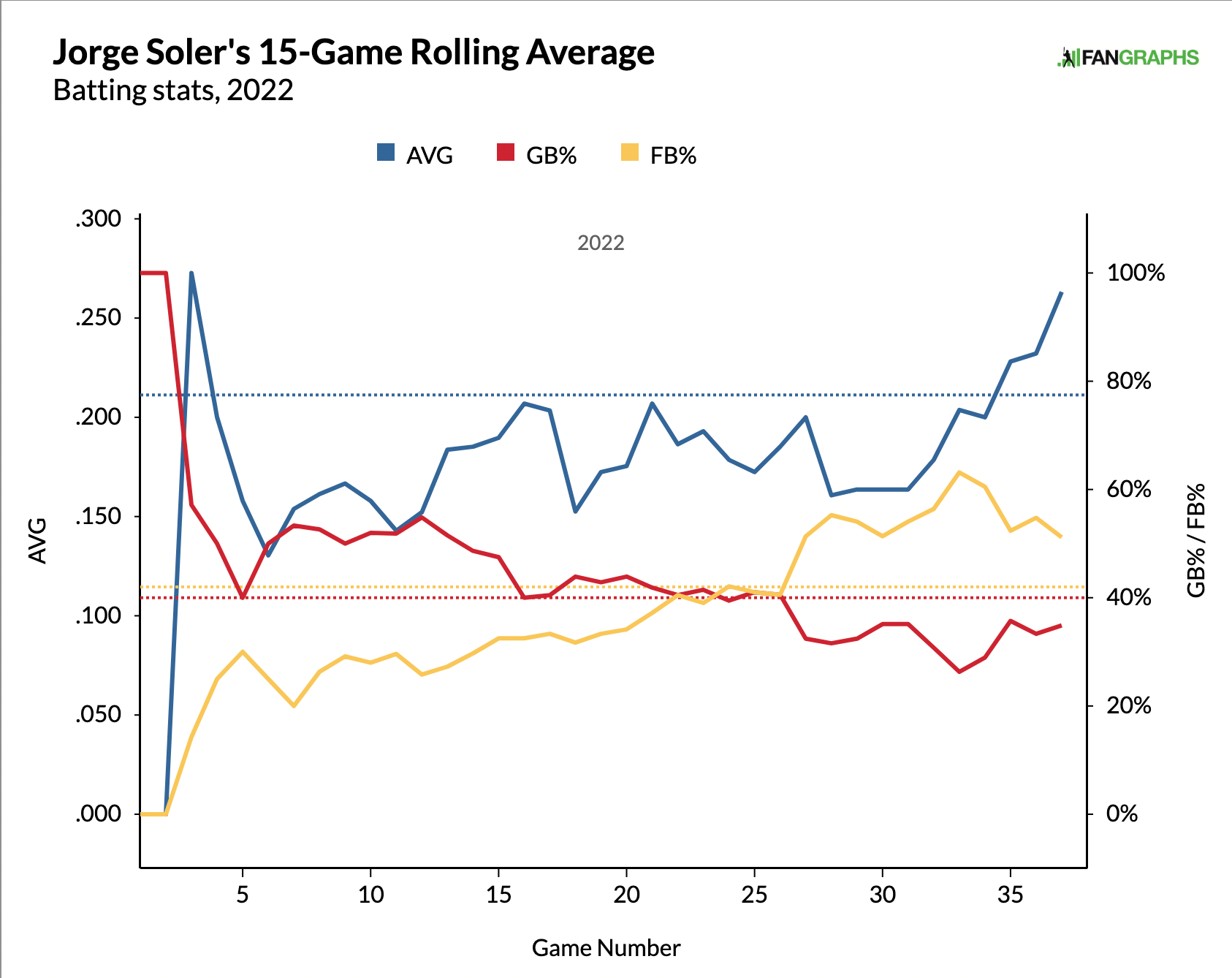 Joc is having the typical Joc-type season so far in 2022. He is in a strict platoon, but he is on the strong side. So far this season, he is slashing .234/.302/.489 with seven home runs and even has a stolen base. He is making excellent contact with a career-best 79.6 percent contact rate and 86.5 percent zone contact. Pederson’s statcast metrics are off the charts as he ranks 95th percentile or better in average exit velocity, 80th percentile exit velocity, hard-hit rate, xwOBA, xBA, xSLG, and barrel rate.

Pederson’s 80th percentile exit velocity ranks 10th among all hitters. There is no denying his power, and being in a strong-side platoon plays to the fantasy manager’s advantage because you know he won’t kill you in batting average yet still provides excellent power. He has seven home runs in 106 plate appearances, making 30 feel very attainable. If his batting average can hover close to .250, you will be pleased with the fantasy production from Joc Pederson.

J.D. Davis is seeing inconsistent playing time and is putting up horrible numbers so far in 2022. You are probably asking yourself, “Why is Chris writing about him?” Surprisingly, Davis’s 80th percentile exit velocity ranks 13th among all hitters. His average exit velocity also ranks well at 25th.

It has not done him much good, however. Davis has 81 plate appearances on the season and has a .188/.296/.290 slash line with one home run. You never went to see someone have a slugging percentage lower than their OBP. His contact rates are up from last season, and his strikeout rate is down. He does have a low BABIP, but only .261, which is not crazy low.

Davis has been a victim of bad luck, according to his xStats. He has a .270 xBA, a .376 xwOBA, and a .487 xSLG. His wOBA minus his xwOBA is third-highest in baseball. Statcast data suggests Davis could see better days ahead, especially if he were to be traded out of New York to a place he could play every day. Davis is a deep league buy but could be worth looking at with the chance he gets going and sees more playing time.

It is honestly baffling that Harold Ramirez does not have a home run this season. His 80th percentile exit velocity ranks 24th among all hitters, and his max of 113.7 mph ranks him in the 94th percentile.

Ramirez is earning more playing time, hitting the ball hard, striking out less than 10 percent of the time, and has the highest xBA in all of baseball. Somehow he has just a .323 slugging percentage. The more significant issue remains his high ground ball rate of 54.8 percent. He has just a 20.2 percent flyball rate which hurts his chances for home run power.

It may be a complete mirage, but I am interested in seeing what Ramirez could do with everyday playing time, especially if he keeps hitting the ball as hard as he is.