The 2018 season is less than two weeks old, and we’re approaching the point where we have a large enough sample size to feel comfortable analyzing meaningful statistics. Most analysis to this point, and even for the next week or two, will be subject to small sample size caveats and is not predictive of future success unless you choose to act on it as a hunch. The first metric to reach its “stabilization” point is strikeout rate for both pitchers and hitters. Some of the other key metrics are detailed below per work from both the FanGraphs and Baseball Prospectus team (link here). As a point of context, your 2018 league leader in plate appearances is Marcus Semien with 48, and the pitcher with the most batters faced is Carlos Martinez with 56.

All of this “stabilization” data isn’t to say that what comes next is meaningless. If we waited until we had a significant sample size on every waiver wire pick-up, we would miss out on every breakout player. The cost of adding a player on a hunch to see if early returns are a sign of a real breakout is so small, and the return so large, that it is imperative to look at these small sample sizes and act quickly on them. The exact cost is league-specific, where shorter benches mean you are more conservative before dropping a player you drafted for the end of your bench, but as your risk tolerance dictates, knowing how close a player is to a metric’s stabilization point can give you more ease about dropping your sleepers who just aren’t waking up. 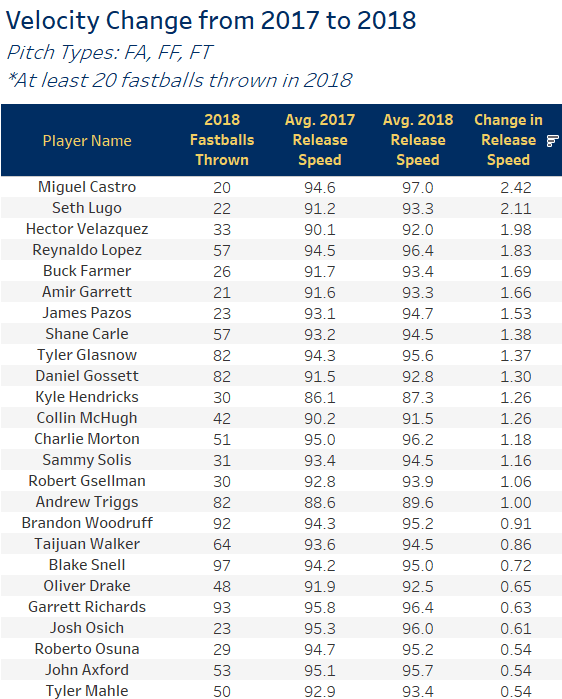 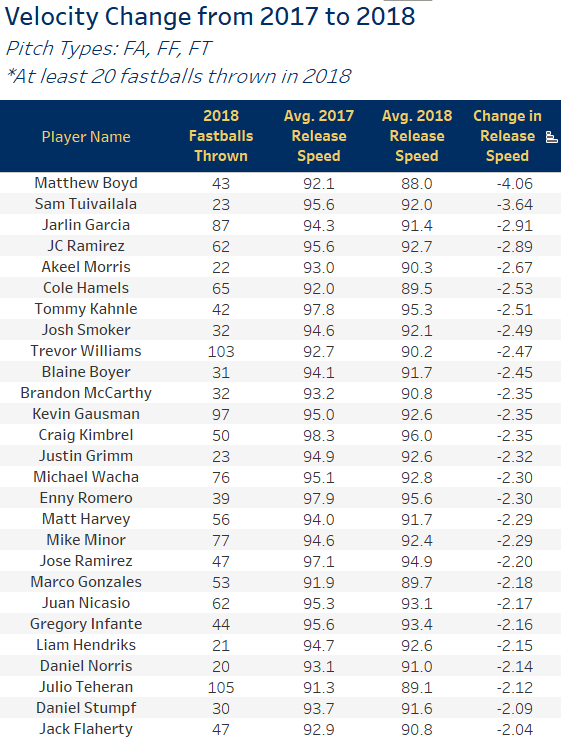 There are a limited number of things to comment on here because we’re still so early and starters have only one or two turns through the rotation. I wouldn’t act on any negative sign you see here, but do pay attention to these players and their next few times out because a prolonged stretch of decreased velocity could be a sign of injury. It is also worth nothing that I removed cutters off of this list. It was giving some misleading results for pitchers who throw two varieties of fastballs. Players appeared to be on this list due to declined velocity, but really it was just a change in pitch mix and leaning more or less heavily on the cutter.

I’m altering the approach here this week. Instead of looking at increases/decreases of launch angle, I decided to look at which hitters are squaring the ball up at a higher rate. Using baseballsavant.com’s launch angle historical data, I decided to use the 7 degrees to 26 degrees as the “optimal” range. This includes all angles with which the expected batting average is above .500. The table below gives a full breakdown of expected outcomes by launch angle. 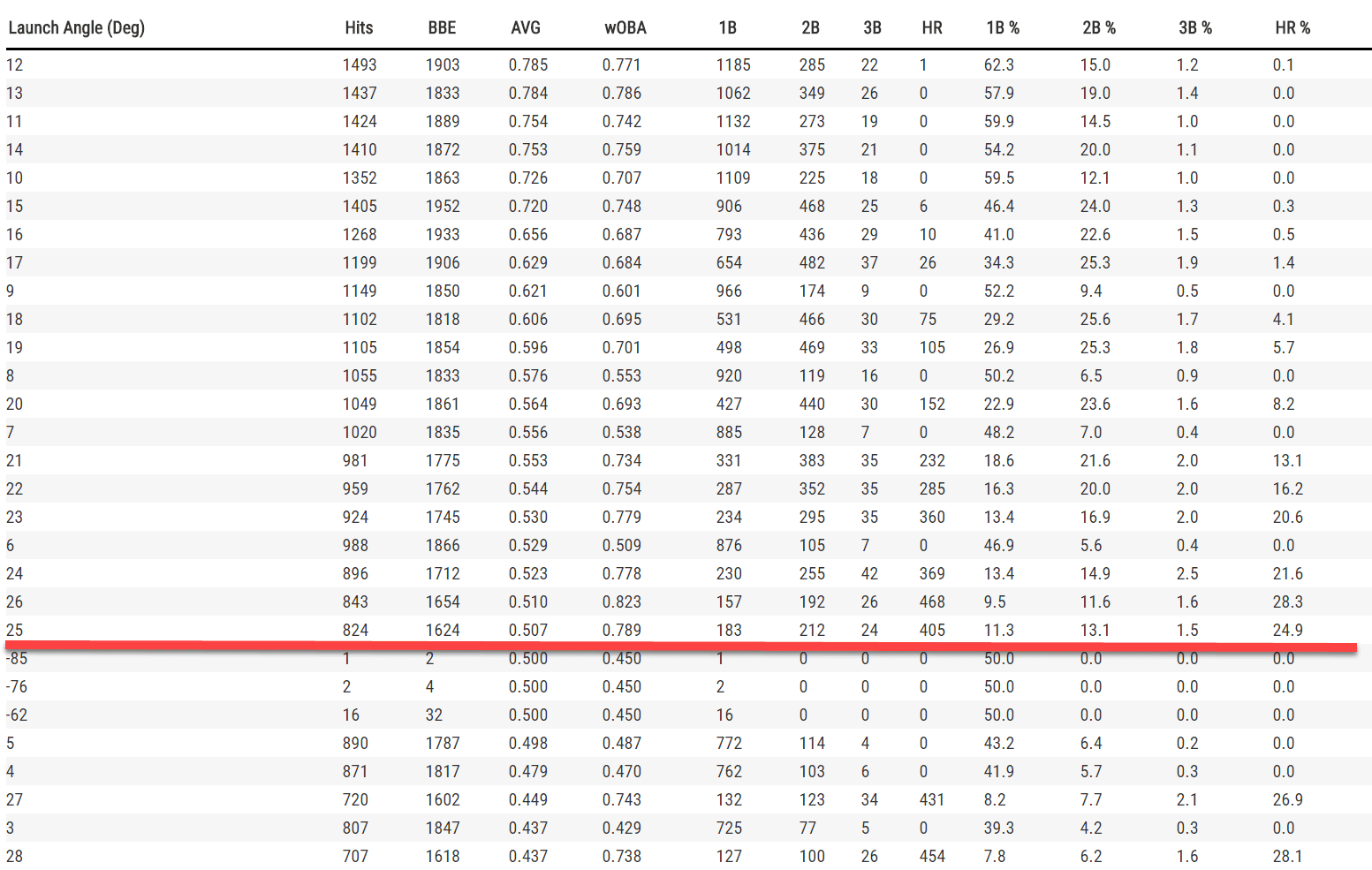 Using this 7 degree to 26 degree range, the table below shows which players are hitting in this range more frequently than 2017: 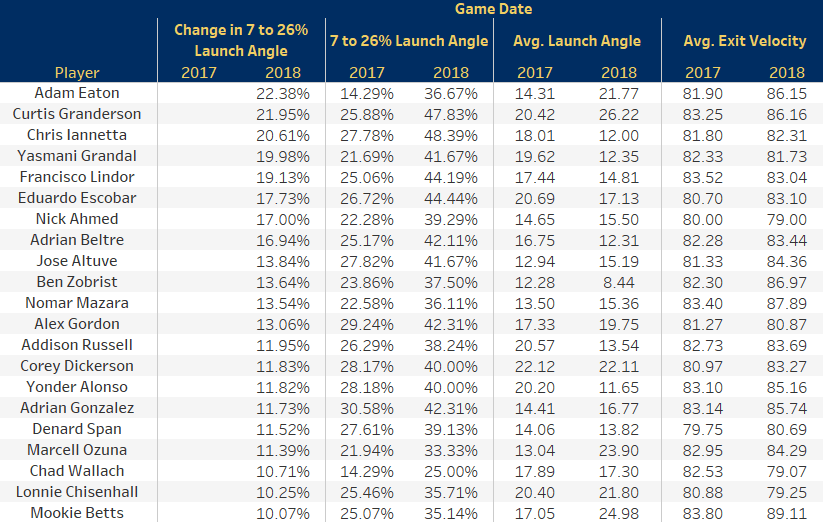 That’s all for now. I hope this data points you in the right direction on your early-season hunches. Again, this will evolve and continue to become more valuable as we get a larger sample size for 2018. If you have any questions or suggestions for improvement, please don’t hesitate to reach out on Twitter (@BrianCreagh) or via email ([email protected]).

The Closer Catch-Up: Keeping Up with Kenley